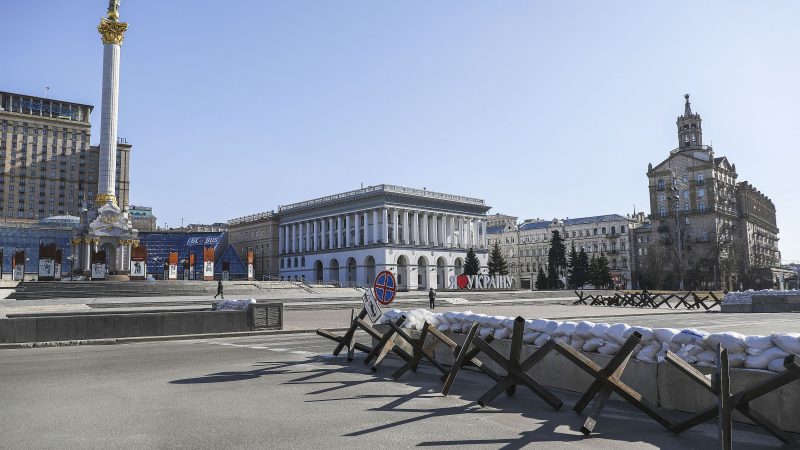 *The story will be updated as it unfolds.

The surprise visit, meant as a show of solidarity with Ukraine, comes amid deadly Russian strikes on the Ukrainian capital, which has nearly been encircled by Moscow troops, and as Russia and Ukraine are due to resume talks to end the nearly three-week war.

According to an official announcement by the Polish government office, the trip was organised in agreement with European Council President Charles Michel and European Commission President Ursula von der Leyen.

“The purpose of the visit is to confirm the unequivocal support of the entire EU for the sovereignty and independence of Ukraine and to present a broad package of support for the Ukrainian state and society,” the statement said.

The visit by Poland’s Mateusz Morawiecki, Czechia’s Petr Fiala and Slovania’s Janez Janša has been announced to international organisations, including the United Nations.

The three will be visiting as “representatives of the European Council”, the statement said.

According to Barend Leyts, spokesman of European Council President Charles Michel, Morawiecki informed him about a potential visit to Kyiv on the sidelines of an informal EU summit in Versailles last week.

“The EU stands by Ukraine. The EU is working to provide coordinated political, financial, material and humanitarian support,” Leyts said.

No mandate of the European Council was issued as no conclusions were formally adopted by the EU27 in Versailles and Michel had pointed at the security risks of such a travel, an EU official told reporters.

“Europe must guarantee Ukraine’s independence and ensure that it is ready to assist in reconstruction,” Morawiecki wrote on Facebook, announcing the trip.

“Today Georgia, tomorrow Ukraine, the day after tomorrow the Baltic states, and later maybe it’s time for my country, for Poland,” Morawiecki quoted former Polish President Lech Kaczyński, who said those words in the Georgian capital Tbilisi in 2008, when the country also faced aggression by Russia.

Kaczyński, a conservative nationalist, emerged as Tbilisi’s strongest European ally during the five-day war between Russia and Georgia in August over South Ossetia.

Back then, he joined Georgian leader Mikheil Saakashvili in the besieged capital together with his Ukrainian and Baltic counterparts.

“His visit then changed the perception of this war, and a great act of courage added spirit to Georgians and is still remembered all over the world today,” the head of the Polish government wrote on Facebook.

They will also be accompanied by Jarosław Kaczyński, who is currently the chairman of Poland’s Committee for National Security and Defence.

According to Polsat News, the delegation went to Kyiv by train and arrived just after 8 am on Tuesday morning.

No further details about the trip were released, including whether Russia, which launched its invasion of Ukraine on 24 February, had been informed.

Lithuania’s Foreign Minister Gabrielius Landsbergis is also on an unannounced visit to Ukraine, the Elta news agency reported on Tuesday.