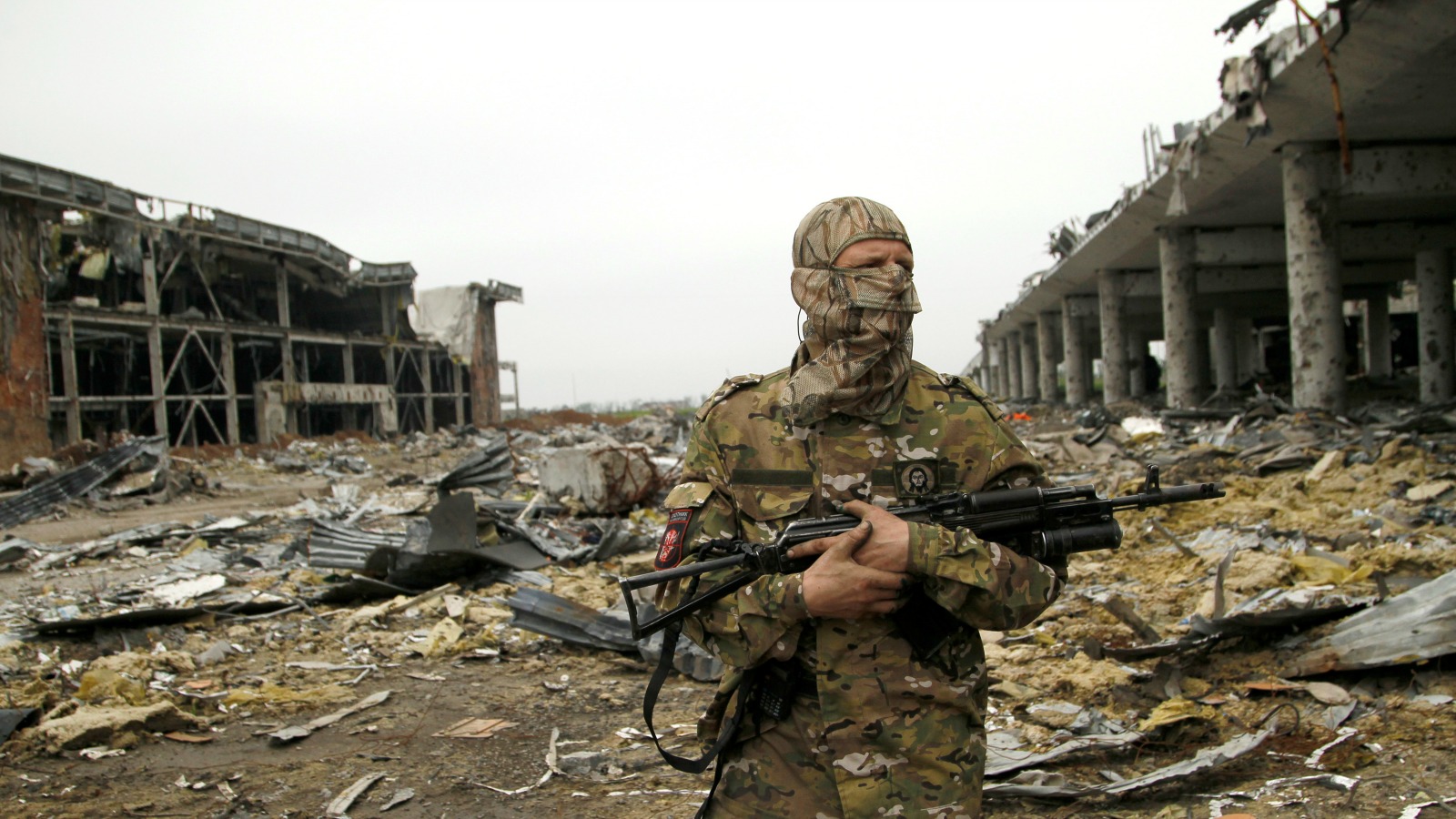 Pro-Russian rebels in eastern Ukraine yesterday (1 June) accused government soldiers of launching a new offensive near a prized but obliterated airport in the separatists’ de facto capital of Donetsk.

The claim appears to fit with a mounting death toll reported by the government in Kyiv and foreign monitors from the Organization for Security and Co-operation in Europe (OSCE).

It also comes ahead of a decision later this month by the European Union on whether to extend its sanctions against Russia for its actions in Ukraine. 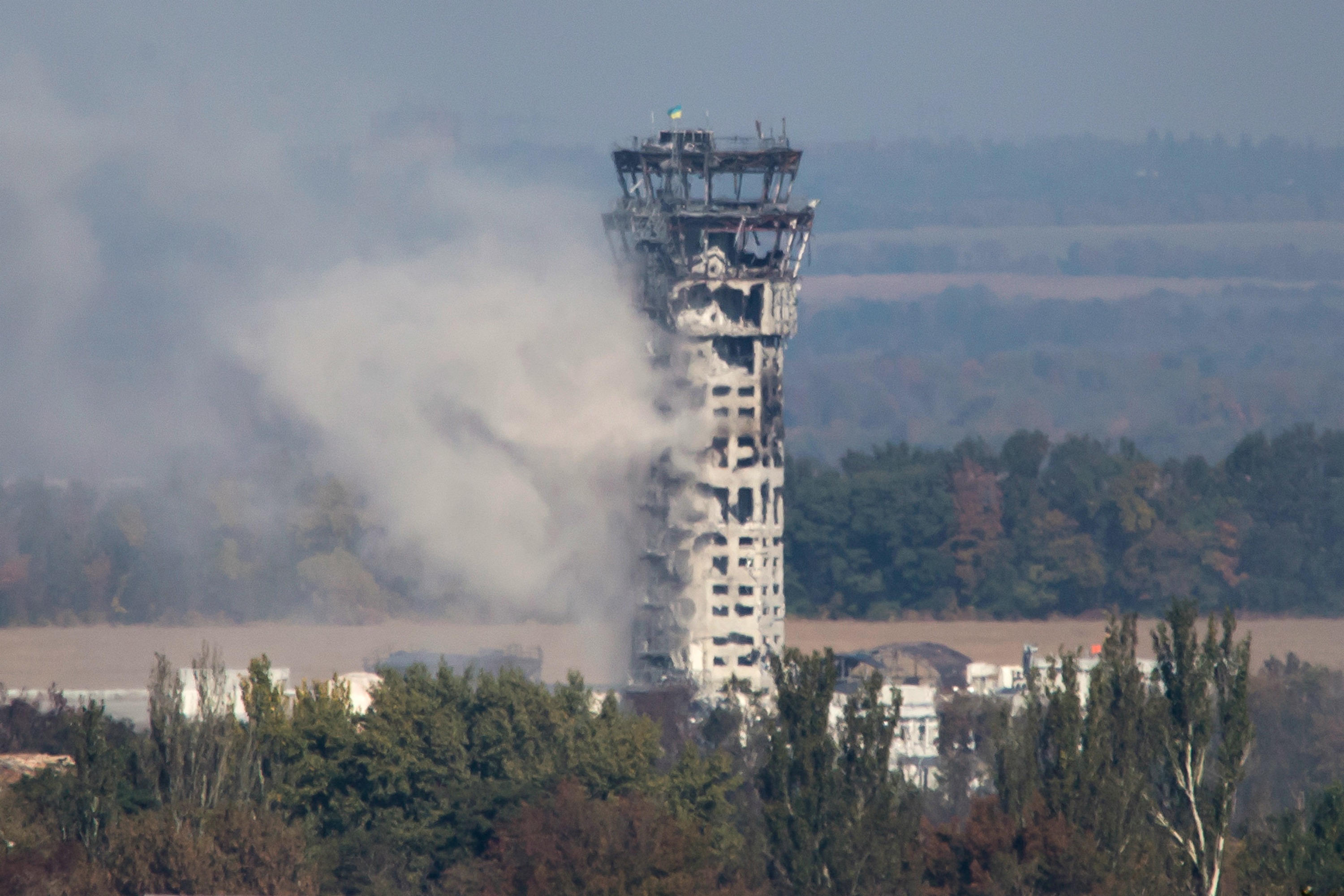 While fighting in much of eastern Ukraine has been calmed by a month-old truce, it rages unabated at the airport near Donetsk, turning a shiny symbol of the country’s Western integration into a shattered mirror of its future prospects.

Ukrainian President Petro Poroshenko vowed to win back the main trophy of the 25-month war – a pledge that has clashed with the West’s efforts to bring peace to the European Union’s backyard.

A rebel fighter who identified himself by the nom de guerre Moskva (Moscow) said the Ukrainian assault began from positions just north of Donetsk last Saturday.

“The entire (airport) terminal was hit by air defence guns,” he told AFP.

Such heavy weapons were meant to have been withdrawn from the frontline dividing rebel-run regions from the rest of Ukraine within days of a February 2015 truce being signed.

Poroshenko’s military spokesman Oleksandr Motuzyanyk told AFP that “the Ukrainian armed forces are observing a state of ceasefire” and blamed the escalation on the rebels.

The truce helped contain the worst violence but failed to bring a halt to one of Europe’s bloodiest conflicts since the 1990s Balkans wars.

US Ambassador Geoffrey Pyatt said on Tuesday (31 May) that he was “shocked by the escalation happening in eastern Ukraine in recent days”.

The scale of exchanges of heavy weapons fire appears to have grown exponentially after weeks of relative calm.

The OSCE said its teams had recorded 305 “undetermined explosions” just north and west of Donetsk between late Monday (30 May) and early Tuesday.

The leaders of the Normandy Four countries: Russia, France, Germany and Ukraine, held a telephone conversation early today (24 May) over the issue of improving OSCE monitoring in eastern Ukraine.

A man who identified himself as a 42-year-old Russian volunteer fighter told AFP that eight members of the separatist force had been killed in a town 10 kilometres (six miles) north of Donetsk since Monday.

And a spokeswoman for Ukraine’s envoy to OSCE-mediated peace talks with Russia said that 26 government troops had died last month alone.

More than 9,300 civilians and fighters from both sides have perished since the revolt against the pro-Western administration installed after the ouster of a Russian-backed president broke out in April 2014.

Russia denies plotting the separatist conflict, which began shortly after it seized the Black Sea peninsula of Crimea, in retaliation for seeing Ukraine pull out of its historic sphere of influence.

But Moscow admits that volunteer and off-duty soldiers were fighting alongside the rebel force.

The self-described Russian volunteer solider blamed the latest spike in violence on attempts by Poroshenko to revise the terms of last year’s truce (see background).

The Minsk agreement was meant to offer separatist regions limited autonomy and the right to hold local elections – conditions opposed by numerous lawmakers and nationalist volunteer battalions who backed government troops throughout the war.

Speaking to a Brussels audience yesterday, Slovakia’s foreign minister, Miroslav Lajčák, said that as long as the Minsk agreement is interpreted in different ways, there could be no implementation of the peace deal.

A deal to establish a ceasefire in eastern Ukraine, called the Minsk Protocol, was signed on 5 September 2014. The agreement was drawn-up by the Trilateral Contact Group on Ukraine, which consisted of representatives from Ukraine, Russia, and the OSCE.

A new package of measures meant to stop fighting in the Donbass, Minsk II, was agreed to on 12 February 2015 by the between the leaders of Germany, France, Russia and Ukraine (the Normandy format), after 17 hour of negotiations.

One response to “Pro-Russian rebels accuse Ukraine of fresh offensive”