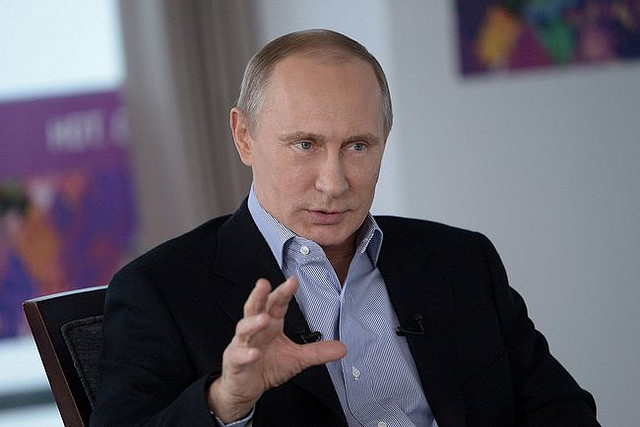 Russian President Vladimir Putin signed into law yesterday (8 June) an amnesty for people who illegally spirited funds out of the country, hoping to counter the capital flight that has contributed to the country’s economic crisis.

The law as published on the official government website exempts from criminal prosecution Russians who this year declare assets such as property or shares or foreign bank accounts they have previously hidden from the authorities.

The law aims to “create the legal basis for returning to our economy assets hidden in the shadows,” Prime Minister Dmitry Medvedev said in March.

The assets would not necessarily need to be repatriated, but would have to be reregistered in countries that are not tax havens, he added.

The amnesty was first announced by Putin in December, when the rouble was plunging under the effect of a slump in global oil prices and the conflict in Ukraine.

The delay in approval was due to disagreements within the government on the scope of the measure, according to Russian media, with the final agreement granting amnesty for evading taxes and customs duties but not for money laundering or corruption.

Russia’s financial situation has deteriorated as a result of the Western sanctions introduced following the annexation of Crimea in March 2014.

Observers say the sanctions are potentially grim for a Russian economy that has slumped in 2014 and this year. After years when Russia was buoyed by oil income the economy is now facing weaker direct investment and soaring capital flight.

Also, Russia has increased its military spending, as well as its propaganda campaigns targeted not only at its nationals, but also at Western countries. American and European officials have accused Moscow of financing political parties in the West, often in the far-right political spectrum.

It is expected that the sanctions would be renewed well ahead of the EU summit meeting to be held in Brussels on 25-26 June.