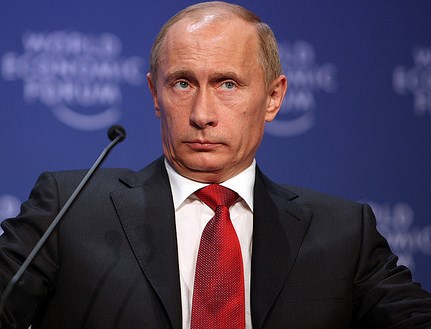 Russia has demanded changes to a free-trade deal between Ukraine and the European Union, underlining that Moscow was not satisfied by a last-minute concession from the EU to delay implementing the pact at the heart of the conflict in Ukraine.

In a letter to the EU trade commissioner, seen by Reuters on Thursday, Economy Minister Alexei Ulyukayev said Moscow wanted three-way negotiations to amend the EU’s treaty with Kiev, which Russia says will hurt its own economy.

Ulyukayev renewed threats to curb Ukraine’s access to vital Russian markets, showing that a concession Brussels made to Russia on Friday – to delay the pact’s implementation for 15 months – had failed to ease Moscow’s concerns.

Moscow is worried primarily that Ukraine will bar imports from Russia that fail to meet EU quality standards.

Trade is at the heart of a dispute that has morphed in a year from a tussle between Brussels and the Kremlin over relations with Kiev to tit-for-tat economic sanctions, conflicts in Crimea and eastern Ukraine and fears of a new Cold War threatening global security.

Ulyukayev, in the 15 September letter to EU trade chief Karel De Gucht, said Russian, Ukrainian and EU negotiators should have a mandate to prepare “proposals for amendments in the Association Agreement of Ukraine with the EU allowing for legally binding formulas to remove the concerns of the Russian side”.

However, De Gucht, who met Ulyukayev and a Ukrainian minister last Friday to agree a deal to delay implementation of the pact until 31 December 2015, has ruled out amending the treaty ratified by the EU and Kiev parliaments on Tuesday.

With a copy to Ukrainian Foreign Minister Pavlo Klimkin, Ulyukayev said Russia could treat even a partial implementation of the treaty as a trigger to react.

“We reiterate our intention to adjust, if necessary, the preferential regime between Russia and Ukraine in order to minimise negative problems related to the change in the trading regime between Ukraine and the EU, not excluding other ways to protect the Russian economy.”

The postponement was principally intended to avoid undermining a tentative ceasefire with pro-Russian rebels.

But a senior Russian official told EU counterparts that delaying the accord did not alleviate Russian concerns and that Moscow viewed the 15-month delay as time to be used to negotiate the changes it wants to see, Brussels diplomats said.

Among other things, Russia wants to remove from the EU-Ukraine deal about a quarter of the specific breaks on trade tariffs, EU officials said.

Brussels believes it can use the delay to win Moscow round, insisting that the treaty can work without harming Russia. The EU is willing to negotiate a separate trade deal with Moscow.

EU officials say that there is room for compromise with Moscow on Ukrainian trade; Russian exporters could have a soft route to compliance with EU quality and other standards in Ukraine so that they only need meet the requirements for selling goods into the EU-Ukraine free-trade area over a very long time.

Following the overthrow in February of a pro-Moscow leader who balked at signing the EU deal, Ukraine’s parliament this week sealed a historic shift by ratifying the political and trade agreement, going down a path Kiev hopes will bring the prosperity seen in fellow ex-communist states like Poland.

Diplomats from one eastern EU member said they were angry that De Gucht had agreed to the delay without consulting them and felt that Germany and other major powers had given in to pressure from Russia.

Jacek Saryusz-Wolski, a Polish member of the European Parliament which ratified the accord simultaneously with Kiev, voiced a similar view.

“Putting the EU-Ukraine trade deal on ice is the wrong decision,” he said. “It would delay the necessary reforms and set a bad precedent.”

On Thursday, an EU spokeswoman declined comment on “confidential conversations taken out of context” when asked about a report in a German newspaper that Poroshenko had told EU officials that Russian President Vladimir Putin had made veiled threats to him about the security of EU members.

“If I wanted to, in two days Russian troops could be not only in Kiev, but in Riga, Vilnius, Tallinn, Warsaw or Bucharest,” the Sueddeutsche Zeitung quoted Putin as saying, according to a comment relayed by Poroshenko last Friday to European Commission President Jose Manuel Barroso.