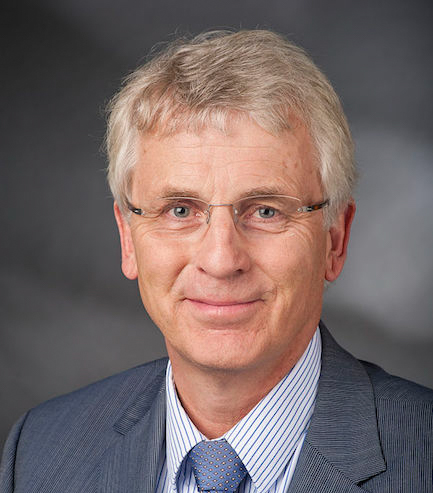 On Tuesday (26 May), Bundestag Vice President Johannes Singhammer announced his intention to postpone a planned visit to Russia, after his colleague from the centre-right Christian Democratic Union (CDU) was denied entry.

Singhammer, who hails from the CDU’s Bavarian sister the Christian Social Union (CSU), said he would delay his trip to Moscow until the circumstances have been cleared up.

Wellmann was denied entry into Russia at Moscow’s Sheremetyevo Airport on Sunday (24 May).

“As Vice President of the German Bundestag I cannot accept that a colleague from the Bundestag is refused entry at the Moscow airport without justification,” Singhammer said.

According to Wellmann, he had planned several meetings in the Russian Foreign Ministry.

Meanwhile, the German Foreign Office called the incident “incomprehensible and unacceptable”, while the Ambassador in Moscow promptly paid a visit to the Russian Foreign Ministry.

“I was snarled at in Russian, which I do not speak, as if I were a criminal,” Wellmann explained on Tuesday in a statement for Spiegel Online.

“Ultimately my passport was confiscated and I only received it again once I was on the plane that took me back to Germany. Meanwhile, an officer accompanied me all the way into the airplane,” the CDU politician said.

Wellmann said he did not receive any warning that he would be unwelcome in the country.

“The week before my departure a representative from the Russian Foreign Ministry was in my office in Berlin and inquired about my trip. Sergei Glazyev, one of Putin’s most important advisors, was just one of the contacts with whom I had scheduled a meeting. In that sense, there was nothing that could have indicated it. I also did not have any planned meetings with members of the opposition,” he explained.

Wellmann said he assumes his name is on a list of reciprocal sanctions in response to the EU’s penalty measures implemented amid the Ukraine conflict.

The CDU politician is chairman of the German-Ukrainian parliamentary group and reports on Russia in his party fraction.

He indicated his plans to visit the chairman of the foreign affairs committee in the Russian Federation Council, among other officials.

Wellmann primarily blames Russia for the Ukraine conflict. “Russia is the warmonger in the region, because it provides separatists with heavy weapons, logistics assistance, fuel,” Wellmann told Reuters in January.

In September 2014, Green MEP Rebecca Harms was prevented from entering Russia. According to reports, she was rejected at the Moscow airport as an “undesired person”.

Harms had flown to Moscow to act as an observer in the trial against a Ukrainian pilot, whom the Russian authorities were suing for the murder of Moscow journalists. Despite her diplomatic passport, Harms was not allowed on Russian soil.

In light of Wellmann’s rejection from the country, “the Kremlin must finally put the list of all undesired EU politicians on the table,” Harms said on Tuesday.

“Invitations for dialogue and meetings between the Russian Duma, the European Parliament and national parliaments of the member states are senseless if black lists are kept against representatives,” she stated, “surprising politicians with rejection at the Moscow airport damages international agreements.”

On 27 August, NATO and the U.S. said Russian incursions into Ukraine took an ‘overt and obvious form’ and on 28 August Poroshenko said Russia had invaded Ukraine.