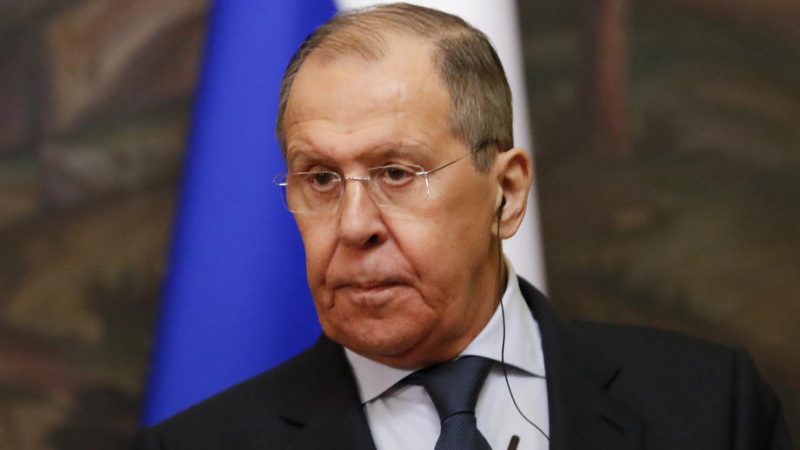 Lavrov said the EU could do the same with Belarus as done it the past with Turkey. [EPA-EFE / EVGENIA NOVOZHENINA]

Russian Foreign Minister Sergei Lavrov on Tuesday (9 November) suggested that the European Union could provide financial assistance to Belarus in order to encourage it to stop migrants from crossing into the bloc.

Thousands of migrants have converged in Belarus near the Polish border, some of them using spades to try to break down a border fence, escalating a months-long crisis that has prompted calls for tighter Western sanctions on Minsk.

Poland and the EU have accused Belarus of orchestrating the migrant flow to destabilise its neighbour. But Lavrov said the EU had to be consistent in the way it treated third countries used by migrants to cross into the bloc.

He referenced a 2016 deal under which the EU provided funds to Turkey, which promised to take back migrants and refugees who crossed the Aegean to enter Greece illegally.

Lavrov said the EU could do the same with Belarus.

Countries from which refugees enter the EU “should be treated the same,” said Lavrov.

“Yesterday during certain political expert discussions it was said: why when refugees were coming from Turkey did the EU provide financing so that they stayed in the Turkish republic? Why is it not possible to help the Belarusians in the same way?” said Lavrov.

It was not clear which political discussions Lavrov was referring to.

Lavrov made the comments at a news conference in Moscow with Archbishop Paul Gallagher, the Vatican’s foreign minister.

Russian media cited Gallagher as calling on European authorities to act to defuse the humanitarian crisis resulting from the migrant standoff.

The Kremlin said earlier on Tuesday it was concerned by events on the Belarus-Poland border and praised specialists from its close ally Belarus for what it said was their responsible work there.

In a conference call with reporters on Tuesday, Kremlin spokesman Dmitry Peskov said Moscow was in close touch with Minsk on the subject and called on all sides to act responsibly.

The Belarusian foreign minister was due to holds talks later on Tuesday in Moscow with his Russian counterpart.