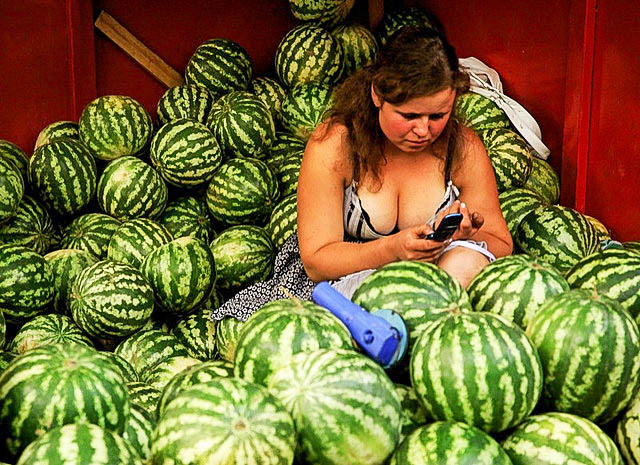 According to a copy of the order issued by the Federal Veterinary and Phytosanitary Inspection Service quoted by The Moscow Times, the “temporary prohibitions”, which extends to apples, pears, quinces, apricots, cherries, wild cherries, peaches, nectarines, plums and sloe, took effect on 21 July.

The decision was necessitated by “systematic violations of international and Russian phytosanitary requirements,” the statement said.

Imports of all plant-products from Moldova in baggage and hand-baggage has also been restricted.

The restrictions follow a series of warnings and similar bans that Russia has placed on Moldovan imports over the past year, as the country developed its economic and political relations with the European Union.

Moldovan fruits, as well as wine, have an excellent reputation among Russian customers.

The Moldovan parliament ratified an association agreement with the EU earlier this month, immediately inciting warnings from top Russian officials that “protective [trade] measures” would follow.

Russian politicians have said that a free trade zone with the EU, one of the measures included in the agreement, would threaten the Russian market with an overflow of Moldovan imports and even an influx of cheap, re-exported European goods, writes The Moscow Times, adding that economists, however, have said that the free trade zone poses no actual economic threat to Russia.

At present, Moldovan imports are free from customs duties owing to its membership in a free-trade zone that includes Russia and other countries in the Commonwealth of Independent States.

Russia’s Economic Development Ministry on Wednesday published a draft bill that would levy a customs duty on meat, fruit, vegetables and wine imported from Moldova. If approved by the government, the bill will go into effect within one month of its signing.

Alexander Slusar, the chairman of Moldovan agricultural union Uniagroprotekt, said previously that a ban on fruit imports to Russia would lead to a collapse of prices on the domestic market, Prime news agency reported.

“Only 10 to 20% of producers can reorient their exports to other countries, they will be forced to sell their harvests on the domestic market,” he said.

One response to “Russia imposes ‘temporary ban’ on Moldovan fruits”