Russia will return three captured naval ships to Ukraine on Monday and is moving them to a handover location agreed with Kyiv, Crimea’s border guard service was cited as saying by Russian news agencies on Sunday (17 November).

A Reuters reporter in Crimea, which Russian annexed from Ukraine in 2014, earlier on Sunday saw coastguard boats pulling the three vessels through the Kerch Strait towards the Black Sea where they could potentially be handed over to Ukraine.

In the meantime, a Kremlin aide said a summit between France, Germany, Russia and Ukraine to try to resolve the conflict in eastern Ukraine is possible this year but no date has been agreed.

France said on Friday that the so-called Normandy summit will take place in Paris on 9 December, but Moscow has not confirmed either the plans or the date.

“I think there will be a chance to organise (the summit) this year. I can’t say the exact date, because it is still under discussion, but, obviously, this year,” Kremlin aide Yuri Ushakov told a news show on local TV network Russia-1.

If it happens, the Normandy summit, named after a meeting in the northwestern French region of the leaders of the four countries in 2014, will take place following a breakthrough in relations between Russia and Ukraine.

Moscow and Kyiv exchanged prisoners in September and this month Ukrainian government forces and Russian-backed rebels began withdrawing from a village in the disputed Donbass region. 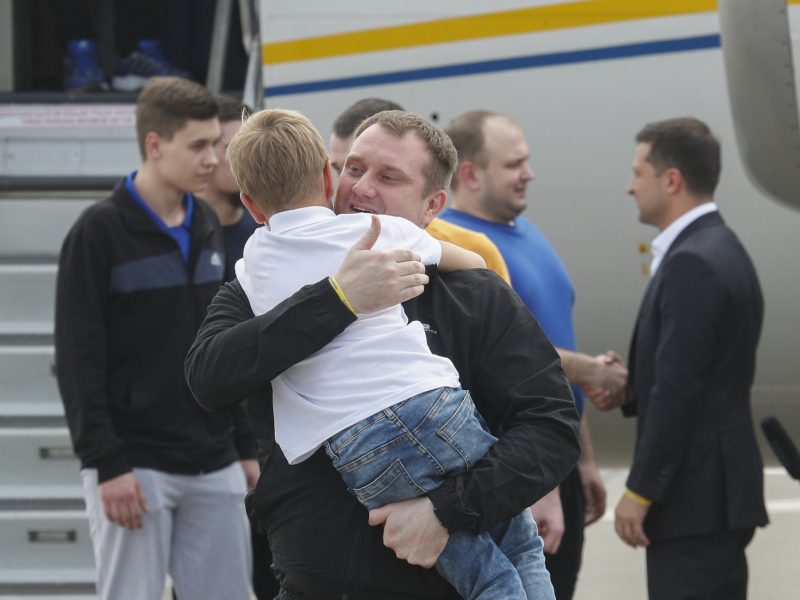 Russia began moving three captured Ukrainian navy ships on Sunday, Reuters reported, after a Russian newspaper said Moscow would return them to Ukraine ahead of a summit.

More than 13,000 people have been killed in the more than five-year-old conflict in east Ukraine between pro-Russian separatists and Ukrainian government forces.