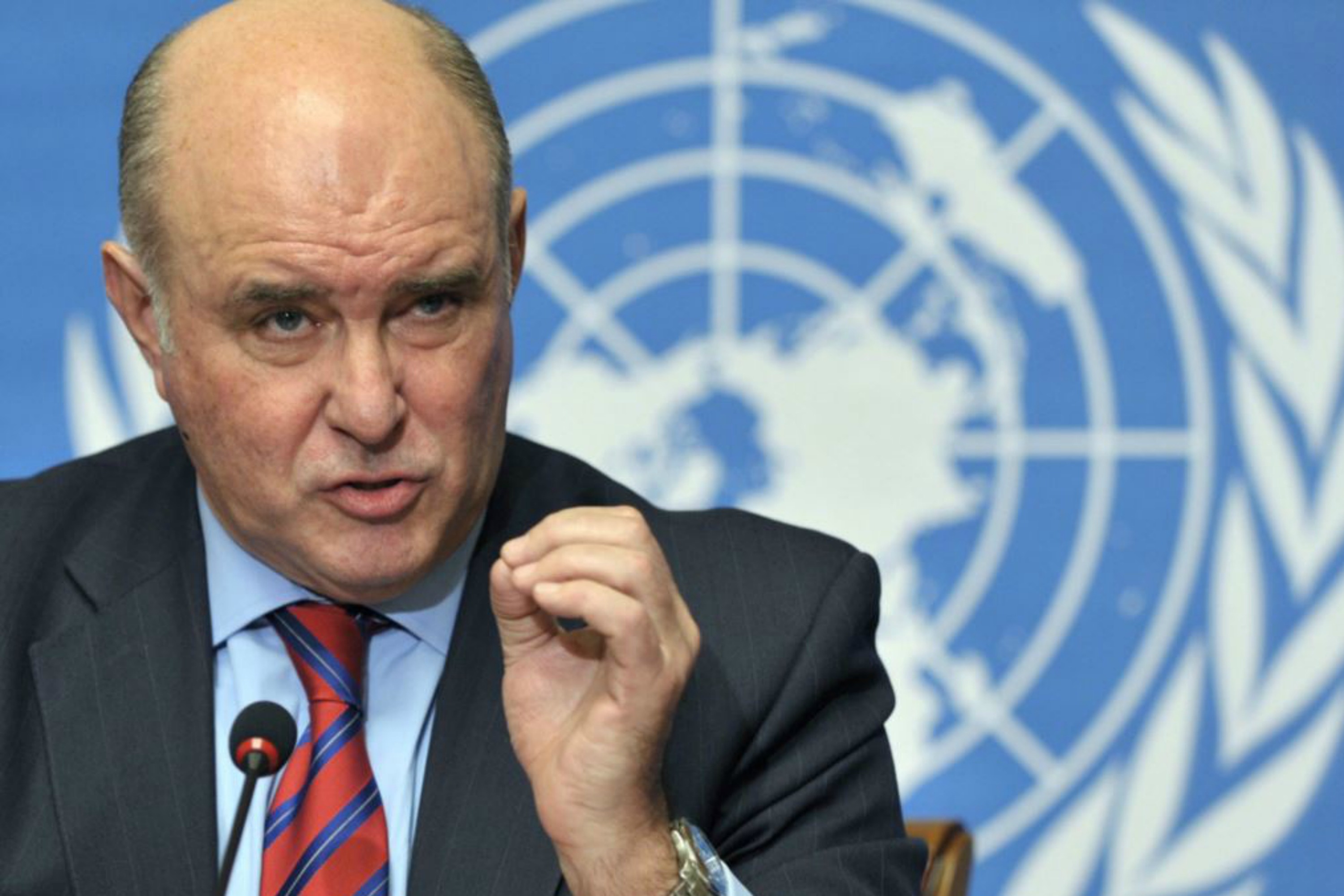 Russia threatened Ukraine yesterday (13 July) with “irreversible consequences” after a Russian man was killed by a shell fired across the border, while Kyiv said Ukrainian warplanes struck again at separatist positions in the east of the country, inflicting big losses.

Although both sides have reported cross-border shootings in the past, it appears to be the first time Moscow has reported fatalities on its side of the border in the three-month conflict which has killed hundreds of people in Ukraine.

Kyiv called the accusation its forces had fired across the border “total nonsense” and suggested the attack could have been the work of rebels trying to provoke Moscow to intervene on their behalf. The rebels denied they were responsible.

Ukrainian President Petro Poroshenko, who earlier turned down an invitation to attend the World Cup soccer final in Brazil where he may have met Russia’s Vladimir Putin, accused Russian forces of crossing the border and attacking Ukrainian servicemen.

In a telephone conversation with the European Union’s Herman Van Rompuy, he called on the EU to consider “the illegal crossing of the Russian-Ukrainian border of heavy military equipment and an attack by Russian soldiers on the positions of Ukrainian servicemen,” his website said.

His comments were linked to an earlier report yesterday by the government’s “anti-terrorist operation” that a convoy of about 100 separatist armoured vehicles and trucks had crossed into Ukraine carrying rebel fighters from Russia. A Ukrainian military spokesman said Ukrainian artillery had destroyed the column.

Combat has intensified dramatically in Ukraine since a rebel missile attack killed dozens of government troops on Friday.

Ukrainian forces said their warplanes yesterday carried out five air strikes on rebel bases near Luhansk airport, at Izvarino on the border and against Chechen fighters who it said had occupied a National Guard base at Lysychansk.

“The enemy suffered significant losses of men and equipment,” a statement from the “anti-terrorist operation” said, adding the attacks had sown “fear and panic” among the rebels.

Rebels controlling Luhansk, on the border with Russia, said Ukrainian forces had now begun to storm the town with about 50 tanks and attack planes. There was no word of this from the Ukrainian side.

In other incidents, local officials said 18 civilians had been killed in shooting in Luhansk and Donetsk, the region’s main city, which is also controlled by separatists. There were no details of these incidents.

Moscow’s bellicose response to the cross-border shelling raises again the prospect of Russian intervention, after weeks in which President Vladimir Putin had appeared intent on disengaging, pulling back tens of thousands of troops he had massed at the frontier.

Russia sent Ukraine a note of protest describing the incident as “an aggressive act by the Ukrainian side against sovereign Russian territory and the citizens of the Russian Federation”, the Russian Foreign Ministry said in a statement warning of “irreversible consequences”.

“This represents a qualitative escalation of the danger to our citizens, now even on our own territory. Of course this naturally cannot pass without a response,” Russian Deputy Foreign Minister Grigory Karasin told Rossiya-24 state TV.

Russia’s Investigative Committee said a shell had landed in the yard of a house in a small town on the Russian side of the frontier, killing a man and wounding a woman. The Russian town is called Donetsk, sharing the name of the Ukrainian city of 1 million people that the rebels have declared capital of an independent “people’s republic”.

Andriy Lysenko, spokesman for Ukraine’s National Security and Defence Council, said reports that Ukrainian forces were responsible were “total nonsense and the information is untrue”.

“The forces of the anti-terrorist operation do not fire on the territory of a neighbouring country, and they do not fire on residential areas,” he said. “We have many examples of terrorists carrying out provocation shooting, including into Russian territory, and then accusing Ukrainian forces of it.”

The Ukrainian foreign ministry echoed this view and called on Russian authorities to carry out “an objective and impartial” evaluation of what it described as “a tragic incident”. It said Ukrainian authorities would cooperate in any investigation.

The rebels denied blame. Interfax news agency quoted the rebels’ self-proclaimed first deputy prime minister, Andrey Prugin, as saying he was “90% certain” it was Ukrainian troops that had fired across the border.

Hundreds of rebels, led by a self-proclaimed defence minister from Moscow, have retreated to the Ukrainian city of Donetsk, built reinforcements and pledged to make a stand. The once-bustling city has been emptying in fear of a battle.

“Everybody here is sitting on a suitcase. People are only prevented from leaving by work – that is if they have any work. If they [the Ukrainian forces] are going to bomb, then I shall, of course, go, too,” said Olga, 35.

On the streets there are fewer and fewer cars. Some drivers no longer bother to stop at red lights since there are no police around and few vehicles.

Rebel fighters vowed to fight to the end if the army comes.

“We are ready for them. We will not leave. Let women and children leave. But I don’t care much for grown men going. They are cowards, rascals, scum,” said a man named Lis, who described himself as an officer in the Vostok battalion, a rebel force.

The past two days have seen an escalation in retaliation after dozens of Ukrainian troops were killed in a rocket attack on a base near the border on Friday. Kyiv said it killed hundreds of rebels in air strikes on Saturday, although there was no independent confirmation of such high casualties and the rebels denied suffering serious losses.

Ukrainian security spokesman Lysenko said on Sunday that forces had used artillery to strike a convoy of about 100 armoured vehicles and trucks after confirming that the convoy was carrying “a large number of recruits” into Ukraine from Russia.

He said seven Ukrainian service members had died in attacks in the east in the past day.

The Donetsk city council said in a statement on its website on Sunday that 12 people had been killed at a mining settlement near the Ukrainian city. It gave no details of who had fired. Municipal authorities in Luhansk, capital of the other rebellious eastern province, said six people were killed in clashes there. It also gave no details of who was to blame.

Western countries have threatened to impose harsh economic sanctions on Moscow if it intervenes openly. Russia denies fuelling the conflict, but Kyiv and Western countries say it has supported the rebels.

The pair have been in regular telephone contact over the Ukraine crisis, with Merkel urging Putin to use his influence with pro-Russian separatists to help bring about an end to fighting in the east of the former Soviet republic.

In his telephone conversation with Van Rompuy, Poroshenko said Ukraine also wanted the release of all “hostages” held by Russia including Nadezhda Savchenko, a military helicopter pilot seized by rebels who is now being held in Russia.