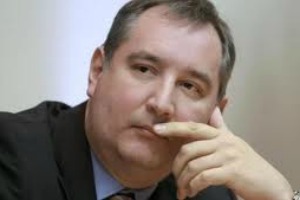 Russian ambassador to NATO Dmitry Rogozin expressed 'doubts' about the European Union's future and warned of the bloc's economic weakness. His comments came yesterday (13 December) in a wide-ranging discussion on the future of Russia and the EU.

"I actually have doubts about the future of the European Union judging by what is happening now," he said.

Rogozin is popular politician in Russia who was appointed ambassador to NATO in 2008. He spoke at an event organised by the Hanns Seidel Foundation in Brussels.

He depicted the EU as an insecure economic power, saying: "The role you are playing right now, you look more like – I will be frank, I am sorry – a rich banker who is very frightened of everything and trembles over his riches when the bandits are already past the doors."

When asked by EURACTIV if this meant Russia may willing to contribute more to the bailout funds for indebted countries of the eurozone – which is a major importer of Russian gas and other products – he stressed his country's independence. "Russia is like a submarine: always autonomous," he said.

Leadership of Eurasia, with Ukraine

Rogozin detailed Russia's plans for a 'Eurasian Union' in the coming years as a pillar of what he called a multipolar world. "We will be a leader in our region of Eurasia and we will become the leader of that region," he said.

This would exclude the possibility of EU membership for participating nations in the immediate future. "If Ukraine wants to become a European power, it must first become a natural country of the Eurasian area," he said. "Russia and Ukraine can go towards Europe, but together."

In contrast, Kyiv has already set its sights on closer relations with the EU and is expected to initial an Association Agreement at a summit on 19 December, although hesitations remain because of the "selective use of justice" against opposition politicians, such as former Prime Minister Yulia Tymoshenko. The deal also includes provisions for a Deep and Comprehensive Free Trade Area which would see Ukraine adopt legislation approximating EU trade rules.

Ukraine has pointedly stayed apart from Russia's Customs Union, a would-be fore-runner to the Eurasian Union which is backed by Russia, Belarus and Kazakhstan. Ukraine is also hoping the agreement with Brussels will have a clause explicitly mentioning the possibility of eventual membership of the European Union.

Rogozin has for long advocated a 'sphere of influence' for Russia and asked for recognition of its own military union – the Collective Security Treaty Organisation (OTCS).

Political life 'waking up' in Russia

These developments are occurring in the context of political change in Russia in the wake of the 4 December parliamentary elections which led to the loss of 77 seats for Prime Minister Vladimir Putin's United Russia party, leaving him with a weakened majority.

The election bolstered opposition parties, including the Communists, the centre-left 'A Just Russia' and the Liberal Democrats.

Margareta Mommsen, a professor specialising in Eastern European politics at the University of Munich, said that while Russia was still an "oligarchic" state and not a "democratic" one, the elections had signalled positive change.

"The recent Duma elections gave a lot of hope … political life is waking up. It's becoming more pluralistic and to that extent I'm pretty optimistic," she said.

This 'awakening' was also evident in the unprecedentedly large protests following the elections. Rogozin, who estimated them at around 40,000 people, drew a parallel between them and the 'Occupy' protests in other countries in that they had not crystallised behind any political leadership.

"I think it's a problem of the political classes in the United States and Russia: the absence of politicians who can work with the people in the streets," the envoy said.

Rogozin went on to welcome the fact that new leaders could be making their way onto the Russian political scene. He said 2012 was likely to be the last time that opposition leaders Gennady Zyuganov of the Communist party and Vladimir Zhirinovsky of the liberals would run for the presidency. Both men are in their mid-sixties.

He also argued that United Russia could also see new faces despite Putin's continued leadership, saying that if he returns to the presidency "the government would be absolutely fresh with absolutely new people."

"We pin our hopes on … the fact that while maintaining the basis of a popular leader, Vladimir Putin, the party of power will have 'fresh blood'," he said.

Rogozin added that he would become active in Russian politics again, hinting at a role for himself in government. He was otherwise unspecific as to from where the new members of government might be drawn.

During a press conference at the European Parliament in Strasbourg yesterday (13 December) Guy Verhofstadt, leader of the ALDE group denounced the Russian elections as undemocratic even before being conducted and called Catherine Ashton to come up with a new EU strategy towards Russia under these circumstances.

“The conclusion already before the elections was that they could not be called democratic since political parties were unable to compete, ballot boxes were stuffed, results were rigged, media are intimidated to submission and courts are delivering verdicts by consent of authorities. You can hardly say Russia is a democracy.

Although Russian people were offered only a limited choice, yet they clearly said that United Russia has not mandate to govern.

Europe should avoid mistakes of the past, decide which side it chooses and take a clear position next to the Russian people against the undemocratic authorities. I hope that EU-Russia summit will focus on the aftermath of the election otherwise I don’t see the point of this meeting.Through a common resolution we call the High Representative to come out with a clear EU strategy on Russia to be presented early next year.”

Mikhail Kasyanov, former Russian PM and leader of the liberal People’s Freedom Party (PARNAS) during the same press conference, he blasted Russian authorities' lack of reaction to popular demands and asked the EU to prove its democratic values and push for new elections.

"PARNAS party is clear that this was a “non elections”, unfair and not credible and that it breached Russia’s international obligations and Russian constitution. The level of fraud according to experts and scientists is in a level of 20%.

We call for new elections under new regulations where all political groups can participate under the control of civil society and not of secret services. To achieve that we will need the help of Europe to push the authorities for new elections as so far we have seen no reactions. The fact that President Medvedev announces through Facebook that he will have the situation checked is a cynical joke.

We ask Europe for political sympathy and to prove that it stands on its democratic values. We don’t want Realpolitik. Russia is a member of the Council of Europe so it deserves the same treatment as any other Member regarding its political obligations."

The EU-Russia summit that starts tonight (14 December) with a dinner and continues tomorrow comes as Russian leader Vladimir Putin faces domestic criticism and opposition unprecedented since he took power in 1999. His United Russia party lost ground in parliamentary elections on 4 December and there are widespread accusations that even that result was enhanced by vote-rigging.

Tens of thousands of people took to the streets of Moscow on Saturday to demand the departure of Putin, who is currently prime minister but is hoping to become president again in March.

0 responses to “Russian ambassador has ‘doubts about EU’s future’”