A Boeing 737 of the Belavia company of Belarus [Wikimedia Commons]

Russians are using Belarus as a springboard to travel abroad as their country’s international borders remain largely closed as part of efforts to curb the spread of the new coronavirus, transport sector sources say.

Russia and Belarus form a customs union and their shared frontier is relatively porous, making it easier to avoid border guards by taking certain routes.

Unlike Russia, President Alexander Lukashenko has refused to impose a lockdown in Belarus, which also borders Ukraine and European Union member states Poland, Latvia and Lithuania. He has suggested vodka and saunas as remedies for the coronavirus. 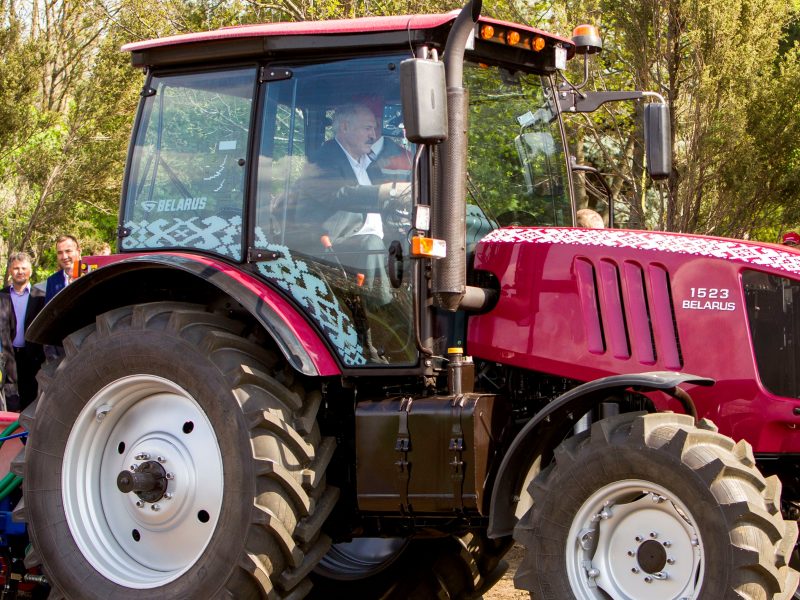 Dozens of car and mini-van drivers still advertise cross-border shuttle services for both Russian and Belarusian citizens despite Russia’s formal closure of its borders in March.

Several drivers who declined to be named said they regularly crossed the border with passengers lacking clearance to do so.

“At around 70-80kms from Belarus we start driving through country roads to get round the border guards,” one driver said, adding it was a 10-12 hour trip from Moscow to the Belarusian capital Minsk, costing 10,000 roubles ($146).

Another who identified himself only as Andrey said “hundreds” of Russians had flown onwards after reaching Belarus.

“Many people write afterwards that they made it over and flew out,” he said.

Russia’s Federal Security Service has reported catching more than 250 people crossing the border since April, local media reports said. These people as well as the drivers involved were each fined 2,000 roubles.

One Russian woman said she had used the route and that it had not seemed untoward: “It’s just a normal, good road and after driving it you end up in Belarus.”