‘Russia’s plan for a revamped Soviet Union in Ukraine fails’ 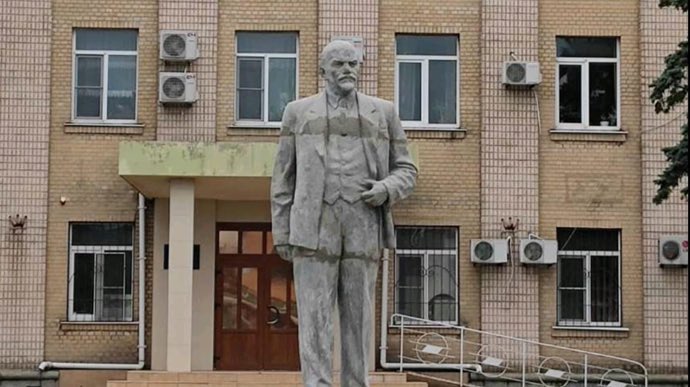 The Russian invaders erected a statue of Lenin in the city of Henichesk, in the Kherson region. [Twitter]

Russia’s final goal is not just to subjugate Ukraine but also to restore the old Soviet empire; however, this plan fails, writes Roman Rukomeda.

Roman Rukomeda is a Ukrainian political analyst. This is his 43rd account of Russia’s invasion of Ukraine, which he succeeded to send to EURACTIV despite war-time hardships.

The 54th day of war is coming to an end. The second and possibly the last big wave of Russian attacks have started in the East of Ukraine, in the South and around Kharkiv. There are now around 60,000-70,000 Russian troops on Ukrainian territory engaged in the offensive. Ukrainian Armed forces are holding defence, destroying tens of Russian tanks, armoured vehicles, planes, helicopters and other air targets, and hundreds of Russian soldiers each day. The total death toll for Russia is now more than 20,000 soldiers and officers. In the coming days, we will observe significant battles, and their results will affect the next negotiation round planned for the beginning of May.

Despite the new attack on Donbas, hundreds of thousands of Ukrainians are returning to the country and their homes if they are not in the war zones. In the last month and a half, slightly over 1 million Ukrainians returned. Each day up to 50,000 people return to Kyiv. The total number of residents in the Ukrainian capital is now almost 2.1 million, according to the city mayor Vitaliy Klitchko (before the war, it was between 3 and 4 million).

A severe problem for Ukraine now is the damage to the infrastructure and national economy. According to the Ukrainian government, national infrastructure has suffered about $85 billion in losses, including destroyed bridges, roads, dams, electric stations and storage.

Another issue is the deportation and filtration of Ukrainians from captured territories by Russians, a gross violation of humanitarian international law and human rights. According to updated data from Ukrainian local administrations in the East and South of the country, Russian war criminals are holding at least 20,000 people in filtration camps.

Observing the behaviour of Russia in the South and East of Ukraine, it is clear that they are trying to return the time to the Soviet period. In some captured areas, they have erected monuments to Vladimir Lenin and hoisted Soviet flags. But this plan is failing.

Over the next two weeks, the battlefields in Eastern and Southern Ukraine will decide whether it will be possible to talk about the end of this war or its continuation.