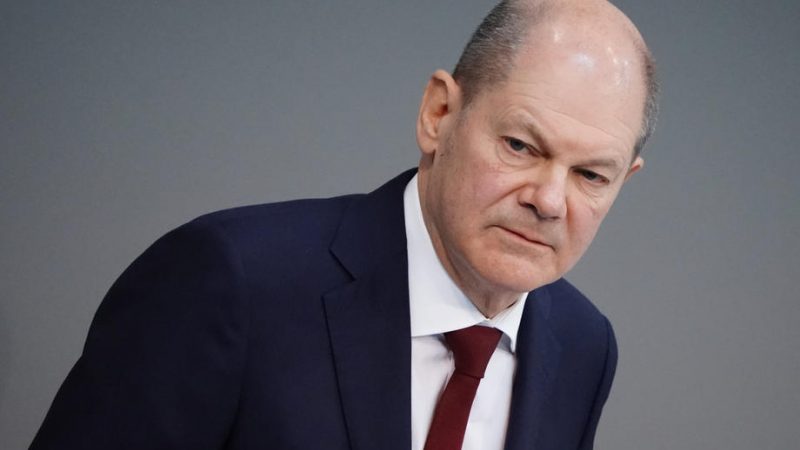 However, during his remarks in the Bundestag, Scholz pledged to change Germany’s stance on key parts of its foreign and security policy. [EPA/CLEMENS BILAN]

With Russia’s war in Ukraine presenting a ‘turning point’, Germany has shifted its position on major foreign and defence topics – ranging from arms deliveries, defence spending, sanctions and diplomacy.

Until now, Berlin’s foreign policy was primarily based on promoting peace via diplomatic means and a reluctance to invest in its military capabilities. This raised eyebrows among Germany’s allies and partners, especially in crises, according to experts.

“In view of the turning point that Putin’s aggression represents, our approach is: What is needed to secure peace in Europe, that will be done,” Germany’s Chancellor Olaf Scholz said on Sunday.

The past days represent a ‘serious paradigm shift’ in Germany’s approach to foreign affairs, Stefan Meister, head of the programme, international order and democracy at the German Council of Foreign Relations, told EURACTIV.

“It is a war that requires us to redraw the foundations of our foreign policy actions,” German Foreign Minister Annalena Baerbock said during the parliamentary address on Sunday (27 February).

Before the war in Ukraine escalated, Germany placed its bets on a diplomatic solution to the situation and refused to deliver defensive weaponry to Ukraine due to its “peace policy” and restrictive stance on arms and even blocked weapons shipments from its ally Estonia to Ukraine.

In the first days after the Russian invasion, Germany continued to stick to this approach.  However, on Saturday night, the German government completely changed course and announced that it would send 1000 anti-tank weapons and 500 missiles.

“In this historic hour, in the face of the brutal attack on Ukraine, we will opt for support that, in addition to our great economic and humanitarian commitment, now also supports Ukraine with the supply of military material and weapons,” Baerbock stressed.

Germany has long driven a more conciliatory line towards Russia, an approach dating back to former Chancellor Willy Brand, who paved the way for the era of rapprochement between the West with the Soviet Union in the 70s, which led to the conclusion of the Helsinki Final Act – the very treaty Russia has broken by waging war in Ukraine.

The left-leaning faction in the German Social Democrats have continuously pushed to position Germany in Willy Brandt’s tradition.

This also holds true for Germany’s hesitancy to invest in its own defence, as the “left-wing of the SPD is in particular opposed to armaments and higher military spending,” Meister said.

Merkel, who led Germany for 16 years, had largely continued that tradition, Meister said.

According to him, this would represent a “cross-party problem” as, Merkel, together with the Social Democrats, is “responsible for the state of the German armed forces due to the savings of the last 10-15 years and the high energy dependence on Russia.”

Berlin has long resisted pressure from the United States, notably under former US President Donald Trump, to raise its defence spending to 2% of its economic output in the light of its history.

Ukraine, however, changed everything.

“In view of the Russian threat, Germany is now finally prepared to invest seriously and permanently in its army and defence capability,” Meister said.

Germany has pledged to permanently invest more than 2% of its gross domestic product in defence and is planning to set up a €100 billion special defence fund to finance the transition to a more capable military. 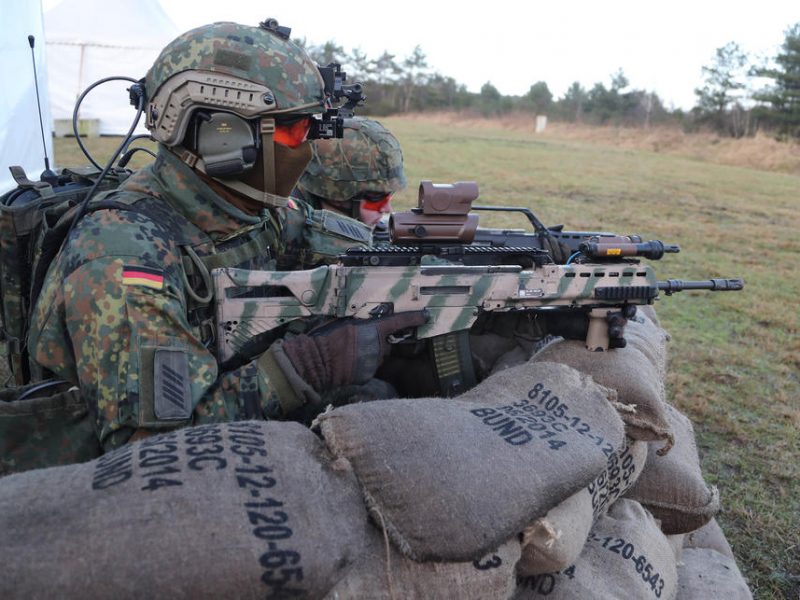 Germany will establish a special defence fund worth €100 billion to increase the country’s military’s operational capabilities after years of neglect, Chancellor Olaf Scholz announced on Sunday (27 February), in what could be seen as a major shift in Berlin’s defence spending.

“We will launch the largest and fastest increases in defence spending in our recent history,” Finance Minister Christian said last week, adding that the question of “defence capabilities is moving from a marginal issue to a central project for the future.”

This shift in the German approach to security policy also aims to prevent that “Putin’s war spreads to other countries in Europe,” Scholz said.