New senior appointments in Moscow and Kyiv on Tuesday (11 February) pointed towards a tentative thaw in ties, after the Ukrainian president’s new chief of staff offered guarded praise for the man put in charge of the Ukraine file in the Kremlin.

While there was no indication whether the timing of the announcements was intentional, the simultaneous appointments in the two capitals were seen in both countries as signs of a new approach to a conflict that has killed over 13,000 people.

In Kyiv, President Volodymyr Zelenskiy elevated aide Andriy Yermak, who had acted as an envoy in prisoner exchanges with Russia in recent months, to the post of chief of staff.

In Moscow, the Kremlin said that the relationship with Ukraine would now be handled by the Ukrainian-born deputy head of the Russian presidential administration, Dmitry Kozak, sidelining a noted hardliner, Vladislav Surkov.

Yermak told the Ukraine 24 TV channel on Monday, before either appointment was formally announced, that he had met Kozak and thought he was an improvement on Surkov.

A senior source involved in Ukraine’s negotiations with Russia said: “Our experience with Kozak…shows he has been constructive, kept his word and we have had the impression he has been focused on achieving the results that we got.”

Russia and Ukraine have been enemies since 2014, when a pro-Moscow president was toppled in Kyiv and Moscow responded by seizing and annexing Ukraine’s Crimea peninsula. Moscow-backed separatists then launched an uprising in eastern Ukraine, leading to a conflict which has persisted despite a 2015 ceasefire. 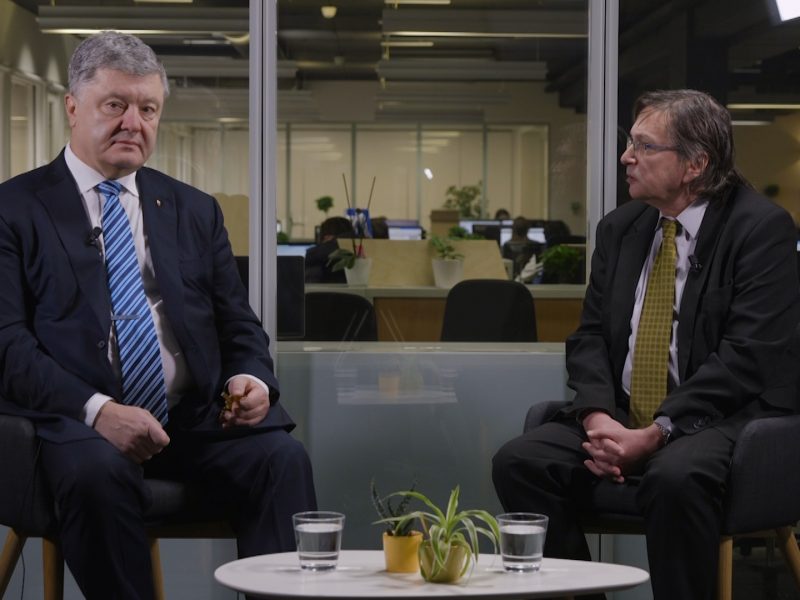 Both countries were keen to play down the prospect of an abrupt change in their relationship.

“The change in the leadership in the office of the president in no way affects the policy of the state,” Zelenskiy’s office said in a statement. Opposition politicians from the Fatherland party and the bloc of Zelenskiy’s predecessor, Petro Poroshenko, said Yermak’s elevation signalled a softening of policy towards Russia.

In Moscow, Kremlin spokesman Dmitry Peskov, who announced Kozak’s appointment as head of Ukraine policy, also criticised Kyiv for making statements which Peskov said ran counter to undertakings given at a peace summit in Paris in December.

Nevertheless, there have been other signs of a possible thaw since the Normandy-type summit in Paris last December, also attended by French and German leaders, which was followed by the prisoner exchange overseen on the Ukrainian side by Yermak.

The likelihood that Surkov would step aside has been discussed for weeks. Alexei Chesnakov, a political analyst who used to work for Surkov in Russia’s presidential administration, announced last month that Surkov had resigned “because of a change in policy regarding Ukraine”.

“The decision was made by Surkov and will not change. I know it from Surkov himself.”

Another source close to Surkov told Reuters that Surkov had reacted sharply to Kozak’s appointment, but that his resignation had not yet been confirmed and he might be given a new post.