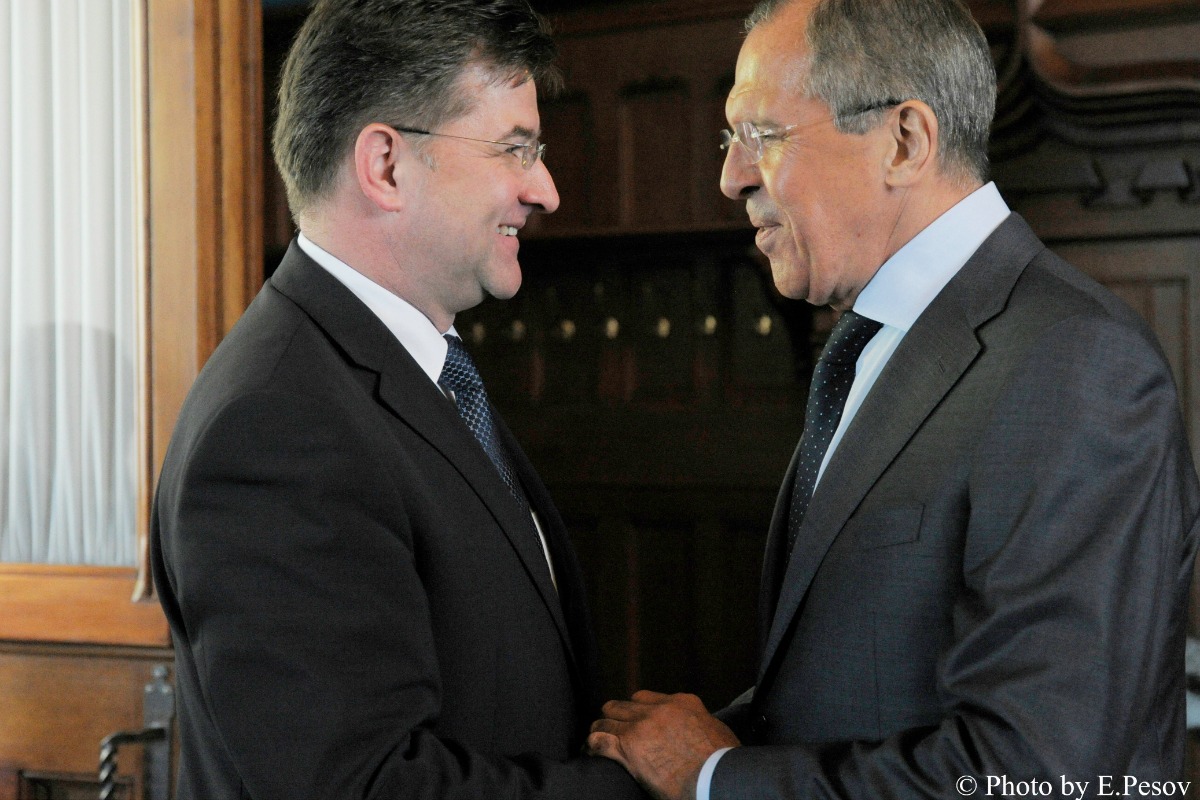 At the start of this week, while the European Union’s major powers were keeping up the pressure on the Kremlin over its intervention in Ukraine, Miroslav Lajcak, the foreign minister of EU member Slovakia, headed to Moscow.

Without fanfare, he met Dmitry Rogozin, Russia’s deputy prime minister, who days earlier had threatened to fly over a NATO state in a bomber jet and who under EU sanctions is banned from entering any country in the bloc.

The meeting with Rogozin came several weeks after Slovak diplomats in Brussels had tried and failed to have Rogozin’s name kept off the EU’s sanctions list, three EU diplomats told Reuters, though the Slovak government has disputed that account.

This special relationship with Rogozin is part of an awkward balancing act by Slovakia; preserving the economic benefits of being close to Russia while also belonging to a European Union set on punishing the Kremlin for annexing Ukrainian territory.

Slovakia is not the only country with torn loyalties. EU diplomats said Cyprus, Bulgaria and Hungary are particularly ambivalent about the bloc’s tough line on Russia over Ukraine.

France, for example, went ahead with a €1.2 billion contract to sell helicopter carriers to Russia because cancelling the deal would do more damage to Paris than to Moscow, sources told Reuters.

But Slovakia, a euro zone member and ex-Communist state of 5.4 million people, stands out for two reasons.

First, because about 40% of the gas Europe imports from Russia flows via Ukraine and into Slovakia, giving Slovakia a potentially decisive role if Russia goes through with its threat to turn off supplies to Ukraine.

Secondly because Slovakia’s prime minister, Robert Fico, has been outspoken in his view that trade ties and imports of Russian gas should come before punishing the Kremlin.

“It would be good if Fico would prefer Europe’s fundamental security rather than prices of gas for Slovakia,” one European diplomat told Reuters in Brussels.

Several European officials who spoke to Reuters said that while some of the pronouncements from Slovak officials on Russia had not been helpful, the country was unlikely to go strongly against the EU consensus or cause major problems.

A body called the Inter-governmental Commission on Economic, Scientific and Technical Cooperation illustrates the close economic tries between Russia and Slovakia.

That organisation is chaired, on the Russian side, by Rogozin, a nationalist and one of the Russian government’s most hawkish ministers. When earlier this month his flight was blocked from Romanian airspace, he wrote on Twitter: “Next time I will fly in a Tu-160,” a strategic bomber.

From the Slovak side, the co-chair is Lajcak, who as well as being foreign minister is also deputy prime minister.

Lajcak is a fluent Russian-speaker who studied at the Moscow State Institute of International Relations, alma mater of Russia’s brightest diplomats and, before the collapse of the Berlin Wall, the elite of the Communist bloc.

When, at an EU summit in March, Rogozin’s name appeared among others on a draft list of Kremlin-allied people who were to be subject to visa bans and asset freezes, Slovakia tried to have his name removed, according to the three EU diplomats.

Slovakia later dropped its objections and the sanctions list was adopted, with Rogozin’s name included. Asked by Reuters about this account, Slovakia’s foreign ministry said in an emailed response the information was “not precise”.

The relationship was renewed when Rogozin and Lajcak met in Moscow while the Slovak official was on a visit on May 18-19.

The Slovak foreign ministry said they met “unofficially,” and had decided to postpone the next session of the joint commission scheduled for Slovakia in June, due to the sanctions.

In Moscow, Lajcak met Foreign Minister Sergei Lavrov. Since Russia absorbed Ukraine’s Crimea region on 18 March, the only other EU foreign minister to meet Lavrov in Moscow was from Cyprus, another country with close economic ties to Russia.

Lajcak defended his visit, saying he was helping to keep lines of communication open between Russia and the West.

“Slovakia is and wants to be a trustworthy member of the EU and NATO. At the same time, it is interested in proper relations with non-members of these … organisations,” he was quoted as saying by Slovak news agency TASR.

On financial issues, Slovakia is a trusted part of the European mainstream. It has supported deeper integration of the euro zone, and the creation of the banking union.

The trip to Moscow followed a series of steps and pronouncements by Fico’s government which have raised questions in some quarters about how reliable it will be in holding the EU’s line on Russia.

Fico is a lawyer and former member of the Czechoslovak Communist party. He has attended receptions at the Cuban embassy in Bratislava, and he has in the past spoken of special relations between Slovakia and Russia as Slavic nations.

Since the crisis in Ukraine erupted, Slovakia has agreed to help Ukraine by opening a small gas link that will allow shipments of gas from Europe if Russia halts supplies.

But Fico said in March he would not be willing to provide cash for Ukraine to “sort out problems Ukraine has caused to itself.” He said the EU could provide funds.

Fico has also said he will not increase defence spending, despite exhortations from NATO, and said this week that tougher EU sanctions would be “suicidal” and “nonsensical.”

At a closed-door meeting in Bratislava last week with heads of government from the Czech Republic, Poland and Hungary, Fico said if it came to a new round of EU sanctions, he would defend Slovakia’s economic interests “to the last breath,” according to two sources with knowledge of the talks.

Fico also criticised what he calls hypocrisy in some EU nations; France selling military ships to Russia, and western firms signing a deal on a pipeline from Russia to Austria.

“He comes from the idea, and it seems to be finding some resonance in Slovak society, that simply the question of one’s own benefit is more important than strategic considerations,” said Grigorij Meseznikov, co-founder of the Institute for Public Affairs, an independent Slovak think tank.

The EU and US imposed sanctions on allies of Russian President Vladimir Putin following the country’s annexation of the Ukraine province of Crimea.