‘Stay calm’ EU tells US as Ukraine braces for the worst 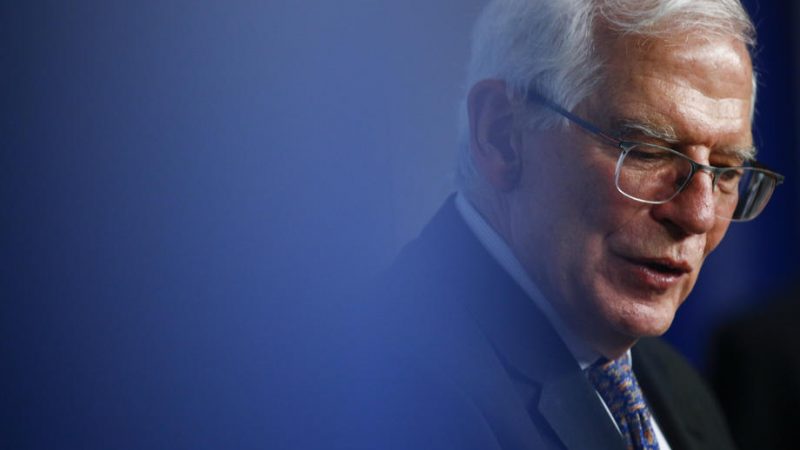 “Everything is under control, there is no reason to panic”, Ukraine’s President Volodymyr Zelenskiy assured after a meeting of the country’s National Security and Defence Council in Kyiv on Monday (24 January).

It echoed comments by Ukrainian and Western officials, which tried to project a semblance of normality, stressing the fact that the invasion had started back in 2014, when Vladimir Putin annexed Crimea and kickstarted a violent separatist uprising in the Donbas region in the east.

And indeed, the mood in Ukraine’s capital city remains calmly defiant, with shops and cafés busy and few visible signs of panic, despite the decision by the US and UK embassies to evacuate all non-essential staff amid warnings of a Russian attack.

Ukrainians, asked by EURACTIV, pointed towards the fact that war has been going on in the country for the past eight years, though some confirmed thinking about emergency plans in the event of invasion.

Some 48.1% of Ukrainians perceive the buildup of Russian troops on the border as a real threat of an invasion this winter or spring, according to a recent survey conducted by Kyiv International Institute of Sociology (KIIS) earlier this week.

A third of Ukrainians, meanwhile, said they are ready to take up arms to resist Russian intervention.

Western intelligence services see with concern how Russia is moving more and more troops to the border with Ukraine, including via Belarus and the Black Sea. Moscow denies it is planning to invade and blames the West of being hysteric.

The Ukrainian Defence Ministry’s latest intelligence assessment has recently put the number of Russian troops around the country’s borders at more than 127,000.

While the threat of large-scale war is credible, the expectation is, however, that Russian forces on the ground ‘won’t do the trick’ for an invasion, a senior diplomatic source told EURACTIV in Kyiv, on the condition of anonymity to speak more freely.

At the same time, Russia’s President Vladimir Putin cannot withdraw from the region unless he achieves something he can present as victory back home after having made public commitments, according to the source.

‘Massive measures’, but no details

In Brussels, EU foreign ministers on Monday (24 January) said the bloc “condemns Russia’s continued aggressive actions and threats against Ukraine and calls on Russia to de-escalate.”

“Notions of ‘sphere of influence’ have no place in the 21st century (…) any further military aggression by Russia over Ukraine will have massive consequences and severe costs,” they said in a statement.

However, the EU27 still seems to struggle to portray a united front against Russia.

As on previous occasions, no specific details of the ‘consequences’ expecting Moscow were given, which by some observers was seen as a reason why cohesion so far has prevailed over open disagreements.

Others invoke strategic secrecy as the biggest deterrent in the current stand-off with Moscow.

“Part of the deterrence is not to give information,” EU’s chief diplomat Josep Borrell told reporters after the meeting.

“So don’t worry, the measures will be taken and implemented at the appropriate moment, if it comes,” he added. 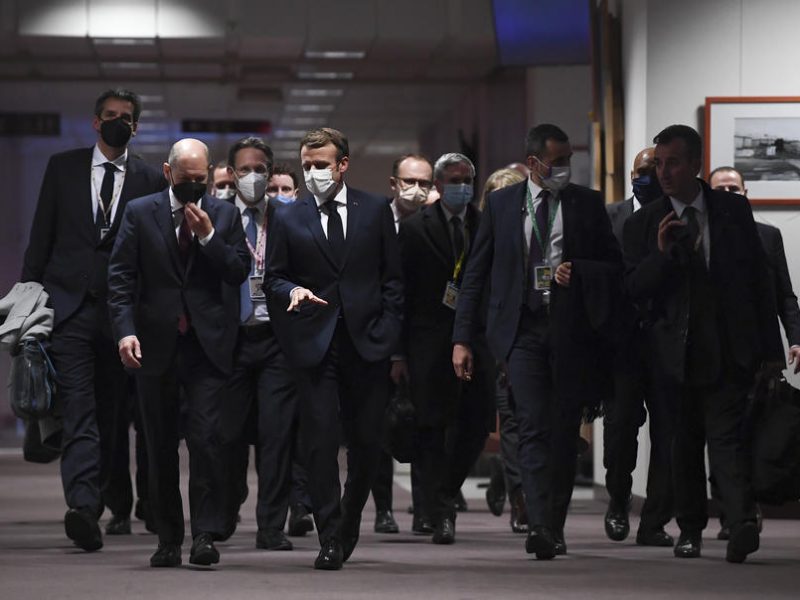 EU leaders on Thursday (16 December) agreed to coordinate with allies over potential sanctions against Russia in the event of further military aggression on Ukraine. The problem remains to define what level of escalation would trigger what sort of response.

EU diplomats, however, when in the past few weeks asked about cohesion over future Russian sanctions, did not hide their worries that certain possible elements of such – like killing Nord Stream 2 or cutting Russia off the global financial payments system SWIFT – could cause a split between some member states.

German Foreign Minister Annalena Baerbock said in reference to the latter option, that wielding the “hardest stick” may not always be the best way to deal with such a situation.

A senior EU official, however, recalled that in September 2014 it took the EU ‘just three days’ to complete its coercive measures after Russia started shelling Eastern Ukrainian port city Mariupol.

“We are talking about potentially the most important change in the security situation in Europe since the end of the Cold War,” the senior EU official said. “Our response will be up to the challenge.”

While the UK and Australia followed the United States in ordering diplomats’ families to leave Kyiv, the EU and the Ukrainian government said any withdrawal of foreign embassy personnel was sowing panic.

France and Germany, amongst others, told citizens to avoid non-essential travel to the country but stopped short of further steps.

Borrell said after the EU27 talks with US top diplomat Antony Blinken that there was nothing to suggest an “immediate” Russian attack.

Any withdrawal of diplomatic personnel appeared ‘premature’, he said, as he evidently sought to calm Western fears over the current Western perception of Ukraine tensions.

“We know very well what the degree of threats are and the way in which we must react, and no doubt we must avoid alarmist reactions,” Borrell said.

“You have to stay calm doing what you have to do, and avoid a nervous breakdown,” he added.

Several EU diplomats from across the bloc openly expressed their irritation over the announced US withdrawal.

“This was very ill-timed and frankly if we want to portray any kind of unity towards Russia, this was also the wrong signal to send to the Ukrainians, which will now think we’ll jump ship if things come to worst,” a EU diplomat said.

Ukraine’s President Volodymyr Zelenskiy in a phone call with European Council President Charles Michel on Monday thanked him and EU leaders ‘whose diplomats remain in our country and support us in our work’, his office reported.

It was “important to preserve the unity of all EU member states in protecting the sovereignty and territorial integrity” of Ukraine, he added.

The US, UK and Baltic States have answered calls from Ukraine to bolster their defence capabilities by agreeing to send weapons, including anti-tank and anti-aircraft missiles as tens of thousands of Russian troops gather on the Ukrainian border.

NATO said on Monday (24 January) members were placing its troops “on standby” and sending ships and jets to bolster Eastern European defence, pointing to recent mobilisations by Denmark, Spain and the Netherlands.

“And we continue to call on Russia to de-escalate and choose the path of diplomacy,” he added.

The Kremlin, meanwhile, accused NATO of “hysteria” over its military buildup over Ukraine.

It also claimed that Ukrainian troops fighting Russian-backed separatists in the east of the country could launch an offensive, prompting President Volodymyr Zelensky’s office to say that Ukraine will not “succumb to provocations.”

Earlier this week, Washington has warned that Russia could manufacture a “false flag” incident in Ukraine to be able to then frame an invasion as a justified response.