The Brief, powered by BP – The year of living dangerously in Ukraine 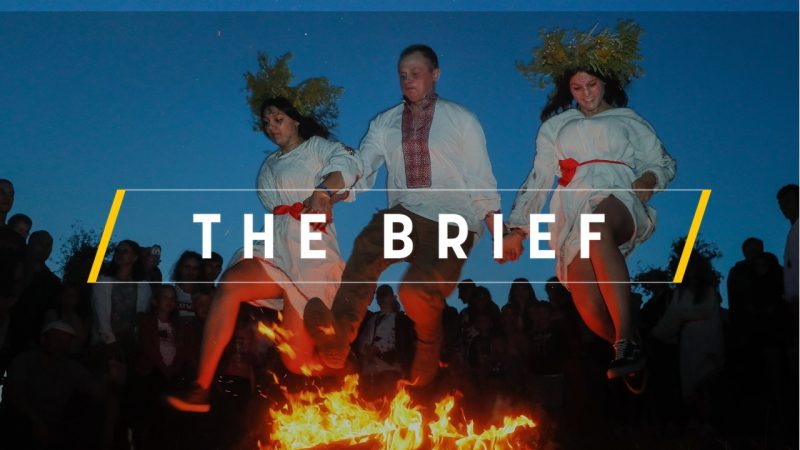 Ukraine’s political scene is probably among the world’s most interesting at the moment, not only because of the ongoing attempt to impeach Donald Trump over a telephone conversation with his Ukrainian colleague Volodymyr Zelenskiy.

Top spies, leaked tapes, covert action, digging dirt, treachery and treason at the highest level, all the ingredients of the best spy novels can be found in today’s Ukraine.

And it is impossible to safely predict how internal scandals in Ukraine will unfold.

All the more relevant as the leaders of Ukraine, Russia, France and Germany are meeting in Paris on Monday (9 December) to try and chart the way forward. But the recent goings-on in Ukraine hardly make their job any easier. They read like a rollercoaster account of presidents coming and going, and taking a swipe at their predecessor.

On 19 November, recordings were leaked on Telegram channel of what is presumed to be the voice of Roman Truba, director of the State Bureau of Investigation (SBI), reporting to Andriy Yosypovych Bohdan, the head of President Vladimir Zelenskiy’s administration, about an ongoing investigation into Ukraine’s former president, Petro Poroshenko.

Three days later, the outgoing European Council President, Donald Tusk, reacted with  concern over “politically motivated prosecutions”. Poroshenko is a well-respected figure in the EU and in European People’s Party circles, and the EPP is known for looking after their own. 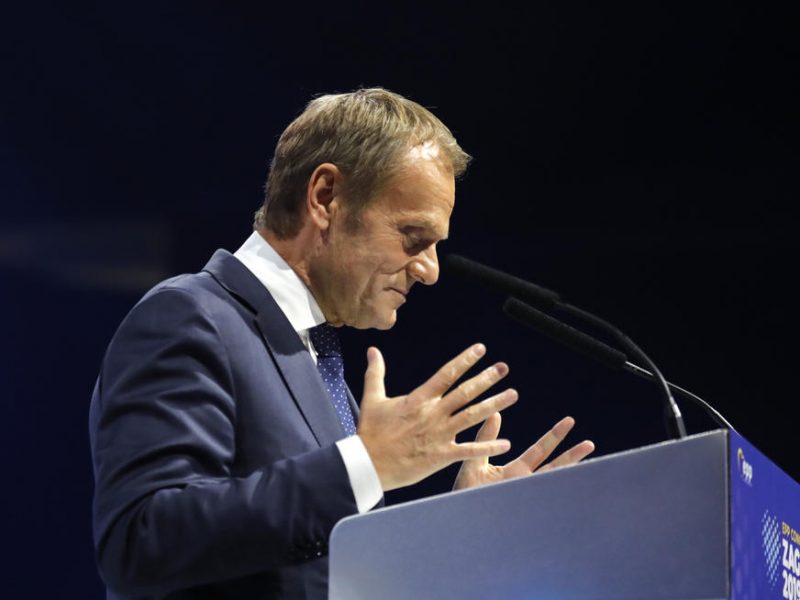 And the case is still unfolding.

On 3 December, Ukraine’s parliament, the Verhkhovna Rada, passed a law “on improving the activity” of SBI that strengthened parliament’s oversight of the bureau, as well as changed  the bureau’s status from a “central executive government agency” to a “state law enforcement agency.” Due to the significant changes in the competencies of the SBI leadership, Roman Truba and his deputies were asked to step down.

Truba remains in office until President Zelenskiy signs the bill resulting in his dismissal.

“He [Truba] is suspected of some politically biased projects, when we hear recordings of hours-long conversations, we understand that there is political pressure, there is a political component,” said MP Irina Vereshchuk from the “Servant of the People” party, according to Ukrainian media reports the next day.

Incidentally (or not), new Truba recordings appeared the same day the parliament passed the bill that would dismiss all top level SBI officials.

Asked if the leaked conversations should be investigated, MP Vereshchuk said: “Definitely. For such accusations…there must be an investigation”.

“If Truba committed a crime, he must be punished,” she stressed.

Truba did not sit on his hands. He said the recordings were not genuine and it therefore did not matter whose voice was in them but he also revealed he had found listening equipment in his office.

Truba said an SBI employee has been responsible for installing the listening device at the time when criminal investigations into former President Petro Poroshenko were opened, but he has so far not revealed any names.

As a parting shot, Truba also announced that before he leaves office, materials on a second case involving Poroshenko will be sent to the General Prosecutor.

On 18 November, the SBI announced it suspects Poroshenko of illegal activity, the Kyiv Post reported. Until then, the former president was only a witness in 13 ongoing investigations.

The former president is currently an MP and enjoys immunity, which would have to be lifted by the parliament for the prosecution to go ahead.

Poroshenko is now suspected of meddling with a judicial competition and an “illegal appointment” of the deputy chief of Ukraine’s Foreign Intelligence Service, Serhiy Semоchko, who himself was accused of treason. Poroshenko dismissed Semechko but the former intelligence chief currently is trying in court to get his job back.

The investigations of Poroshenko were launched after a wave of criminal complaints submitted by Andriy Portnov, the former deputy head in the administration of ex-President Viktor Yanukovych, ousted during the Euromaidan revolution of 2014.

Portnov spent five years in emigration after the revolution and only returned to Ukraine this year.

Tusk, who has meanwhile become the chief of the EPP, said after the first leaks appeared: “My first impression is that this is something really dangerous”.

Though he said he was not aware at the time of the details, he emphasised that “every attempt to intimidate the leaders of the opposition will be a matter of concern in Europe, wherever it happens”.

While EU officials see the bloc’s partnership with Eastern European countries as an overall success, rule of law and good governance remain an issue in the region. Let’s see if President Macron’s re-discovered sympathy for Russia helps unlock some progress in the mess that is today’s Ukraine.

A message from BP: Are you amongst the 34% of people who think Flying taxis will be commonplace by 2050? Explore what people surveyed think the future of transport might look like in a new report from transport research consultancy SYSTRA, commissioned by BP.

The Greek government is determined to take all necessary initiatives to ensure that the Western Balkan region’s EU ambition will become a reality soon, the Greek Minister of Foreign Affairs Nikos Dendias has said.

Azerbaijan will hold early elections on 9 February, with the move is in line with a recent major government shakeup and the country’s drive to modernise and rebuild EU ties.

Lega leader Matteo Salvini’s recent scolding of the iconic hazelnut spread ‘Nutella’ has exposed flaws in the ‘Italian first’ formula that has led the Italian to past electoral successes.

A €9-million report on the state of species and natural habitats in Bulgaria, paid for with EU taxpayers’ money, may in fact be a sham,  EURACTIV Bulgaria’s Valia Ahchieva reports.

Austria’s Green party is expected to join the government for the first time, with negotiations already underway.

Representatives from member states in the EU Committee on Plants, Animals, Food and Feed (SCOPAFF) voted to ban the controversial ‘brain-damaging’ pesticides from the EU market.

Batteries that do not meet rigorous green standards could be banned from the European market, Commission Vice-President Maroš Šefčovič warned, as the EU executive approved €3.2 billion of state aid for some home-grown projects.

The General Affairs Council will focus on Article 7 procedures, holding a hearing on Hungary and taking stock of the situation as regards the rule of law in Poland.