Thousands rally in Georgia after death of TV cameraman 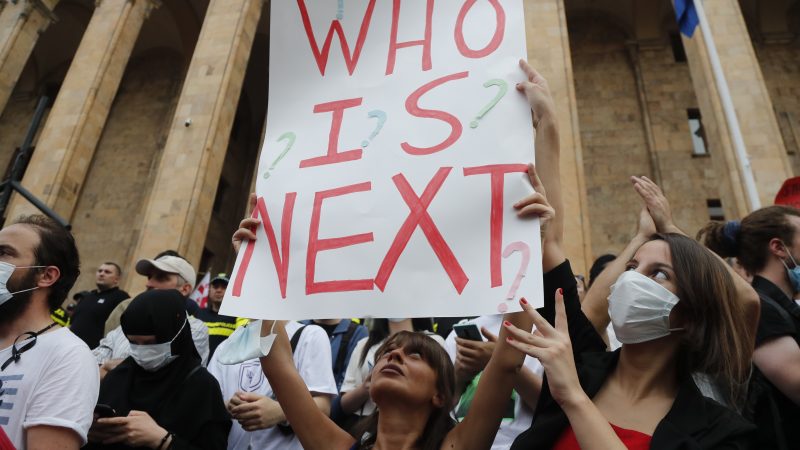 Thousands rallied in Georgia on Sunday (11 July) demanding the government to resign following a TV cameraman’s death after being badly beaten by far-right assailants during a protest against an LGBTQ Pride march.

Alexander Lashkarava, 37, a cameraman for independent TV station Pirveli, was found dead in his bed in the early hours of Sunday.

On Monday, he was assaulted by a violent mob of anti-LGBTQ protesters and sustained fractures to his facial bones.

More than 50 journalists were injured that day by anti-LGBTQ groups protesting against the planned march, which was cancelled over safety fears. 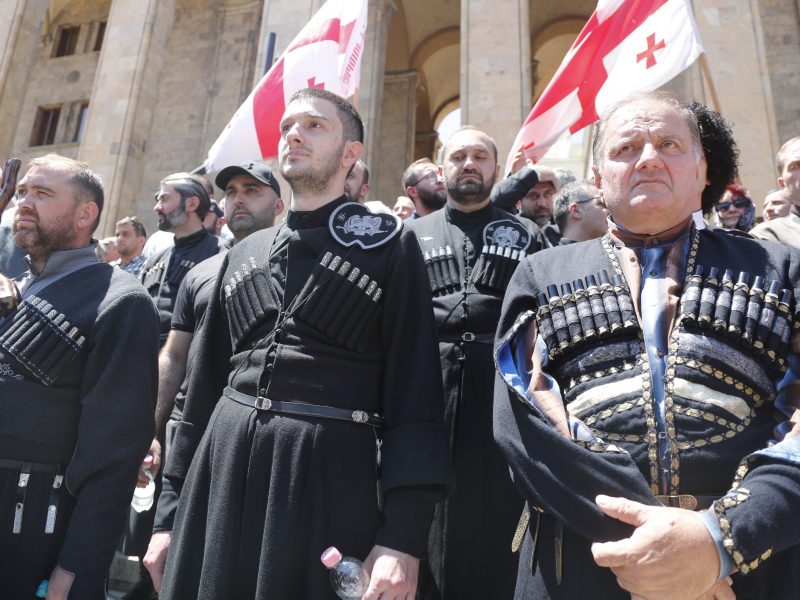 Rights activists called for a protest on Sunday evening, with about 8,000 demonstrators gathering outside parliament by 8:00 pm, an AFP correspondent at the scene reported.

“We demand the immediate resignation of Irakli Garibashvili and his government who have spearheaded violence against journalists,” Nika Melia, the leader of Georgia’s main opposition force, the United National Movement, told AFP at the rally.

Giorgi Svanidze, a 43-year-old physician, said that the ruling Georgian Dream party “is cultivating the climate of hatred in this country — against journalists, rights activists, opponents”.

“The government must go,” the protester told AFP.

The United States and European Union condemned the attacks on journalists and called for the prosecution of those responsible.

“The safety of every Georgian journalist and the credibility of democracy in Georgia require that every individual who attacked peaceful citizens and journalists… must be identified, arrested, and prosecuted to the full extent of the law,” the US embassy said.

“Let me reiterate the EU’s strong condemnation of all violence and our staunch and unwavering support to the freedom of media and assembly,” the EU ambassador to Georgia, Karl Hertzel, said in a statement.

PM Garibashvili expressed condolences to Lashkarava’s family and colleagues and promised a prompt investigation into the causes of his death.

“This is an incredible tragedy,” he said on Facebook.

Georgia’s interior ministry said in a brief statement that an investigation had been opened into Lashkarava’s death.

Four men who attacked Lashkarava were arrested this week, but Pirveli TV criticised police for not prosecuting about two dozen other assailants despite the fact their identity was established.

It accused authorities of “culpable passivity” and said police had failed to protect journalists.

“The government not only encourages violence against journalists, it is part of the violence,” Nodar Meladze, TV Pirveli’s news editor, told AFP.

“The government has set up violent groups to attack independent media,” he said, adding that “riot police have also repeatedly targeted journalists.”

Garibashvili has faced strong criticism from the opposition and rights activists after he spoke out against holding the Pride march, describing it as “unacceptable for a large segment of Georgian society.”

Critics have accused the ruling Georgian Dream of tacitly supporting homophobic and nationalist groups, who have also staged protests against pro-Western opposition parties.