Ukrainians hold a banner reading 'No to capitulation!' during their rally against signing 'Steinmeier formula' by Ukrainian delegation in Minsk, on the Independence Square in Kiev, Ukraine, 6 October 2019. [Sergey Dolzhenko/EPA/EFE]

In the first breakthrough towards a possible peace deal in years, envoys from Moscow and Kyiv agreed at talks on Tuesday on an election schedule for the Donbas region and on legislation giving it special status. Ukraine also agreed to call back its forces from the current contact line with separatist fighters. 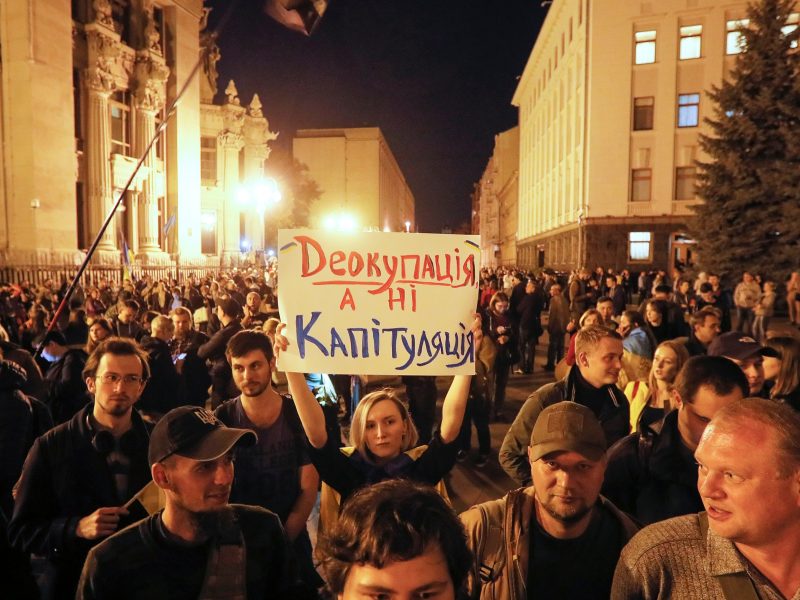 But for many Ukrainians, these measures, based on the so-called ‘Steinmeier formula’, represent a huge betrayal by Zelenskiy who took power in April after a landslide election win. The war in eastern Ukraine has killed more than 13,000 people since April 2014.

The formula is named after the then German foreign minister Frank-Walter Steinmeier, who tried in 2016 to find an exit from the impasse with the implementation of the Minsk agreements of 2014 and 2015. Steinmeier tried to simplify the Minsk agreements, however, the sequencing of the events remains unclear and subject to controversy.

“This is the beginning of the full capitulation of Ukraine,” 53-year-old Roman, who fought in Donbas as a volunteer. He declined to give his surname.

Lawmaker Yana Zinkevych, who belongs to the previous president Petro Poroshenko’s party, “European Solidarity”, was among those who addressed the rally.

“This is Putin’s formula, these are the things that protect Russia’s interests and not ours, we have to fight and prevent its implementation,” Zinkevych told the crowd from a stage in the square.

Last week’s deal opened the way for a resumption of top-level peace talks to end the conflict, which helped send Russia’s ties with the West to post-Cold War lows in 2014.

Zelenskiy said last week that he would discuss a peace deal for Donbas in upcoming four-way talks with Russia, Germany and France. He said any elections in Donbas would be held only after all Russian troops had left. Russia denies having troops there.

As things stand, Zelenskiy’s party “Servant of the People”, which holds a majority of 251 seats in the Ukrainian parliament, is still short of the 300 votes needed to change the Constitution and give autonomy to Donbas.

“The only formula that we are ready to accept is the formula… that was written in our Constitution, the formula, for which thousands of people died, this is the formula of a united sovereign Ukraine”, said Sovsun. 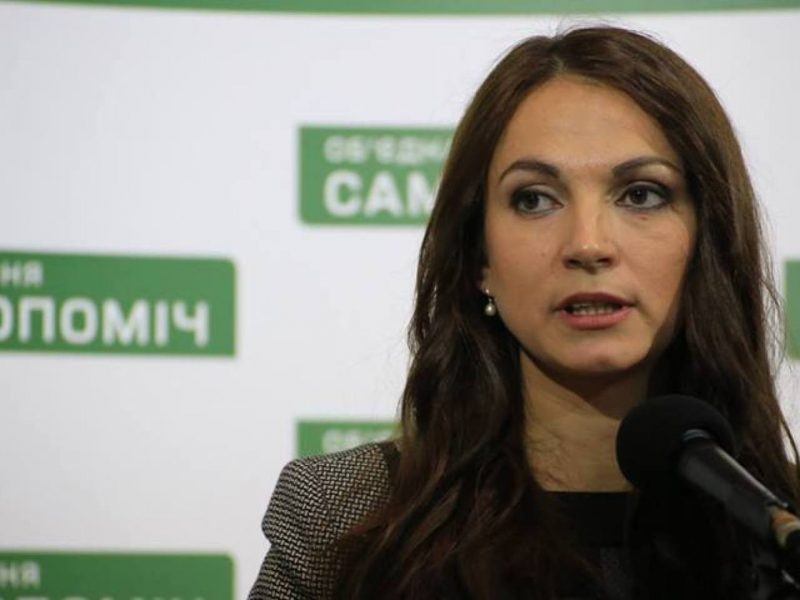 A summit between Ukraine, Russia, France and Germany is expected to take place within days in an effort to settle the conflict in Eastern Ukraine. But such a summit is pointless, especially when Putin will play his role of ‘нас тут нет’ (we are not here), says Hanna Hopko.