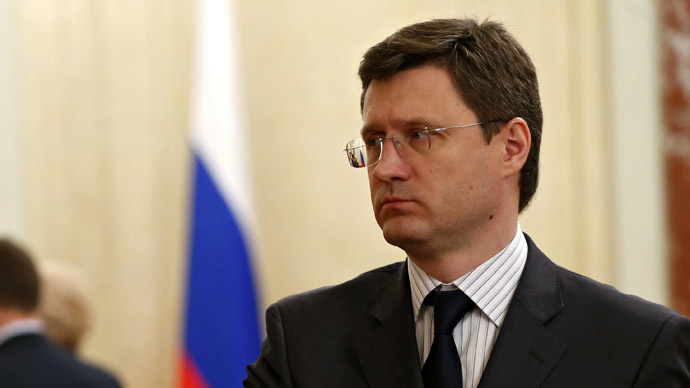 Following a trilateral meeting with the EU and Ukraine in Warsaw on 2 May, Russia threatened to cut natural gas supplies to Kyiv in June if it receives no prepayment in an escalating row against the background of growing political tensions.

Relations between Russia and the West have fallen to their lowest ebb since the Cold War following Moscow’s annexation of Ukraine’s Crimea region and the outbreak of clashes involving pro-Russia militia in the east of the country.

“If we don’t receive pre-payment for June by 31 May, then it is possible Gazprom will reduce gas supplies to Ukraine or provide it with the capacity it has paid for by 31 May,” Russia’s Energy Minister Alexander Novak said during joint talks in Warsaw between Russia, Ukraine and European Commission.

He also warned that Ukraine might not be able to store enough gas during the summer for transit to European countries in the winter.

A third of the EU’s gas demand is met by Russia, with almost half of that passing through Ukraine, which is currently in a pricing dispute with Russian gas exporter Gazprom, its third in the past decade.

Friday’s gas talks were held after Russian President Vladimir Putin called on the EU to intervene to avert a repeat of gas cuts prompted by the two previous pricing disputes.

Coming out in support of Ukraine, EU Energy Commissioner Günther Oettinger told the gas meeting that the EU would support Ukrainian gas firm Naftogaz economically, adding he hoped there would be no gas stoppages.

“Stakeholders promised that there will be no stoppages in gas deliveries and despite ongoing legal issues, gas will be delivered to the EU and Ukraine by end-May,” Oettinger told a press briefing. The three sides will meet again in mid-May and at the end of the month.

“Ukraine, having received from Russia an unjustified, discriminatory price for gas from 1 April 2014, at nearly $500 per 1000 cubic metres (up from under $300), will not be able to pay for gas deliveries at this price,” said Ukraine’s energy minister Prodan.

Gas prices are also an issue between Russia and the EU, and Oettinger said EU member states should reject Moscow’s “divide and rule” tactics on pricing.

“The game of ‘divide et impera’ (divide and rule), or a game of this type proposed by Moscow, cannot be and will not be accepted by EU member states,” Oettinger said, referring to the varying prices Russia charges across Europe.

He called for a unified EU gas price from Russia, reflecting tougher talk on energy in Europe in the wake of the Ukrainian crisis.

Tusk has also promoted the idea of an EU energy union and joint purchases of Russian gas [read more].

“We have very big differences in terms of gas prices. The higher the share of Russian gas in purchases and the bigger the monopoly Russia has in supplies, the higher the prices are,” Oettinger said.

Gazprom said his pricing proposal raised contractual questions. “We would like to know if the proposal is to unify the price for all suppliers of gas to Europe, not only Russia,” said spokesman Sergei Kupriyanov.

Gazprom boss Alexei Miller was attended the talks on Friday when asked about idea told Reuters: “What I’m most concerned about is that Ukraine said today it is unable to guarantee stable transit to Europe this winter.”

Prodan said Ukraine was ready to guarantee smooth transit and he hoped an ongoing arbitration in Stockholm over what Ukraine sees as artificially high prices may lead to the realisation that in fact Ukraine owes Gazprom no money.

Price disputes between Moscow and Kyiv prompted Gazprom to switch off supplies in 2006 and again in 2009, causing winter heating and cooking gas shortages in Ukraine and several states which receive gas via the country.

The EU has since made some progress in diversifying its energy mix yet its reliance on Russian oil, gas and coal has continued to rise, with Europe paying Moscow $250 billion in annual energy bills.

Oettinger also said Europe should have pan-European grids for natural gas and electricity, including more power links between countries.

“The infrastructure with regard to gas and energy transit should have a pan-European character and should also include Ukraine, Georgia and Western Balkans,” Oettinger said. “We want to prove our solidarity with Ukraine.”

Sabine Berger, spokesperson to Energy Commissioner Günther Oettinger, said she didn’t agree that the trilateral talks had been a failure.

“All parties recongised the value of the trilateral discussions and agreed to meet again”, she said. A second meeting will be held in mid-May and a third one at the end of May, she added.

Regarding the statements of Oettinger regarding a uniform price for Russian gas for all its member states, she said by completing the internal market in the gas sector and by increasingly applying market principles, prices in the EU would converge. She added that gas prices should no longer be linked to oil prices.

Berger also said that the Commission prepares proposals to be discussed by the EU’s heads of state and government at their 26-27 June summit.