Tsipras has first clash with EU – over Russia 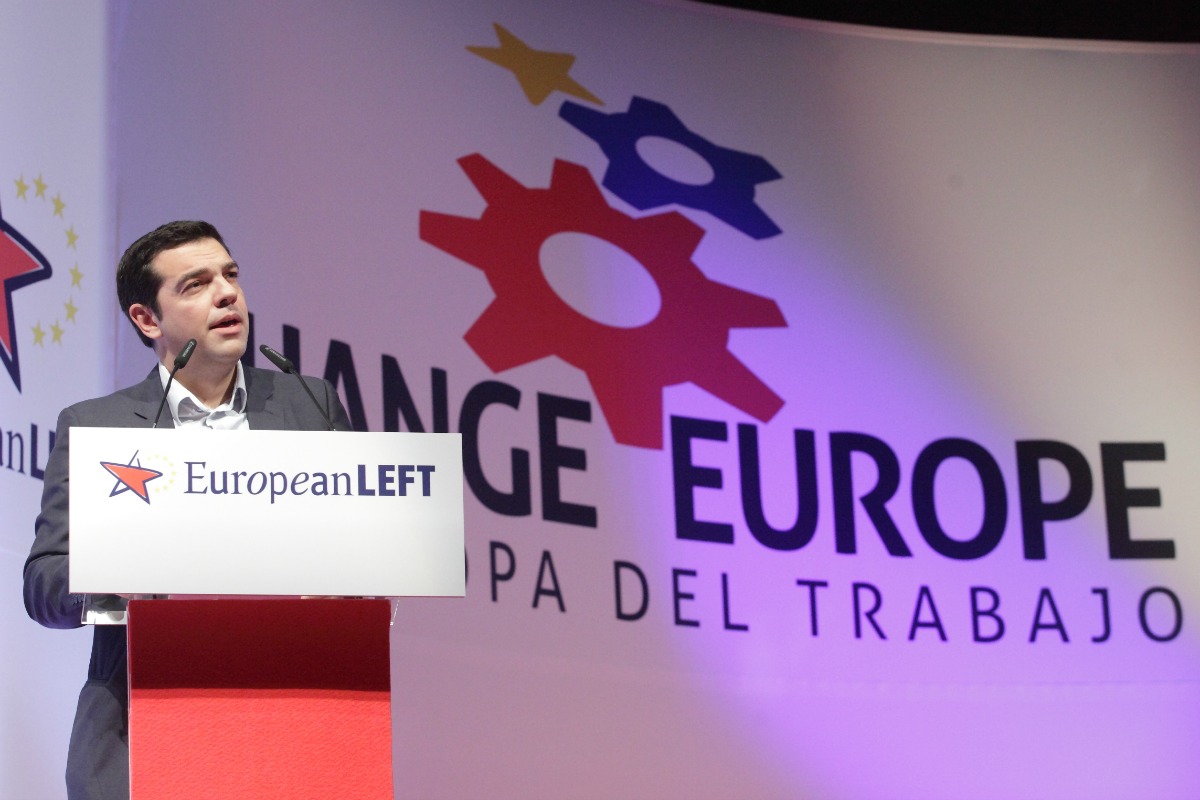 And it didn’t take long before the new Greek leadership made its mark. The inauguration of the new government on Monday (26 January) was marked by the first “clash” with the European Union.

Ahead of an extraordinary meeting of EU foreign ministers in Brussels today (28 January), the European Council representing the 28 EU heads of states and governments issued a statement blaming Russia for the escalation of violence in eastern Ukraine, threatening Moscow with new sanctions.

“We condemn the killing of civilians during the indiscriminate shelling of the Ukrainian city of Mariupol on 24 January 2015,” reads the statement prepared by diplomats representing the Union’s 28 member states. “We note evidence of continued and growing support given to the separatists by Russia, which underlines Russia’s responsibility. We urge Russia to condemn the separatists’ actions and to implement the Minsk agreements.”

The resolute tone of the declaration is grounded in earlier Council conclusions, adopted unanimously on 18 December, which clearly states that “the EU will stay the course” on Russia and is “ready to take further steps if necessary.”

But that was before Tsipras came to power. In a statement, the Greek government denounced the “non-institutional” way in which the declaration was drafted.

The EU statement, it said, “was released without the prescribed procedure to obtain consent by the member states and particularly without ensuring the consent of Greece”.

“Greece does not consent to this statement,” concludes the communiqué.

According to Greek government sources, other EU countries like Cyprus also raised objections but did not manage to modify the wording.

Victoras Papadopoulos, a spokesman for the Cyprus government, said yesterday that Nicosia was disappointed with the procedure used to draft the EU Council statement. The notice for today’s extraordinary meeting was received late and had a 3 hour deadline for member states to answer, which he said was too short.

“The voices opposed to new sanctions against Russia were not heard,” Papadopoulos said.

Similarly, the Greek Prime Minister’s office contacted the cabinet of EU Council President Donald Tusk raising objections to the statement and requesting some modifications be made to it. Tsipras also had a phone call with EU foreign policy chief Federica Mogherini, expressing his discontent.

Asked whether Athens will veto new sanctions against Moscow at today’s meeting, the newly appointed Greek foreign minister, Nikos Kotzias, said “the Greek position will be democratic”. According to sources, the newly-elected government in Athens will not tolerate the “marginalisation” of Greece and will ask equal treatment.

Diplomatic circles in Nicosia, for their part, said Cyprus will express opposition to new sanctions.

The new Greek government’s opposition to a hard line on Russia does not come as a surprise.

As EURACTIV Greece first reported, both Syriza and MEPs from the Independent Greeks party had initially opposed the signature of the EU-Ukraine Association Agreement, which irked Moscow, and abstained from backing a similar deal between the EU and Moldova.

When Greek PM Alexis Tsipras was campaigning for the European Commission Presidency last year, he stated that Ukraine should be seen a “bridge” between Russia and the West, and criticised EU governments for supporting a Kyiv government in which he said “neo-Nazis” were represented.

And just before his official inauguration on Monday, Tsipras first had meetings with the Ambassadors of Russia and China in Athens, showing his willingness to open dialogue with Moscow.

Dimitris Papadimoulis, a leading Syriza MEP, says the EU’s policy on Ukraine does not focus on a political or diplomatic solution but is instead fully aligned with American and NATO interests. This, he claimed, resulted in substantial losses for EU farmers, because of the subsequent sanctions adopted by Moscow.

When Syriza was still in opposition, it argued for Greece to unilaterally exit from the EU sanctions against Russia.

The Independent Greeks party, for their part, have an even firmer stance against the Russia sanctions.

Panos Kammenos, a leading figure in the party, blames Western propaganda for the bloodshed in Ukraine. “Western NGOs sponsored by Germany or foundations like the Clinton Institute, provoked the crisis in Ukraine where a coup d’état overthrew the legal government,” he said in declarations made in October last year.

But some political analysts in Athens also suggest the noise around Russia sanctions may only be a diversion. The new Greek government, they say, might want to use the standoff on Russia as a way to divert attention from its main goal – to renegotiate the terms of the country’s bailout with the EU and the IMF.

Since last summer, opinion polls have consistently been showing that an early election would bring the radical leftist Syriza party to power.

The party was Greece's biggest winner in the 2014 European elections.

The snap general elections held on 25 January 2015 proved the polls right, as Syriza leader Alexis Tsipras came away with 36.5% of the vote, winning 149 of the 300 seats in the country's Parliament.

This victory is expected to usher in a period of difficult negotiations with other EU leaders around Greece's debt pile and the terms of its international bailout, agreed with the EU, the ECB and the IMF.

0 responses to “Tsipras has first clash with EU – over Russia”