Officials said the accusations against Poroshenko were related to similar charges against pro-Russian lawmaker Viktor Medvedchuk, who has been under house arrest for about six months.

Since Zelenskiy took office in May 2019, the authorities of the country have been harassing its predecessor Poroshenko, raising dozens of investigations against him. Several European and Transatlantic partners have raised concern at the notice of charges against Poroshenko. 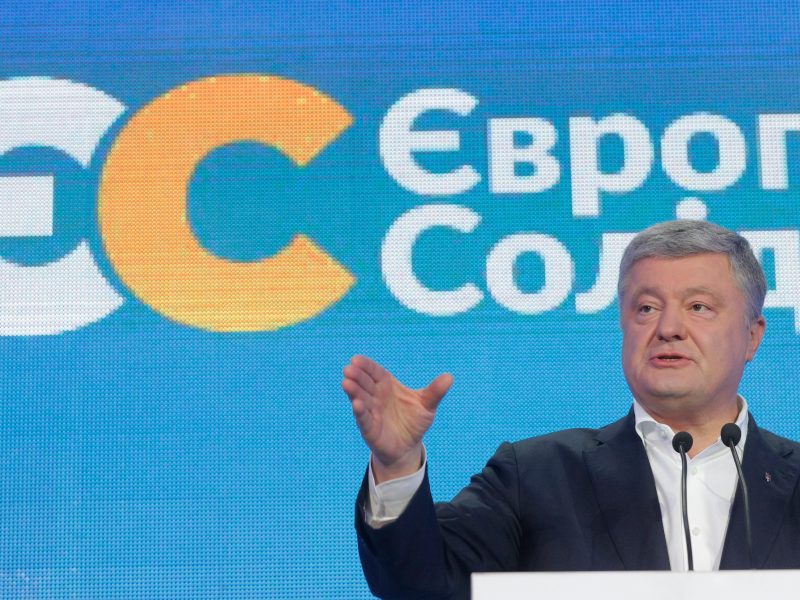 Poroshenko fights selective justice 'at the orders of Zelenskiy'

Former Ukrainian President Petro Poroshenko is fighting a court decision to have him brought in by force for questioning by the State Bureau of Investigations (SBI). Poroshenko’s lawyers and his party said this latest development illustrates what the West calls “selective justice” in Ukraine.

Oleksander Turchynov, a senior official in Poroshenko’s European Solidarity party, said in a statement the accusation was fabricated on the instruction of President Volodymyr Zelenskiy and it would “turn into a farce just like all the previous ones”.

Ukraine has been at war with Russian-backed separatists in the Donbass region since 2014.

Medvedchuk, whose political party is the second largest in parliament, is a Ukrainian citizen but has close ties with Russian President Vladimir Putin and has said the Russian leader is godfather to his daughter.

Ukraine’s state investigative bureau said in a statement that Poroshenko was suspected of “facilitating the activities” of terrorist organisations in a preliminary conspiracy with an unnamed group of people including some top officials in Russia.

In October, law enforcement officials accused Medvedchuk of colluding with officials during Poroshenko’s administration to buy coal from mines in separatist-held areas in 2014-2015 as a way of financing the separatists.

Poroshenko’s party in October called those accusations a smokescreen to divert attention from the government’s own wrongdoing.

Officials said last week the bureau could not summon Poroshenko for questioning in person. Poroshenko’s party said the former president had left the country for a planned trip.