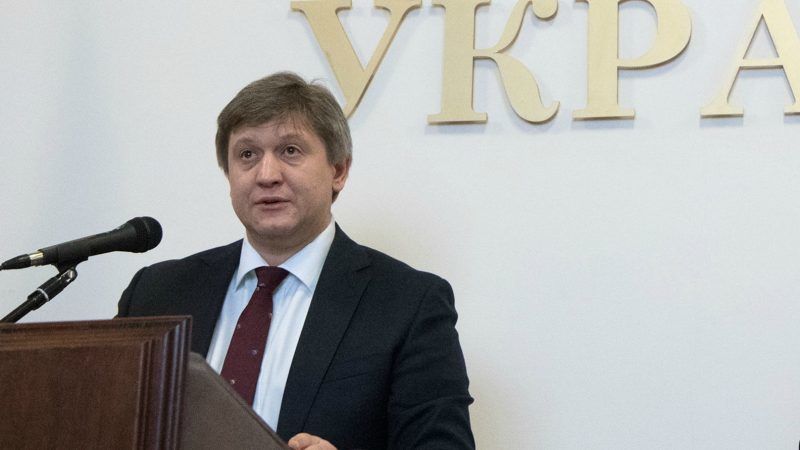 A total of 254 lawmakers in the 450-seat parliament supported a motion submitted by Prime Minister Volodymyr Groysman to sack Oleksandr Danylyuk.

The 42-year-old anti-corruption campaigner ruffled many feathers as he sought to clean up the former Soviet country’s fiscal and customs services.

#UPDATE Oleksandr Danylyuk was supported by the International Monetary Fund and his dismissal is expected to raise concern among Ukraine's lenders and foreign governments https://t.co/z5DIWMgkEr

He is supported by global donors including the International Monetary Fund and his dismissal is expected to raise concern among Ukraine’s lenders and foreign governments.

In another crucial development expected to be received more favourably by the West, the parliament approved in the second and final reading a draft law to create an anti-corruption court — a key IMF condition for it to distribute more aid to Ukraine.

President Petro Poroshenko hailed the move as a “victory for Ukraine” after 315 lawmakers supported the legislation, with just 25 voting against.

“I believe this is a historic day,” Poroshenko said in parliament.

“Today we have completed the formation of anti-corruption infrastructure,” he added on Twitter.

Ukraine’s Western allies have long called on Kyiv to reform the country’s kleptocratic system and create an independent court to handle corruption cases.

“The establishment of a genuinely independent anti-corruption court is the most important, immediate step the government can take to meet those demands and roll back corruption that continues to threaten Ukraine’s national security, prosperity, and democratic development,” Washington said.

Poroshenko said the legislation adopted Thursday was in line with Western recommendations and Ukrainian law.

Poroshenko initially balked at the idea of creating an independent anti-corruption court, saying in 2017 that such institutions existed in “Kenya, Uganda, Malaysia and Croatia” but not in western Europe or the United States.

Ukraine's @poroshenko in parliament ahead of big anticorruption court vote today urging MPs to pass it. Rich of him, though, to say he's been the person pushing for a "completely independent" court when he was publicly against the idea and accused of sabotaging it for years. pic.twitter.com/Y9l5nn4JcV

The IMF and the World Bank have in the past criticised Ukraine’s draft legislation for the anti-corruption court, saying it was not in line with Western requirements.

The IMF said Thursday it needed time to review the legislation.

“The IMF staff look forward to reviewing the approved law to assess its consistency with agreements under the IMF-supported program,” said Goesta Ljungman, the organisation’s Ukraine representative.

Reformist lawmaker Sergiy Leshchenko, writing on Twitter, expressed hope that the creation of the anti-corruption court would “restore the confidence of international financial institutions and support the hryvnya,” the country’s currency.

Over the past years, global lenders have provided Ukraine — which is locked in a conflict with Russian-backed rebels — with billions of dollars of financing to allow its stricken economy to stay afloat.

“In Ukraine and abroad, she has a good reputation among technocrats and reformers,” Tymofiy Mylovanov, an associate professor at the University of Pittsburgh, told AFP.

Mylovanov, who is also honorary president at the Kyiv School of Economics, said Danylyuk’s sacking could be seen as “a bad sign for relations with creditors, agencies and markets” but added it was more important for the IMF that Ukraine had adopted the legislation for the anti-corruption court.

Ukrainian media reported last week that Danylyuk wrote a letter to the Group of Seven nations, complaining the government was trying to hamper his efforts to push through fiscal and other reforms and accusing officials of “corruption (and) vested interests.”

Addressing lawmakers before the vote, Danylyuk said he had been accused of “defending the interests of international organisations.”

“I am defending the interests of Ukrainians,” he added.

Danylyuk said Wednesday he “had faced colossal pressure over the past year” and accused the authorities of corruption.

“I was given a choice — either leave or become an accomplice,” he said.

Corruption was among top reasons that prompted Ukrainians to take to the streets and oust a Kremlin-backed regime in 2014.