Fole photo. President-elect Volodymyr Zelensky shows an ancient Bulava (historical symbol of the state power) during his inauguration in the Ukrainian parliament in Kiev, Ukraine, 20 May 2019. [Andrii Nesterenko/EPA/EFE]

The announcement comes only a day after Ukraine’s new President Volodymyr Zelenskiy and his Russian counterpart Vladimir Putin clashed over what should be the proper sequence of events under the Minsk agreement during a summit in Paris with France and Germany.

“This is Ukraine at its worst,” tweeted Bildt, the current co-chair of the European Council on Foreign Relations think tank. “Yanukovich put [former Prime Minister Yulia] Tymoshenko in prison on trumped-up charges, and now Zelenskiy seems to be aiming at doing the same. Shame!”, he wrote.

Bildt, who was Sweden’s foreign affairs minister in 2006-2014, is a household name in Ukraine. Many consider him the architect of the EU’s policy in the East, alongside Polish politician Radosław Sikorski (MEP, EPP).

This is Ukraine at its very worst. Yanukovich put Tymoshenko in prison on trumped up charges, and now Zelensky seems to be aiming at doing the same. Shame! https://t.co/VafWadPSpx

Bildt compared the judiciary hunt on Poroshenko with the repression against Tymoshenko, who spent three and a half years in jail during the mandate of Viktor Yanukovich. In the 2010 presidential elections, Tymoshenko lost to Yanukovich by 3%.

I express my deep concern because of Ukraine’s State Bureau of Investigation has opened a criminal case against #PetroPoroshenko, on possible treason, in respect of the Complex of Measures for Implementation of #Minsk Agreements. By all means to avoid politically motivated steps

The investigation against Poroshenko was launched based on a complaint submitted by Andriy Portnov, the former deputy head in the administration of Yanukovych, ousted during the Euromaidan revolution of 2014.

Portnov alleged that Poroshenko, knowing that Donbas separatists in eastern Ukraine were controlled by Russia, has signed commitments on behalf of Ukraine that amount to treason during the marathon negotiations on 11-12 February 2015, which led to the “Package of Measures for the Implementation of the Minsk Agreements.”

Poroshenko’s lawyer has denied the charges.

The leaders of Germany, France, Russia and Ukraine have agreed a deal to end fighting in eastern Ukraine, participants at the summit talks said today (12 February). The 17-hour marathon talks delayed the EU summit which is expected to begin at 3 PM in Brussels.

Portnov spent five years in emigration after the revolution and only returned to Ukraine this year. Upon his return, he submitted a wave of criminal complaints to the SBI that led to the opening of several investigations into Poroshenko.

On 18 November, the SBI announced it suspects Poroshenko of meddling with a judicial competition, the Kyiv Post reported. Until then, the former president was only a witness in 13 ongoing investigations.

Poroshenko currently enjoys immunity. For any prosecution to go ahead, the immunity would have to be lifted by the parliament, in which Zelenskiy’s party commands a strong majority.

The SBI has a mixed reputation. Established in 2016 and modelled after the American FBI, the agency has weathered a number of scandals.

The latest concerns its director, Roman Truba, whose voice supposedly appears on recordings leaked on 19 November, a day after SBI’s announcement of a criminal investigation into Poroshenko.

In the recording, Truba appears to be reporting to Andriy Bohdan, the head of President Zelenskiy’s administration, about an ongoing investigation into Poroshenko.

Donald Tusk, the former European Council President and new EPP chief, said after the first leaks appeared: “My first impression is that this is something really dangerous.” 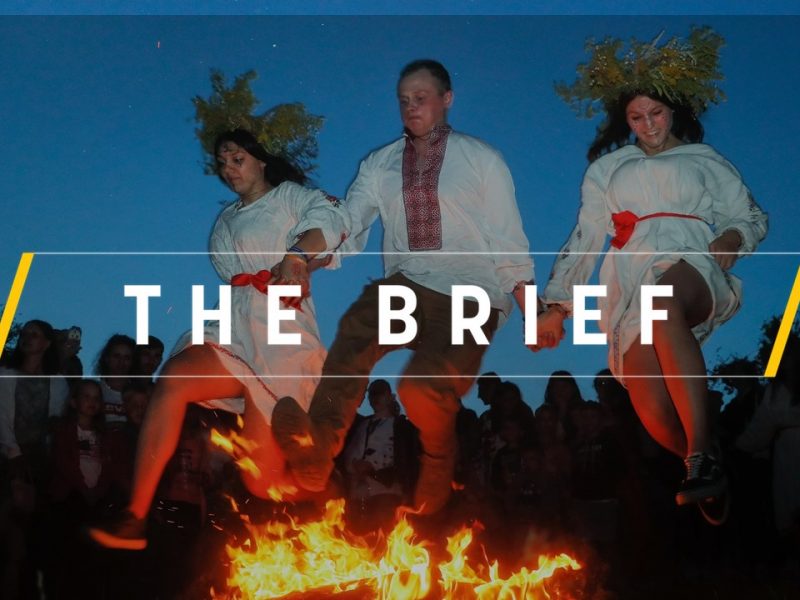 The Brief, powered by BP – The year of living dangerously in Ukraine

Ukraine’s political scene is probably among the world’s most interesting at the moment, not only because of the ongoing attempt to impeach Donald Trump over a telephone conversation with his Ukrainian colleague Volodymyr Zelenskiy.