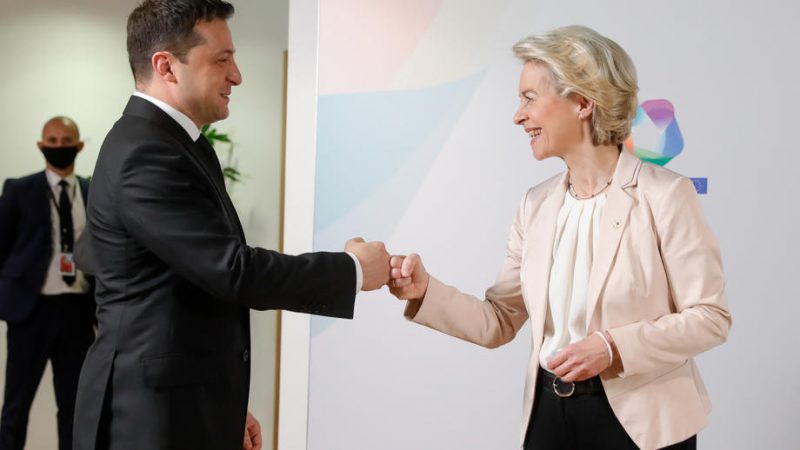 Ukraine has completed a questionnaire which will form a starting point for the European Union to decide on membership for Kyiv, Ihor Zhovkva, deputy head of President Volodymyr Zelenskiy’s office, said.

European Commission President Ursula von der Leyen handed the questionnaire to Zelenskiy during her visit to Kyiv on April 8th, pledging a speedier start to Ukraine’s bid to become a member of the EU following Russia’s invasion of the country.

“Today, I can say that the document has been completed by the Ukrainian side,” Zhovkva told the Ukrainian public broadcaster Sunday (17 April) evening.

He added that the European Commission would need to issue a recommendation on Ukraine’s compliance with the necessary membership criteria.

“We expect the recommendation … to be positive, and then the ball will be on the side of the EU member states.”

Zhovkva added that Ukraine expects to acquire the status of a candidate country for EU accession in June during a scheduled meeting of the European Council meeting.

The European Council is to meet June 23-24th, according to the Council’s schedule on its website.

“Next, we will need to start accession talks. And once we hold those talks, we can already talk about Ukraine’s full membership in the EU,” Zhovkva said.