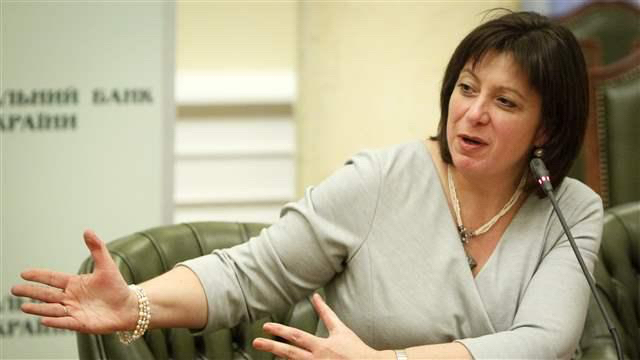 The Ukrainian Finance Ministry kept up pressure on creditors yesterday (29 June) before key restructuring talks, blaming a bondholder group for the deadlock in negotiations.

The bondholder group responding by saying that the ministry’s comments showed an inconsistency in Kyiv’s stance.

The two sides are at odds over the need to write down the face value of the bonds. Talks have been going on for three months, with neither side showing signs of budging.

Ukraine, which is seeking to plug a $15.3 billion funding gap, is meeting bondholders and the International Monetary Fund today in Washington to discuss what it has called its “last chance” offer.

“The Minister once again calls upon the Committee to seek a collaborative solution with the Ukrainian authorities as soon as possible,” the ministry said in a statement.

On Friday, creditors called on Finance Minister Natalia Yaresko to attend Tuesday’s meeting instead of debt envoy Vitaly Lisovenko and called for negotiations to start as soon as possible.

However, the Finance Ministry said the bondholder group, led by Franklin Templeton, had “consistently refused to enter direct negotiations with Ukraine under standard confidentiality terms”.

“Concerns about the impact of receiving confidential information on their trading activities has been used as an excuse not to meet with the Ukrainian representatives, including Minister Yaresko,” it said.

“If the Committee enters into confidentiality agreements, the Minister remains ready to meet with the Committee without preconditions.”

The creditor group rejected the finance ministry’s assessment of their attitude toward negotiations and said it was the Ukrainian side that had been resisting closer talks.

“For weeks, the government position has been that there was no way for the Minister to sign a confidentiality agreement. The committee has always been prepared to be restricted for the negotiations, but is still being blocked by the Minister’s legal team,” a spokesman for the committee said in an emailed statement.

“We find ourselves baffled by the Minister’s public stance relative to the stance taken with the ad hoc committee,” the statement said.

The key sticking point in talks has been Ukraine’s insistence on a writedown on the principal of the bonds. Creditors say Ukraine can make the necessary savings without such a “haircut.”

Ukraine’s representative, Lisovenko, said progress could be made at Tuesday’s talks.

“My personal opinion and sincere belief is that all the parties involved have enough information necessary for making a quick decision,” he told Reuters last week.

The case of Ukraine, sandwiched between the European Union and Russia, is as much geo-political as economic.

Finance Minister Natalia Yaresko wants bondholders to provide $15.3 billion in debt relief over four years. This would be achieved by extending the debt's maturities, cutting the interest it pays, and writing down the principal in a "haircut".

Creditors are preparing for battle, not least Russia, which is locked in conflict with Ukraine and holds $3 billion worth of the bonds.

Russia has not responded to invitations to the talks, arguing its bonds must be classed as sovereign debt that is dealt with at the Paris Club of creditor governments.

But while Russia can block proposals on its own $3 billion holdings, it cannot prevent restructuring of the other bonds, should it want to use this to exert pressure on Ukraine.

Franklin Templeton investor Michael Hasenstab, who has staked 4% of his $70 billion fund on Ukraine, has set up a creditors' group, while another is mobilising around Rothschild. All say they will not accept a haircut.

Sovereign and state-guaranteed bonds maturing in 2015-2018 amount to $14.8 billion in principal and $4.2 billion in interest, including the bonds held by Russia, Deutsche Bank estimates.

Many creditors have therefore suggested that most of the relief that Yaresko wants under the IMF plan could be achieved merely by delaying repayments. Another bailout target, reducing Ukraine's debt to 70% of its annual GDP by 2020 from around 100 percent now, could be reached as a recovering economy grows and the hryvnia currency regains value, they argue.