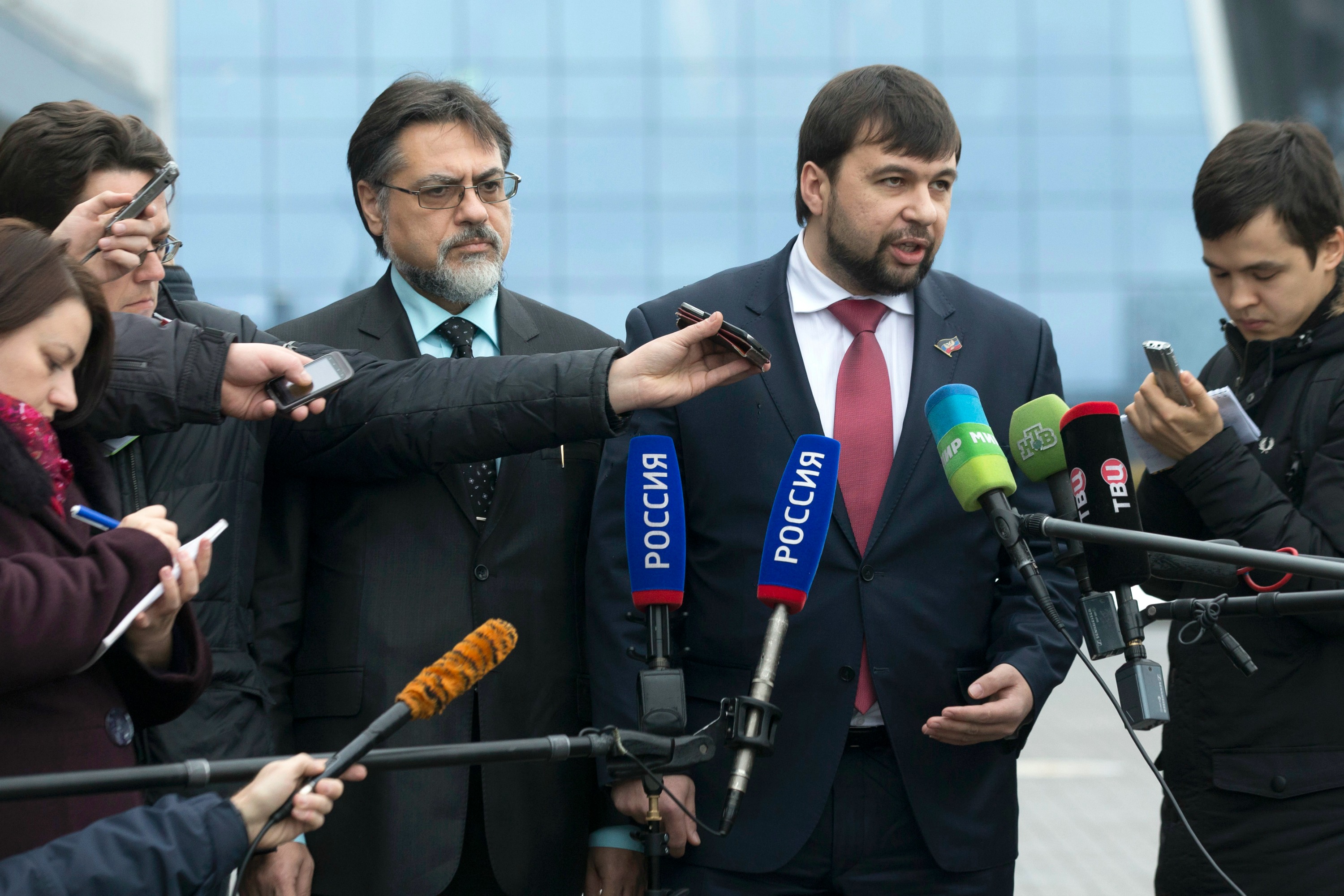 Thirteen government soldiers, and at least as many civilians have been killed in the past 24 hours in eastern Ukraine’s separatist conflict after the collapse of peace talks, Kyiv authorities said.

Hopes of easing the situation evaporated on Saturday with Ukraine’s representative and separatist envoys accusing the other of sabotaging negotiations.

“Fighting continues across all sections of the frontline,” Kyiv military spokesman Volodymyr Polyovy said in a briefing.

The Organization for Security and Cooperation in Europe, which took part in the talks in Minsk, Belarus, along with envoys from Ukraine and Russia, said rebel delegates had not been ready to discuss key points of a peace plan.

“In fact, they were not even prepared to discuss implementation of a ceasefire and withdrawal of heavy weapons,” the OSCE said in a statement.

It said rebels had instead pushed for a revision of a ceasefire plan agreed in Minsk last September.

The terms of that 12-point protocol have been repeatedly violated but Kyiv and foreign governments see it as the only viable roadmap to end the nine-month-long conflict in which more than 5,000 people have been killed.

In eastern Ukraine, the Kyiv military reported no let-up in rebel attacks on government positions.

Clashes are intense around the town of Debaltseve, Polyyovy said, referring to a Kyiv-held transport hub connecting the two main rebel strongholds that separatists aim to cut off.

“There is no question of encirclement or cutting off of the main communication lines. The situation is under control,” he said.

The rebel advance has succeeded in seizing part of nearby Vuhlehirsk from Kyiv troops, Polyovy said. On Sunday, the town was being pounded by near-constant shelling, a Reuters witness reported.

Residents are being encouraged to abandon the areas of fiercest fighting, where many have been living in makeshift bomb shelters, waiting for breaks in the bombardment to make quick trips for food and water.

In Kyiv-controlled Slaviansk, refugees arrived in buses from Debaltseve and other frontline towns.

Pensioner Vyacheslav Gurov said half of his town of Avdiivka had been completely destroyed.

“We don’t even know who’s shooting. Both the rebels and the national guard are at it … there’s no water, no electricity, no heating, nothing,” he said.

In the rebel stronghold of Donetsk, the regional administration reported the deaths of at least three civilians in shelling on Sunday, describing the situation as “extremely tense.”

A Reuters witness saw the body of a young man stretched out on a street in the city centre, killed when a shell struck a wall nearby. Nadezhda Petrovna, 68, a neighbour, said the man was trying to run away from the attack when a shell landed in front of him.

“It is like this every day, people are getting killed, we are sleeping fully dressed so we can run into the cellar, this is becoming unbearable,” she said.

Following the collapse of Saturday’s talks, there was no word on when renewed negotiations might take place.