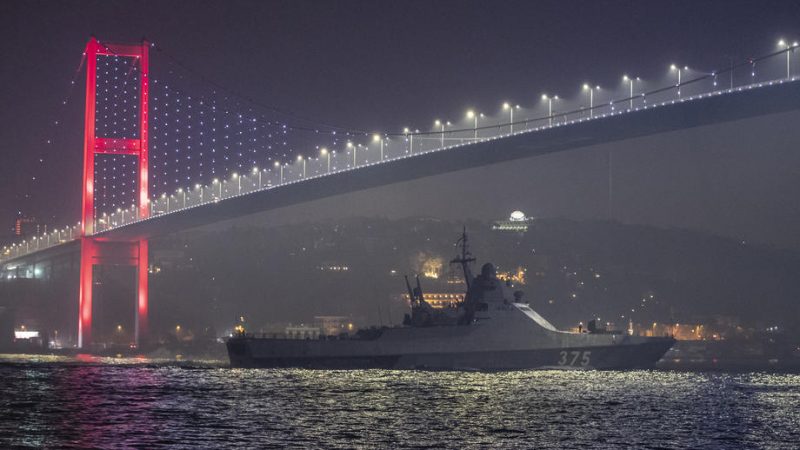 With peace talks between Russia and Ukraine set to take place in Turkey this week, Ukrainian President Volodymyr Zelenskyy insisted on the territorial integrity of his country after earlier suggesting he was ready for a compromise.

Zelenskyy said in his video address to the Ukrainian people late on Sunday (27 March) that in talks due to take place in Istanbul his government would prioritise the “territorial integrity” of Ukraine.

“There is an opportunity and a need for a face-to-face meeting already in Turkey.. Our priorities in the negotiations are known. Ukraine's sovereignty and territorial integrity are beyond doubt. Effective security guarantees for our state are mandatory”.@ZelenskyyUa #UkraineWar pic.twitter.com/HwGzy6uO6m

But in comments made to Russian journalists earlier in the day Zelenskyy adopted a different tone, saying Ukraine was willing to assume neutral status and compromise over the status of the eastern Donbas region as part of a peace deal.

In the video call that the Kremlin pre-emptively warned Russian media not to report, Zelenskyy said any agreement must be guaranteed by third parties and put to a referendum.

“Security guarantees and neutrality, non-nuclear status of our state. We are ready to go for it,” he added, speaking in Russian.

“In fact, it is an attempt to create North and South Korea in Ukraine,” he said, referring to the division of Korea after World War Two. Zelenskyy has urged the West to give Ukraine tanks, planes and missiles to help fend off Russian forces.

In a call with Putin on Sunday, Turkish President Recep Tayyip Erdoğan agreed to host the talks and called for a ceasefire and better humanitarian conditions, his office said. Ukrainian and Russian negotiators confirmed that in-person talks would take place.

Top American officials sought on Sunday to clarify that the United States does not have a policy of regime change in Russia, after President Joe Biden said at the end of a speech in Poland on Saturday that Putin “cannot remain in power”. 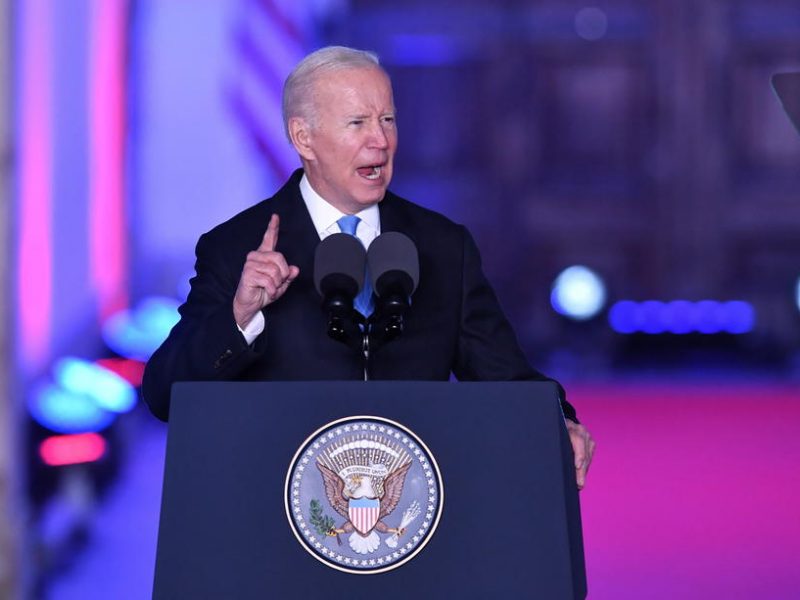 Rockets struck the western Ukrainian city of Lviv, signalling a potential new front in Moscow’s invasion as US President Joe Biden decried Russian President Vladimir Putin’s grip on power and sought to steel Europe for a long fight ahead.

US Secretary of State Antony Blinken said Biden had simply meant Putin could not be “empowered to wage war” against Ukraine or anywhere else.

After more than four weeks of conflict, Russia has failed to seize any major Ukrainian city and signalled on Friday it was scaling back its ambitions to focus on securing the Donbas region, where Russian-backed separatists have been fighting the Ukrainian army for the past eight years.

A local leader in the self-proclaimed Luhansk People’s Republic said on Sunday the region could soon hold a referendum on joining Russia, just as happened in Crimea after Russia seized the Ukrainian peninsula in 2014.

Crimeans voted overwhelmingly to break with Ukraine and join Russia – a vote that much of the world refused to recognise.

“Then there will be one relevant scenario left for the Russians, how to survive,” he said.

“All fake referendums in the temporarily occupied territories are null and void and will have no legal validity,” Oleg Nikolenko told Reuters.

Moscow says the goals for what Putin calls a “special military operation” include demilitarising and “denazifying” its neighbour. Ukraine and its Western allies call this a pretext for unprovoked invasion.

Ukraine has described previous negotiations, some of which have taken place in Russian ally Belarus, as “very difficult”.

Tatyana Manyek, who crossed the Danube by ferry into Romania on Sunday with other refugees, said people in her home city of Odesa were “very afraid” but she would have stayed were it not for her daughter.

“It would be very difficult to provide the child with basic living conditions. That’s why we decided to leave,” she said, clutching a pet dog.

In his Sunday blessing, Pope Francis called for an end to the “cruel and senseless” conflict.

Russia has continued to move additional military units to the Ukraine border and is launching missile and air strikes on Ukrainian forces and military infrastructure, including in the city of Kharkiv, the Ukrainian military said on Sunday night.

Ukraine also raised concerns about the safety of the Russian-occupied defunct nuclear power plant at Chernobyl, the site of the world’s worst civil nuclear accident in 1986.

⚡️ Over 10,000 hectares of forests on fire in Chornobyl Exclusion Zone due to war.

It is nearly impossible to put out fires as Chornobyl is occupied by Russia, she added.

Russian forces have created a risk of damaging the containment vessel constructed around the station’s wrecked fourth reactor, said Ukrainian Deputy Prime Minister Iryna Vereshchuk. She urged the United Nations to dispatch a mission to assess the risks.

Ukrainian Interior Ministry adviser Vadym Denysenko said Russia had started destroying Ukrainian fuel and food storage centres. Appearing to confirm that, Russia said its missiles had wrecked a fuel deposit on Saturday as well as a military repair plant near the western city of Lviv.

The United Nations has confirmed 1,119 civilian deaths and 1,790 injuries across Ukraine but says the real toll is likely to be higher. Ukraine said on Sunday 139 children had been killed and more than 205 wounded so far in the conflict.

Vereshchuk said 1,100 people were evacuated from frontline areas, including the southern city of Mariupol, after Ukraine and Russia agreed to set up two “humanitarian corridors.”

Russians forcefully deported around 20,000-30,000 Ukrainians from #Mariupol to Russia or occupied territories in Ukraine. In occupied Donetsk, locals reported seeing many children without parents. If they don’t have family in Donetsk, Russians allegedly take them to Taganrog

The encircled port, located between Crimea and eastern areas held by Russian-backed separatists, has been devastated by weeks of heavy bombardment. Thousands of residents are sheltering in basements with scarce water, food, medicine or power.

I’ve been trying to avoid posting images of the destruction in Ukraine but this obliteration of Mariupol by the Russian troops needs to be out there. 90% of the city is gone. Duda said it looks like Warsaw in 1944 and it does. pic.twitter.com/G1tRZzhMF0