Ukraine’s President Volodymyr Zelenskiy rejected on Friday evening (17 January) the prime minister’s resignation letter and told him to stay on and tackle the unpopular issue of high salaries of some public officials and multimillion-dollar bonuses paid to executives at the state gas company.

Earlier that day, Oleksiy Honcharuk handed in his letter of resignation after audio tapes leaked on Wednesday (15 January) suggested he had criticised the president’s understanding of the economy as “primitive.” 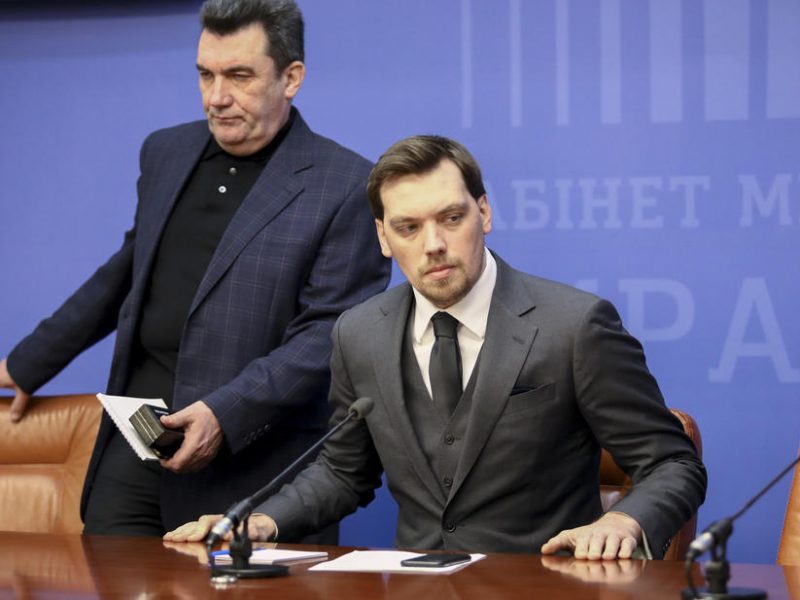 The new political season in Ukraine kicked off with audio tapes leaked on Wednesday (15 January), suggesting that the prime minister, finance minister and deputy central bank governor had criticised President Volodymyr Zelenskiy’s incompetence in the fields of economy and finance.

“I have decided to give you and your government a chance if you resolve some things that are very important today and are of concern to our society,” Zelenskiy told the prime minister. “Now is not the right time to destabilise the country economically and politically.”

Besides adjusting salaries and decreasing executive bonuses, the president also asked  Honcharuk “to find weaknesses and to replace the heads of ministries” according to their track record.

The Ukrainian press reported that the state company Naftogaz bosses had received multi-million bonuses, including 1% from the $2.9-billion settlement with Russia under a Stockholm court arbitration.

“Among other things, this is a threat to national security,” Honcharuk told Ukrainian media.

Referring to the leaked recording, in which a man is heard discussing Zelenskiy’s purported lack of knowledge of economy, Honcharuk called it “a crime”.  President Zelenskiy has ordered an investigation into the leak.

Honcharuk said earlier the recording had been doctored and was made up of different fragments of what had been said at government meetings.