Ukraine ‘ready to pay the price’ for trade pact with EU 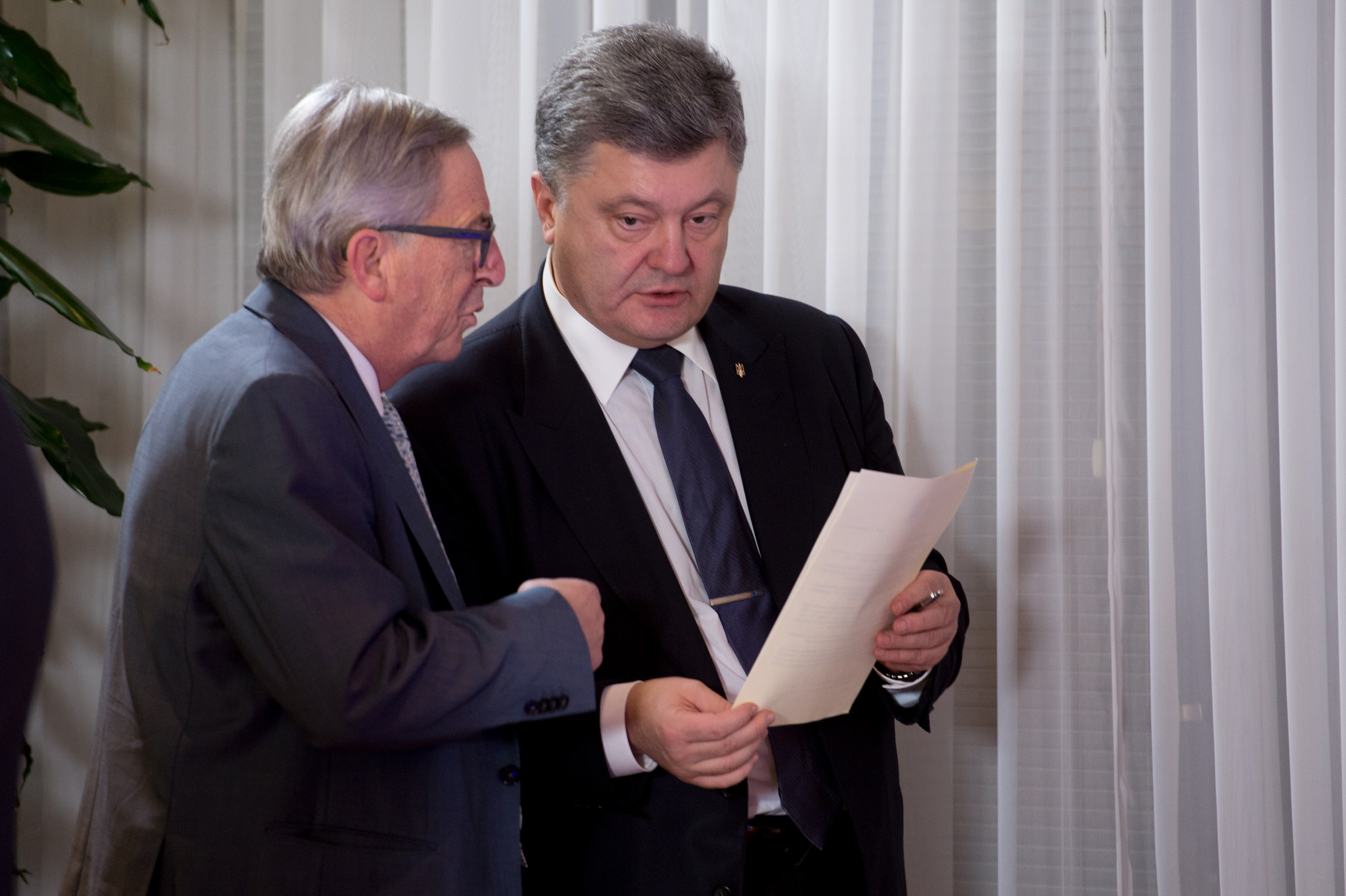 Ukraine is “ready to pay the price” for a trade deal with the European Union, President Petro Poroshenko said on Wednesday (16 December), after Moscow moved to restrict its own trade ties with Kyiv over the accord that is due to take effect on 1 January.

The EU and Ukraine signed a Deep and Comprehensive Free Trade Agreement (DCFTA) on 27 June 2014 as part of a broader Association Agreement (see background).

Controversy over the EU-Ukraine trade deal was the initial trigger of unrest in Kyiv that culminated in the ousting of a Moscow-allied president in 2014. Russia then annexed Crimea and backed a separatist revolt in eastern Ukraine in moves that led to Moscow’s worst standoff with the West in decades.

As Poroshenko arrived in Brussels, Russian President Vladimir Putin ordered his government to suspend a free trade zone with Ukraine from 1 January, making good on Moscow’s threats to retaliate if Kyiv presses ahead with closer EU ties.

“Ukraine is aware of these restrictions and the expected damage to the Ukrainian economy. But we are ready to pay this price for our freedom and our European choice,” Poroshenko said in Brussels.

Russia has staunchly opposed the EU-Ukraine free trade pact, saying it could lead to a flood of European imports across its own borders and damage the competitiveness of Russian exports to Ukraine.

Putin’s decision to suspend a 2011 free trade deal with Ukraine was set out in a decree which cited “extraordinary circumstances affecting the interests and economic security” of Russia. It made no mention of how long the free trade regime would be suspended.

Poroshenko, speaking alongside European Council President Donald Tusk and European Commission President Jean-Claude Juncker, said the trade accord with the EU would be implemented in full as planned on 1 January and would not be delayed.

Juncker said a meeting planned on Monday (21 December) in Brussels between the Commission’s trade team and Ukrainian and Russian ministers on the trade agreement would still go ahead and was the “last chance” to overcome Moscow’s opposition to the accord.

The 28-nation EU is also due to extend economic sanctions against Moscow this week over the unrest in east Ukraine, where it blames Russia for driving the rebellion and where more than 9,000 people have been killed in fighting.

But, as some EU member states are seeking to reengage with Russia to tackle the crisis in Syria and the related threat of terrorist attacks, Poroshenko was received in Brussels by Tusk and Juncker rather than by all 28 national leaders.

The three men will also discuss easing visa restrictions for Ukrainians travelling to the EU.

Tusk, a former Polish prime minister, said he hoped they could resolve outstanding issues regarding the visa regime on Wednesday. Poroshenko said he wanted to see the new rules come into effect next year.

Commission President Jean-Claude Juncker said that together with the Ukrainian authorities, his services had engaged in trilateral talks with Russia to address concerns that have arisen in the context of the implementation of the DCFTA.

“Solid progress has been made but not all differences have been solved yet. The three parties have already met more than 20 times, both at technical and political level. The ministerial meeting scheduled to take place here in Brussels on the 21st December is the last chance, the last chance, to find a common understanding. All parties should come to the table in the spirit of finding mutually acceptable solutions within the given constraints: the Deep and Comprehensive Free Trade Area will enter into force on 1 January next year and cannot be amended - neither directly nor indirectly. The Commission remains fully engaged in the talks and will play its role,” Juncker stated.

The EU and Ukraine signed a Deep and Comprehensive Free Trade Agreement (DCFTA) on 27 June 2014 as part of a broader Association Agreement. [Read more]

The European Union will begin implementing the Deep and Comprehensive Free Trade Agreement (DCFTA) with Ukraine in 2016, despite Russian pressure for another delay.

The deal is at the heart of tensions that have grown out of a tug-of-war over influence in Kyiv to sanctions, the annexation of Crimea by Russia, armed conflict in eastern Ukraine, and concern in the West about a new Cold War.

According to the political declaration accompanying the Minsk agreement, the leaders of France, Germany, Russia and Ukraine support trilateral talks between the EU, Ukraine and Russia in order to achieve practical solutions to concerns raised by Moscow, concerning the implementation of the Deep and Comprehensive Free Trade Agreement between Ukraine and the EU.

The EU has been active and open to discuss potential Russian concerns, already the issue on the basis of the flexibility offered by the DCFTA. But the Commission said there was no possibility for renegotiating the agreement, as a large number of member states have already ratified it, or are in the process of ratification.