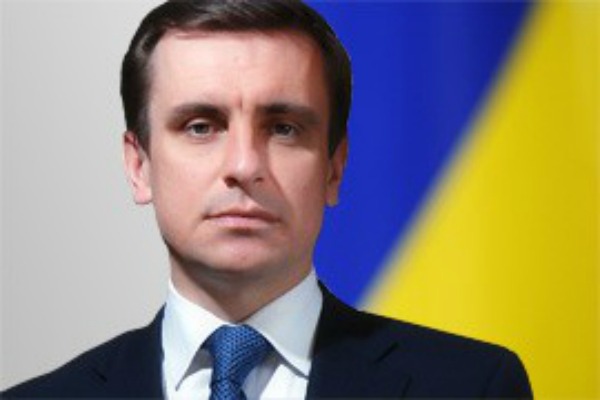 The signature of the Association Agreement (AA) will bolster Ukraine's strength in the face of Moscow, which is putting greater pressure on Kyiv’s new authorities, the Ukrainian ambassador to the EU Kostiantyn Yelisieiev told EURACTIV, just before meeting high EU officials to pass on the same message.

An association agreement between the EU and Ukraine was initialled in March 2012 and a Deep and Comprehensive Free Trade Agreement (DCFTA) was also agreed. The EU had ambitions to sign those deals at the 28-29 November Vilnius summit on the Eastern Partnership, but its plans were derailed by the then president of the country, Viktor Yanukovich.

Yelisieiev, who is known to be a genuinely pro-European Ukrainian diplomat, said that the speedy signature of the AA was needed for five reasons.

First, he said, it would respond to the major demand of the Euromaidan protesters, who started their action on 21 November 2013, when the former government of Mikolay Azarov announced it had suspended its bid to sign the landmark agreement with the EU, and that it would seek to develop relations with Russia instead (see background).

Second, the diplomat explained, a signed deal with the EU would strengthen the position of the new authorities in Kyiv towards Moscow. Russian President Vladimir Putin has reportedly ordered surprise military training in its central and western regions, the latter of which borders Ukraine. The Defence Ministry said on Thursday that it had put warplanes situated along its western borders on combat alert.

Thirdly, the speedy signature of the AA would eliminate the risk of the issue becoming a factor in the presidential campaign, Yelisieiev said. Early presidential elections are due on 25 May.

Fourthly, he explained, the signature of AA would serve as a basis for reforms, in view of the expected international effort to help the country avoid bankruptcy. According to various sources, an international donors’ conference is expected to be convened very soon to address Ukraine’s needs.

And last but not least, Yelisieiev noted that the signature of the AA would confirm Ukraine’s territorial integrity. Reportedly, in Crimea, a peninsula which is part of Ukraine, pro-Russian armed forces have seized the regional government and parliament buildings and hoisted Russian flags.

Asked if he expected the AA to be accompanied by a political declaration, which could spell out the “European perspective” of Ukraine, which is a non-committal jargon term to say that the country is seen by the EU as a future member of the Union, Yelisieiev confirmed that this was the expectation of his authorities.

The diplomat also stressed that previous EU assurances stressing the door was open for Ukraine to sign the AA when Kyiv was ready to do so had a simple answer: Ukraine is now ready, he said. Among the previous pre-conditions was the liberation of Yulia Tymoshenko from jail, which materialised last Saturday, as well as commitment to reform the judiciary, which is one of the biggest priorities for the new government.

Yelisieiev said that the best moment to sign the AA would be the spring EU summit on 20-21 March. According to the Ukrainian constitution, the AA could be signed either by the president, by the prime minister, or by a mandated minister, he explained.

“That’s why I think that any formulation like let’s wait until the 25 May elections would be unfounded,” the diplomat said.

Asked if there was a technical obstacle for Brussels to sign the agreement with the present caretaker government, Commission spokesperson Olivier Bailly said that the new government was not yet sworn in, and the EU would “look at the options” regarding the AA once this had happened.

It is unclear whether some of the larger EU countries like Germany favour the speedy signing of the AA. They may fear that such a move would further antagonise Russia.

Yelisieiev has always expressed doubts about whether the freeing of Tymoshenko is indeed a stumbling block for signing the AA. “I fear that if this obstacle is removed some countries will find another one”, the Ukrainian diplomat has repeatedly said.