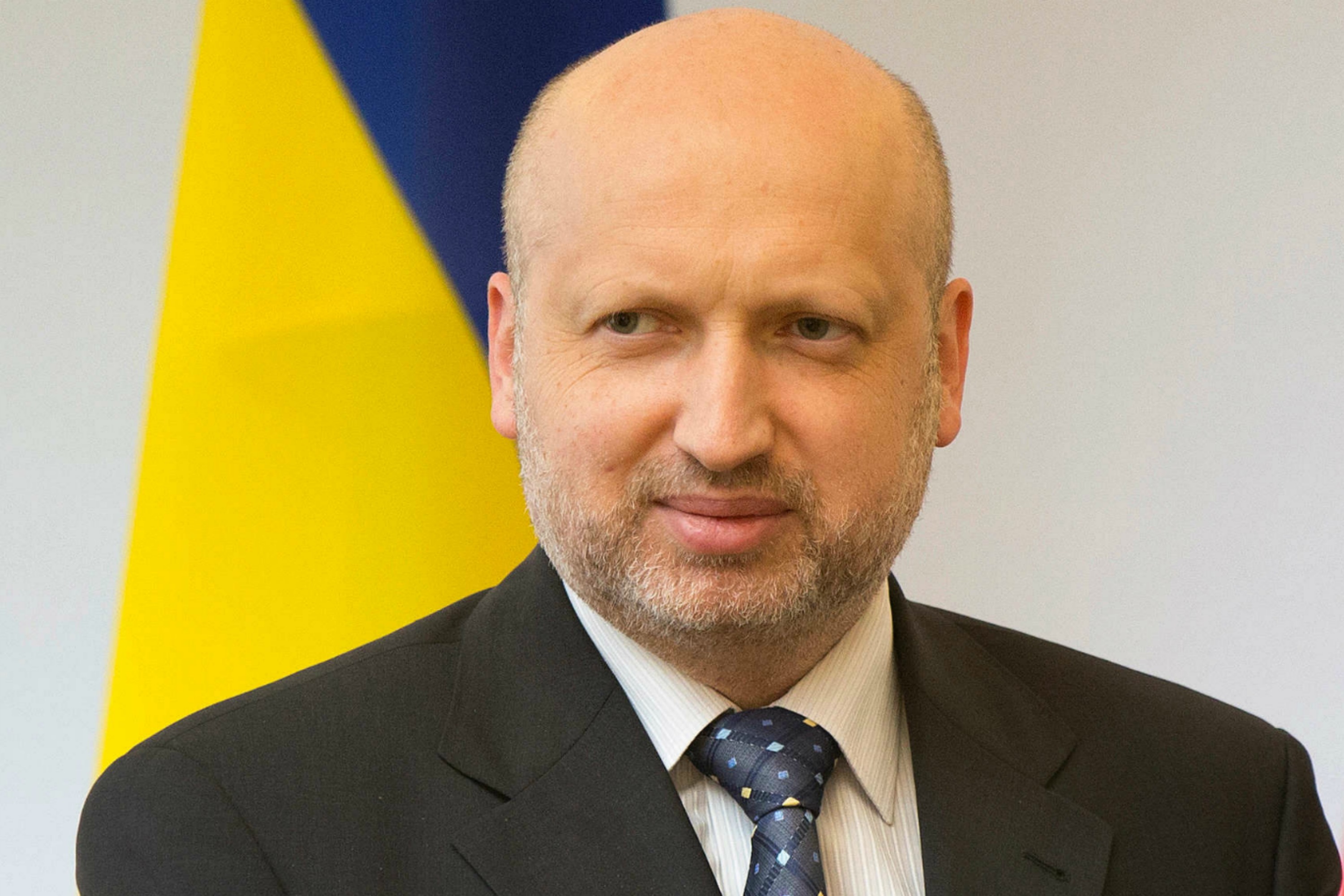 Ukrainian forces launched a “special operation” yesterday (15 April) against separatist militias in the Russian-speaking east, authorities said, although aside from a landing by airborne troops, the action was limited.

Soldiers disembarked from two helicopters at an airfield at Kramatorsk, where reporters earlier heard gunfire that seemed to prevent an air force plane from landing. The troops withdrew into barracks after local civilians manning a barricade gave them a hostile reception when they tried to leave the compound.

In Kyiv, acting President Oleksander Turchinov declared a much-needed victory over pro-Russian rebels by saying the air base had been “liberated.” But there was no sign of militants.

A senior Ukrainian officer told the unarmed crowd that he had come to direct the “anti-terrorist operation” that Turchinov announced earlier in the day, after more than a week of missed deadlines set by Kyiv for armed pro-Moscow activists to end occupations of public buildings in some 10 places in the region.

But after a scuffle with protestors, who chanted against the new Ukrainian authorities, some holding Russian flags, the troops pulled back at dusk.

Ukraine’s state security service said an “anti-terrorist” operation was also in progress against separatists in the nearby town of Slaviansk, but there was no immediate evidence of action.

Nonetheless, Kyiv’s stated resolve to challenge militants it says are orchestrated by the Kremlin, marked an escalation of the deepest East-West crisis since the Cold War.

Russian President Vladimir Putin, who is seen by Western diplomats as intent on reasserting Moscow’s influence across what was the Soviet Union and beyond, spoke by phone with German Chancellor Angela Merkel, according to Russia’s Itar-Tass news agency, saying, “The sharp escalation of the conflict puts the country, in essence, on the verge of a civil war.”

The standoff has raised fears in the West and in Kyiv that Russia might intervene militarily to “protect” Russian speakers in eastern Ukraine, following its annexation of the Crimean region last month in response to the overthrow of Moscow-backed president Viktor Yanukovich following months of protests.

The Russian foreign ministry said it was “deeply concerned” by what it said were reports of casualties in eastern Ukraine, though it was unclear where any such incidents had taken place.

A spokesman for US President Barack Obama said Ukraine’s government was obliged to respond to “provocations” in the east but Washington was not considering sending arms to Kyiv.

It was “seriously considering” adding to sanctions imposed after the annexation of Crimea, the White House said, although the State Department said such action was unlikely before a meeting in Geneva on Thursday at which US, EU and Ukrainian officials will try to persuade Russia to defuse the situation.

The reports of military action in eastern Ukraine caused Russian shares to fall sharply, with the main Moscow indices down about three percent.

Russian Prime Minister Dmitry Medvedev gave a gloomy assessment, apparently referring to the deaths of at least two people on Sunday when Kyiv unsuccessfully tried to regain control in Slaviansk, 150 km (90 miles) from the Russian border.

“Blood has once again been spilt in Ukraine. The country is on the brink of civil war,” he said on his Facebook page.

Putin told UN Secretary General Ban Ki-moon that Ukrainian actions in the east were “anti-constitutional.” A Kremlin statement quoted him as saying he expected the UN and world powers to issue a “clear condemnation” of Kyiv.

Turchinov said an offensive he first announced on Sunday was now in progress, following days in which it failed to materialise.

“The anti-terrorist operation began during the night in the north of Donetsk region. But it will take place in stages, responsibly, in a considered way,” he told parliament. “I stress again: The aim of these operations is to defend the citizens of Ukraine.”

At least 15 armoured personnel carriers displaying Ukrainian flags were parked by the side of a road around 50 km north of Slaviansk, witnesses said.

Ukrainian troops wearing camouflage gear and armed with automatic weapons and grenade launchers were stationed nearby, with a helicopter and several buses containing interior ministry personnel near the road.

In Slaviansk itself, separatists have seized the local headquarters of the police and state security service.

Outside the police station, about a dozen civilians manned barricades built with tires and wooden crates. A dozen or so armed Cossacks – paramilitary fighters who claim descent from Tsarist-era patrolmen – stood guard at the mayor’s offices. Shops were functioning as usual and bread supplies were normal.

In Kyiv, a radical, pro-Russian candidate running for Ukrainian presidential elections due next month was beaten up by an angry crowd.

Moscow accuses Kyiv of provoking the crisis by ignoring the rights of citizens who use Russian as their first language, and has promised to protect them from attack. Russia also stresses the presence of far-right nationalists among Kyiv’s new rulers.

However, a United Nations report on Tuesday cast doubt on whether Russian-speakers were seriously threatened, including those in Crimea who voted to join Russia after Moscow forces had already seized control of the Black Sea peninsula.

“Although there were some attacks against the ethnic Russian community, these were neither systematic nor widespread,” said the report by the UN human rights office.

NATO Secretary-General Anders Fogh Rasmussen accused Moscow of involvement in the rebellions. “It is very clear that Russia’s hand is deeply engaged in this,” he told reporters.

Russian Foreign Minister Sergei Lavrov denied that Moscow was stirring up the separatists in the east and southeast, as a possible prelude to repeating its annexation of Crimea. “Ukraine is spreading lies that Russia is behind the actions in the southeast,” Lavrov said on a visit to China.

Moscow has demanded constitutional change in Ukraine to give more powers to Russian-speaking areas, where most of the country’s heavy industry lies, while the rebels have demanded Crimean-style referendums on secession in their regions.

Kyiv opposes anything that might lead to the dismemberment of the country. But in an attempt to undercut the rebels’ demands, Turchinov has held out the prospect of a nationwide referendum on the future shape of the Ukrainian state.