The summit, originally envisaged for September, would aim to resolve the five-year-long conflict pitting Kyiv’s forces against Russian-backed separatists in the Donbass region of eastern Ukraine.

More than 14,000 people have been killed since the conflict erupted in April 2014, shortly after Moscow annexed Ukraine’s Crimea peninsula. Intermittent clashes continue despite a notional ceasefire and diplomatic peace efforts. 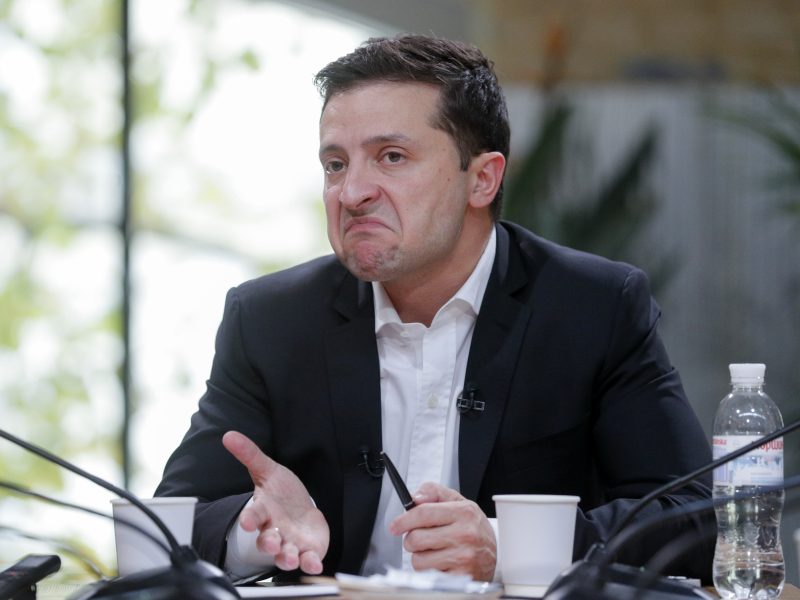 Ukrainian President Volodymyr Zelenskiy on Thursday accused Russia of delaying a summit aimed at resolving the conflict between Kyiv and pro-Russian separatists in Ukraine’s east, but Moscow said Kiev needed to pull back its troops first.

Speaking before addressing EU foreign ministers in Luxembourg, Ukraine’s Foreign Minister Vadym Prystaiko told journalists the summit would have to follow a seven-day ceasefire and the withdrawal of light weapons from the east.

“I’m still hopeful, otherwise we wouldn’t even be trying,” Prystaiko said. “We have some dates … we are aiming for the middle of next month, somewhere around mid-November.”

“We’ve told everyone openly that we are making maybe the last honest attempt to follow the Minsk path,” he said, referring to the original 2014-2015 peace deal signed in the Belarusian capital.

“If it doesn’t work, we will have to look to some plan B,” Prystaiko added, although he declined to say what that might be.

He said there had been no progress on a limited U.N. peacekeeping mission to eastern Ukraine suggested by Russian President Vladimir Putin, although it remained an option.

“It’s a way to create stability if hostilities cease, because we are talking about peacekeeping, not peace-creating,” he said.

In a breakthrough, Ukrainian, Russian and separatist negotiators agreed last month that Kyiv would grant the territory controlled by the separatists a special status and hold local elections there.

Under the agreement, separatist fighters and Ukrainian troops would also pull back from the line of contact.

But the pullback, originally scheduled for 7 October, has not happened yet because Ukraine has accused the separatists of shelling its positions and said it would only withdraw after a straight week of full ceasefire observance.

Prystaiko stressed that the breakthrough with negotiators focused on local polls, not parliamentary elections, and there was no plan to create a federal Ukrainian state. The country of 42 million has borders both with Russia and countries in the European Union and NATO such as Poland and Romania.

Many in Ukraine, whose constitution now commits it to seeking EU and NATO membership, fear Russia could acquire a veto over Ukrainian decision-making if separatist politicians in the east were given a voice in the parliament in Kyiv.

Moscow is fiercely opposed to Ukraine joining the Western clubs.

“We had one autonomous region, and that was Crimea, and it is very well known what happened there,” Prystaiko said, referring to Moscow’ 2014 seizure of the peninsula following the ouster of a pro-Kremlin president in Kyiv amid mass street protests.