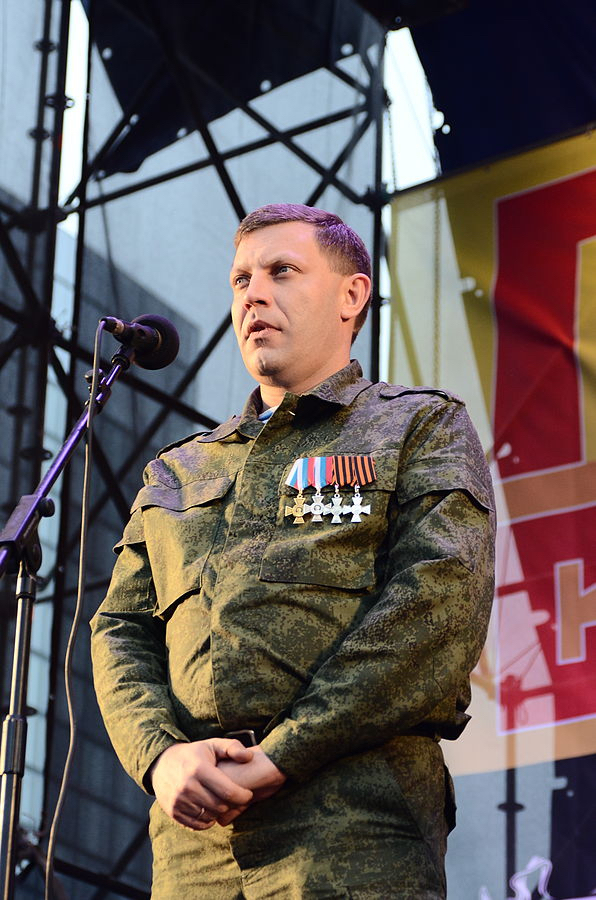 Ukrainian pro-Russian separatist leader Alexander Zakharchenko accused the Kyiv government of “totally ignoring” the terms of a peace deal and warned in an interview with AFP that fighting might resume.

The warning came as international monitors overseeing a fragile February truce — which is largely holding despite isolated clashes — reported “an increase in the number of ceasefire violations in the Donetsk region” where Zakharchenko’s forces are in control.

OSCE monitors cited mortar explosions, tank and heavy artillery fire, and even 122mm Grad multiple rocket launchers supposed to be withdrawn from the frontline under the terms of a peace deal, including a ceasefire, agreed in the Belarussian capital Minsk to end a war that has claimed over 6,000 lives.

Zakharchenko, who heads the breakaway Donetsk People’s Republic (DNR), implied that the rebel region might return to hostilities to retake control of several cities lost to the government side in an offensive waged by the regular army last year, notably the key cities of Mariupol and Slavyansk.

>>Read: Four-way talks on Ukraine to be held in Berlin Monday

“The problem is that we must recover territories that were temporarily occupied, preferably by peaceful means,” he said in an interview Wednesday.

He said he believes the Minsk accords provide for their automatic return to the DNR.

“The fundamental disagreement we have with Kyiv is that we understand there must be a constitutional reform in Ukraine leading to the return, to us, of temporarily occupied territories,” he said.

“After that, we would be autonomous and entertain ties with Ukraine as we see fit. I understand that in Kyiv their interpretation of these agreements is totally different to ours.”

The 38-year-old dressed in military fatigues was sworn in as head of the self-declared Donetsk People’s Republic in November after claiming a crushing victory at separatist polls recognised only by Moscow.

His office is decorated with a picture of President Vladimir Putin and Orthodox icons, and when his cellphone rings it plays the Soviet anthem.

He sees the Minsk agreements, which include military and political chapters, as “having recognised the independence of the DNR as a state” although the text merely refers to a “decentralisation” of the rebel regions of Donetsk and Lugansk following a reform of the Ukrainian constitution due to be finalised by year’s end.

Regarding a provision in the Minsk accord that Ukraine recover control of all of its border with Russia “in the entire conflict zone”, Zakharchenko said he has a different interpretation.

“Why should Ukraine control the border? Our border guards will control it, in line with the Minsk accords”, he said. The rebels currently hold a 400-kilometre (250-mile) stretch of the long frontier.

And he categorically denied that Russia was providing manpower and equipment to the separatists, as claimed by both the Kyiv authorities and the West.

There were Russian volunteer combattants, he said, “including former servicemen or soldiers who resigned so they could come and fight” by his side.

“The USSR was a great country and it’s a huge error to have allowed the CIA and other secret services to destroy it. Europe and other nations deeply feared it,” said Zakharchenko, who like many pro-Russians in eastern Europe remain nostalgic for the old Soviet era.