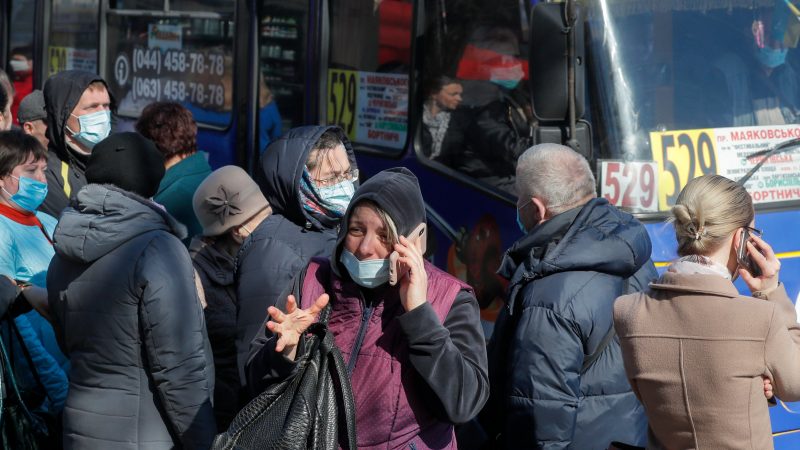 Were officials really planning to run an antiseptic solution through the city’s taps instead of water?

The calls were sparked by a message on social media claiming that: “Today, from 11pm until the morning, antiseptic will be distributed” in the water system.

The antiseptic supposedly included several different whiskies — a brand for each district.

Since the beginning of the coronavirus outbreak, false news stories have spiked in Ukraine, fuelled by mistrust of authorities and of Russia, which Kyiv says wants to sow instability.

“Before the pandemic, we received seven or eight requests each day to verify information,” said Alyona Romanyuk, the founder of a platform that debunks false stories online. “Now there are around 100.”

Among them, the Ukrainian security services denied rumours that authorities planned to douse the capital with disinfectant by helicopter.

Another claimed that medical services for pregnant women and cancer patients were disrupted due to COVID-19.

“False information spreads much faster than the virus,” he said on television last week.

According to official statistics, Ukraine has confirmed 156 cases of the virus and five deaths.

Yet some Ukrainians worry the government tally is far lower than the real number due to a lack of testing. Rampant corruption has left many people suspicious of official statements too.

Disinformation usually begins with a post on Facebook which is then shared over Telegram or Viber, two online messengers popular in Ukraine.

But the effects can be felt offline too. In February, 72 people were evacuated from the Chinese city of Wuhan, the centre of the coronavirus pandemic, and quarantined in Novi Sanzhary, a small town in central Ukraine.

Social media messages claimed the evacuees were infected and local residents clashed with police escorting those brought from China to the medical centre.

A report this week by the European External Action Service, which cited the incident, accused Kremlin-run media of spreading misinformation about the coronavirus.

In a time that calls for international cooperation to fight a common threat, Kremlin mouthpiece Sputnik chooses to spread disinformation about COVID-19. https://t.co/uUGrR9zV6L

Moscow has rejected the accusations. 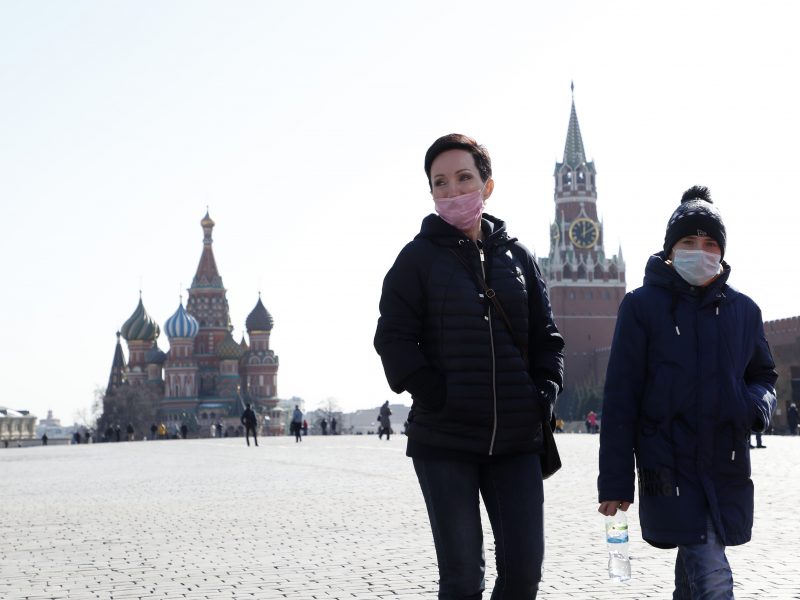 Yet Ukraine says it has become a regular target of Russian misinformation since 2014, when Moscow annexed the Crimean peninsula and threw its weight behind separatists in eastern Ukraine, a conflict that has claimed more than 13,000 lives.

From a variety of different genres of misinformation, Romanyuk the analyst singled out one designed to “spread panic.”

“And there you can clearly see the hand of Russia,” she said.

Without citing Russia, Ukraine’s security services said last month they had detected emails sent from abroad with the forged signature of the health ministry that spread false information on the coronavirus.

On Tuesday (24 March), the Ukrainian “cyber police” announced they had deleted dozens of fake coronavirus-related messages on social media.

In a separate case, the security services arrested in the city of Dnipro “an agitator” who they said was ordered by Russia to distribute false information.

The health ministry, which recently has boosted its visibility on Telegram and Viber, said Wednesday it had reached an agreement with Google to prioritise official sources in search results.

Several activists have started YouTube and Facebook accounts to broadcast reliable data and Romanyuk has decided to launch a platform dedicated to debunking coronavirus misinformation.

New research by @DisinfoIndex shows that disinformation sites in Europe earn $76 million per year from advertising. Google is responsible for the majority of those ad placements & revenue. https://t.co/tdULBN8jaR