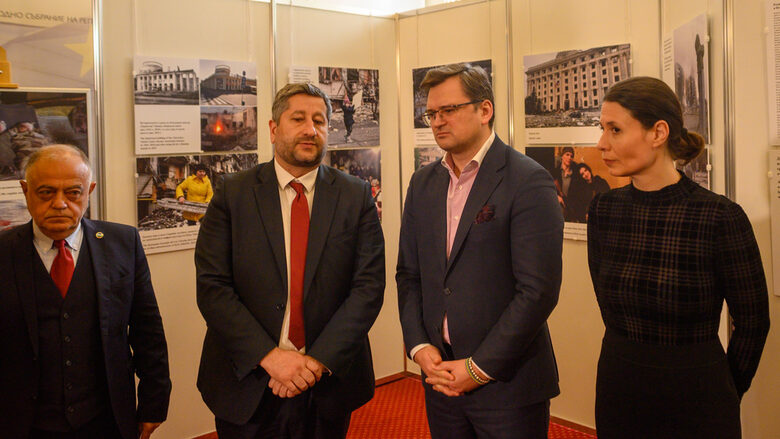 Bulgaria has condemned the invasion, voted to support European Union sanctions against Russia and is hosting more than 90,000 Ukrainian refugees, but the four-party ruling coalition remains split over whether to send arms and ammunition to Kyiv.

Kuleba, who arrived in the Black Sea country on Tuesday, said he has still not received a clear answer from Sofia on military aid.

“The best way to bring peace closer today is to stand by Ukraine, not to stand neutral,” Kuleba said in the Bulgarian parliament at the opening of a photo exhibition depicting the war in Ukraine.

A fourth coalition party, the populist ITN, has not taken a clear position on the issue.

“If you have a helmet and a bulletproof vest, but you do not have a gun in your hands, you are doomed. So this half-measure is nice politically, but basically the message is: ‘We want you to die protected’,” he said.

Thousands of people have died, cities and towns have been heavily bombarded and some 11 million people – about a quarter of Ukraine’s population – displaced in the war since Russia launched its invasion on 24 February.

Bulgaria’s parliament is expected to debate next week, after the Orthodox Easter weekend, how to support Ukraine further.

Bulgaria was Moscow’s closest ally in eastern Europe in Communist times. It has retained important cultural, tourism and trade links and is still heavily reliant on Russian gas and oil.

Hungary and Bulgaria are the only EU members which haven’t sent military aid to Ukraine since Russia invaded its neighbour.