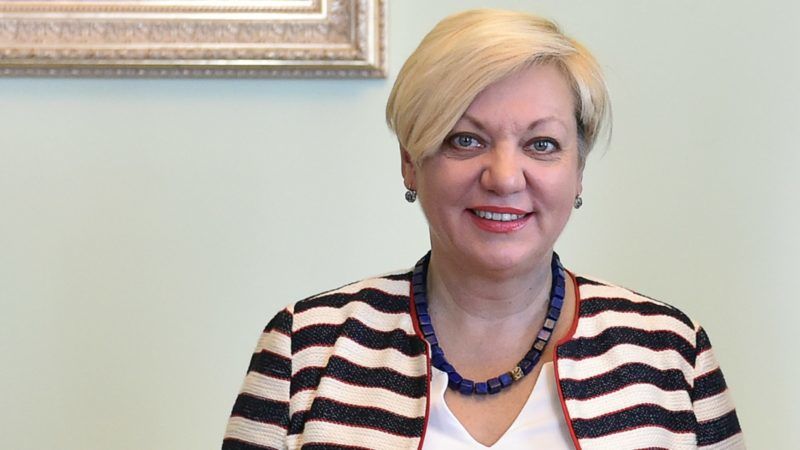 “I voluntarily submitted my resignation to the president of Ukraine effective 10 May,” the 52-year-old former private banker and Western financial darling told reporters.

She said her successor at the National Bank of Ukraine (NBU) was also likely to come under fire and urged that person the best of luck.

“There will be political pressure on anyone who has this job. For this reason, I would like to tell my successor: be strong.”

Gontareva was lauded by economists and the West for cleaning up Ukraine’s murky financial sector in which many banks functioned as little more than the private purses of a select group of powerful billionaires.

But she became a lightning rod for criticism of her liberal policies from the oligarch-controlled media outlets that dominate the troubled former Soviet state.

The most strident populist voices in parliament even suggested that Gontareva should be jailed for following International Monetary Fund advice and easing state support for the value of the national currency, the hryvnia.

The resulting devaluation from 12 hryvnias to the dollar from the day of her appointment in June 2014 to 27 on Monday slashed the value of people’s savings and fed inflation that reached almost 50% that year.

But it also saved the central bank from running out of money and boosted the war-torn country’s financial standing with Western sovereign lenders such as the IMF and the European Union.

“Gontareva has come in for a huge amount of criticism, being ravaged in the largely oligarchic controlled Ukrainian media,” he wrote.

“However, I tend to think that history will judge Gontareva relatively well for the reforms she instigated at the NBU and in the banking sector more generally.”