Townhall on Ukraine with Volodymyr Zelensky at the Munich Security Conference on 15 February 2020. [MSC]

Addressing the Munich Security Conference on Saturday (15 February), Ukraine’s President Volodymyr Zelenskiy repeated his plea for Western support, while indicating his openness to hold local elections in the separatist-held regions of Donetsk and Lugansk together with the rest of the country in October.

On the sidelines of the Conference, representatives of the ‘Normandy Four’ format – Germany, Ukraine, France, and Russia – are set to agree on the next Normandy summit, likely to be held in Berlin, German foreign minister Heiko Maas confirmed to reporters.

“To come to a political solution, the Minsk agreement has to be implemented, the Normandy format is meant to create trust,” Maas said after a meeting with his Ukrainian counterpart Vadym Prystaiko.

A 2015 Franco-German brokered deal calls for the withdrawal of heavy weapons, the restoration of Kyiv’s control over its borders, wider autonomy for separatist-held regions of Donetsk and Lugansk and the holding of local elections. Moscow and Kiyv however differ on the interpretation of the accord.

In December, Zelenskiy met with Russian President Vladimir Putin in Paris as part of the Normandy Format talks which so far have failed to produce a concrete resolution to the conflict. The talks upheld the so-called “Steinmeier formula” on the interpretation of which Minsk and Moscow also differ.

Zelenskiy in favour of local elections

“I would like to point out that it is not quite right to say ‘the war in Ukraine.’ It’s the war in Europe. And, together with the annexation of Crimea, it has already lasted the same period as WWII, six years,” Zelenskiy told a townhall event in Munich.

Moscow went on to annex Crimea and support insurgents in eastern Ukraine. More than 13,000 people have been killed in the conflict, Europe’s only active war.

“And we will be glad when mentions of Ukraine as a dangerous zone disappear from the pages of international reports. But it must happen only when lasting peace prevails in Donbas and Ukraine restores its territorial integrity within its internationally recognized borders,” he said.

“Our wish today is to hold local elections throughout all the territories of Ukraine, including particular parts of the Donetsk and Luhansk regions in October 2020,” he said.

“There is the same wish concerning the territory of Crimea as well.”

The Minsk agreements don’t cover Crimea, where Russia is holding federal elections, unrecognised by the EU and other Western powers.

“The people in Donbas need elections that will be recognised by Ukraine and the entire world as legitimate,” Ukraine’s president said. “And they cannot be such if they are not held in line with Ukrainian legislation, at the sound of gunfire, and without control of our border.”

Moscow and Kyiv differ on the sequence of events under the Minsk agreement. Ukraine wants to regain control of its border before the holding of elections, while Russia says according to the Minsk treaty elections must be held first.

New senior appointments in Moscow and Kyiv pointed on Tuesday (11 February) towards a tentative thaw in ties, after the Ukrainian president’s new chief of staff offered guarded praise for the man put in charge of the Ukraine file in the Kremlin. 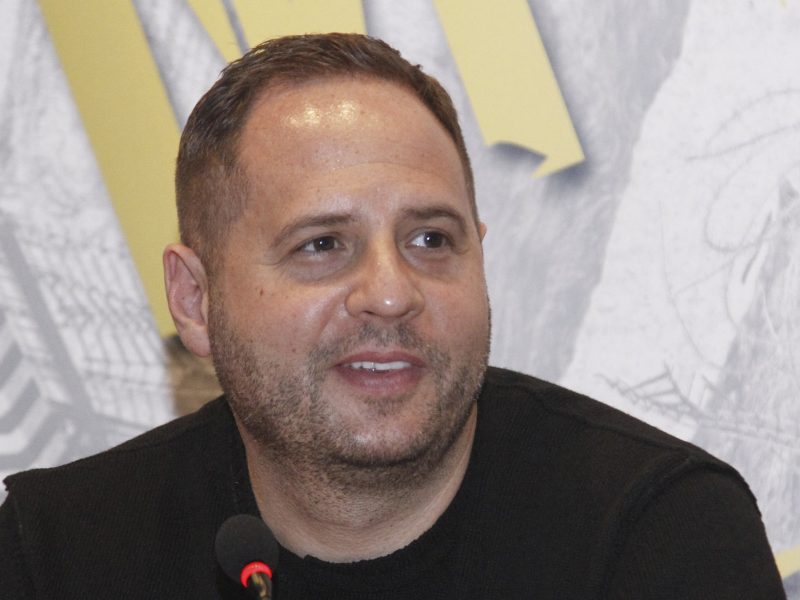 New senior appointments in Moscow and Kyiv on Tuesday (11 February) pointed towards a tentative thaw in ties, after the Ukrainian president’s new chief of staff offered guarded praise for the man put in charge of the Ukraine file in the Kremlin.

Nevertheless, both countries were keen to play down the prospect of an abrupt improvement in their relationship.

Before heading to Munich on Friday, Zelenskiy spoke on the phone with Putin and they discussed the settlement of the conflict and the implementation of the agreements reached at a summit in Paris, the Ukrainian president’s press service said in a statement.

In the call, Putin called on Ukraine to stick to a “complete and unconditional implementation” of Western-brokered peace agreements to de-escalate the five-year conflict between Kyiv forces and Moscow-backed separatists, the Kremlin said in its own blunt statement.

“Vladimir Putin has posed a direct question – does Kyiv intend to implement the Minsk agreements in earnest?” the Kremlin said.

US support for Ukraine

Speaking in Munich, Ukraine’s president strongly rejected US President Donald Trump’s claim that Ukraine is a corrupt country and said he is ready to have another phone call with Trump and visit the White House.

“That [corruption] is not true. When I had a meeting with President Trump, and he said that in previous years (Ukraine) was such a corrupt country, I told him very honestly, and I was very open with him, I told him that we fight corruption, we fight each day,” Zelenskiy said during the town hall event.

“Please, please, stop saying that Ukraine is a corrupt country, because from now, it’s not true. We want to change this image,” he added.

His remarks come a few weeks after the US Senate acquitted Trump, finding him not guilty of abuse of power and obstruction of Congress which had implicated Zelenskiy.

Democrats had initiated Trump’s impeachment in September over his July 2019 phone calls with Zelenskiy, in which the US President had asked to investigate the son of his political rival, former US Vice President and current Democratic candidate for the 2020 presidency, Joseph Biden, over his work in Ukraine.

In consequence, Trump also temporarily froze nearly $400 million in congressionally-approved aid assistance to Kyiv. The money was later made available.

Asked how the impeachment proceedings had affected relations between Washington and Kyiv, Zelenskyi said Ukraine now has a “very good relationship with the US,” and thanked Trump for his support.

On Friday, a bipartisan US Senate delegation travelled to Kyiv, in an attempt to bridge the eroded political trust and show American support for Ukraine after the Trump impeachment trial.

“We all are confident that President Zelenskiy does not want to be involved in US politics, and we hope that any pressure (that) existed in the past to do so is over,” Senator Chris Murphy said after meeting the Ukrainian President, according to Reuters.