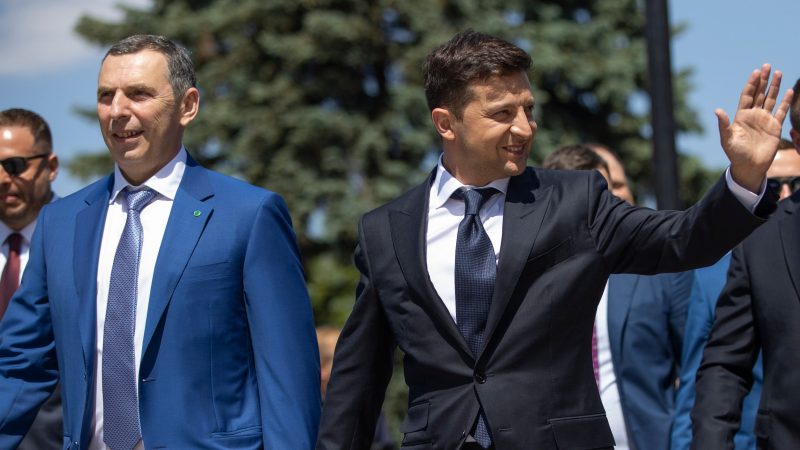 Ukraine’s parliament passed a law on Thursday (23 September) to order “oligarchs” to register and stay out of politics, a day after an attempt to kill a top aide to President Volodymyr Zelenskiy, which officials said could have been a response to the reform.

The law provides a definition for an oligarch and gives a body headed by the president, the National Security and Defence Council, the power to determine who meets the criteria.

Oligarchs would be forbidden from financing political parties or taking part in privatisations. Top officials, including the president, prime minister and head of the central bank, would be required to declare dealings they had with them.

Zelenskiy says it is necessary to protect the country from powerful businessmen who have corrupted its political system for decades. His opponents say they fear it will be applied selectively to concentrate more power in the president’s hands.

“Thanks to the anti-oligarch law, Ukraine gets a historic chance to build a civilized and clean relationship between big business and the state,” Zelenskiy said in a statement.

“Yes, many politicians do not like it. Yes, they want to live as before, working for the oligarchs. Yes, there was a lot of pressure on our deputies, a lot of intrigue and even blackmail. But the law was passed.”

The law passed a first reading in July. Thursday’s second reading, which passed with 279 votes in the 450-seat parliament, means it now goes to Zelenskiy for approval.

Zelenskiy’s team has suggested anger at the law could be behind an attempt to assassinate Serhiy Shefir, a top aide and close friend of the president. Shefir’s car was sprayed with gunfire on Wednesday by unidentified attackers as he travelled between two villages outside the capital.

Shefir was unharmed though his driver was wounded. Police are searching for the weapon and interviewing possible witnesses who were picking mushrooms nearby, Interior Ministry spokesperson Artem Shevchenko said on Thursday.

Zelenskiy, a former TV comic, won a landslide election in 2019 promising to tackle corruption and curb the influence of tycoons who have dominated business, the media and politics since the end of the Soviet era. Opponents say he owes his own rise to the tycoon whose TV channel backed his earlier career.

Opposition lawmaker Oleksiy Goncharenko, from former President Petro Poroshenko’s party, said by giving a presidential body the authority to determine who is an oligarch, the law “creates huge scope for corruption”.

Kira Rudyk, the leader of the Voice party, said the bill was designed “only to strengthen the power, strengthen the position of the president and make it so that he can, together with the National Security and Defence Council, actually decide who can have control over the media and who cannot.”