UN: Over 6.5 million Ukrainians displaced after one month of war 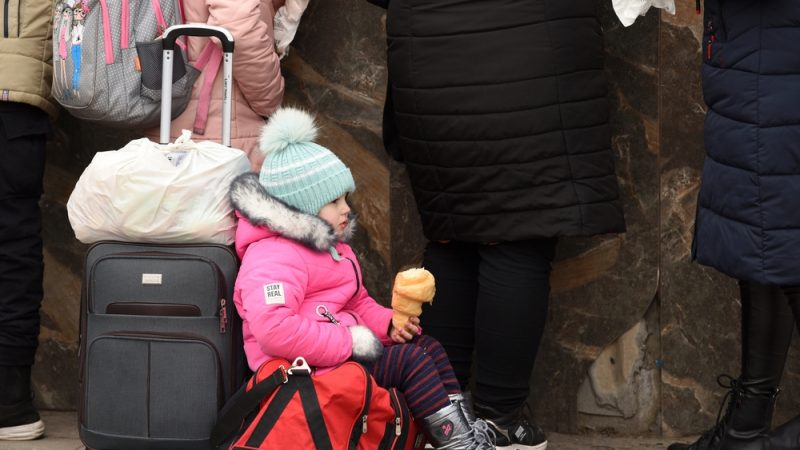 Over 10 million people have been forced to flee their home since the start of the war. [Shutterstock/Bumble Dee]

More than 6.5 million people are currently displaced inside Ukraine while 3.7 million have fled the country since the Russian invasion started one month ago, the UN refugee agency (UNHCR) said on Friday (25 March).

“Over the past month, everything has changed for Ukraine,” the UNHCR representative in Ukraine, Karolina Lindholm Billing, told a UN press conference in Geneva via video link from Lviv.

Billing said one month of the war has set back Ukraine “further than where we were eight years ago.”

“Today, we are confronted with the realities of a massive humanitarian crisis that is growing by the second,” she said, adding that “millions in Ukraine live in constant fear.”

Since the start of the conflict, more than 10 million people – a quarter of Ukraine’s population – have been forced to leave their homes, according to the UN agency.

Billing warned the numbers of displaced people continue to rise by the day and added that around 13 million people are stranded due to the conflict.

Some of these people are not able to leave “due to heightened security risks, destruction of bridges and roads, and lack of resources or information on where to find safety and accommodation,” she said.

Moreover, an estimated 2.7 million people with disabilities are at risk of abandonment, death, or a lack of shelter amid Russia’s invasion, according to civil society organisations.

On Thursday (24 March), the UN children’s agency UNICEF warned that 4.3 million children – more than a half of Ukraine’s children – are displaced, either inside the country or in neighbouring nations.

“The war has caused one of the fastest large-scale displacements of children since World War II,” said Catherine Russell, head of UNICEF.

“This is a grim milestone that could have lasting consequences for generations to come. Children’s safety, wellbeing and access to essential services are all under threat from non-stop violence,” she added.

Ukraine’s neighbouring countries are currently receiving a massive influx of refugees, with over 2.2 million refugees in Poland, 573,000 in Romania, 376,000 in Moldova and 336,000 in Hungary. Around 271,000 refugees have also fled to Russia. 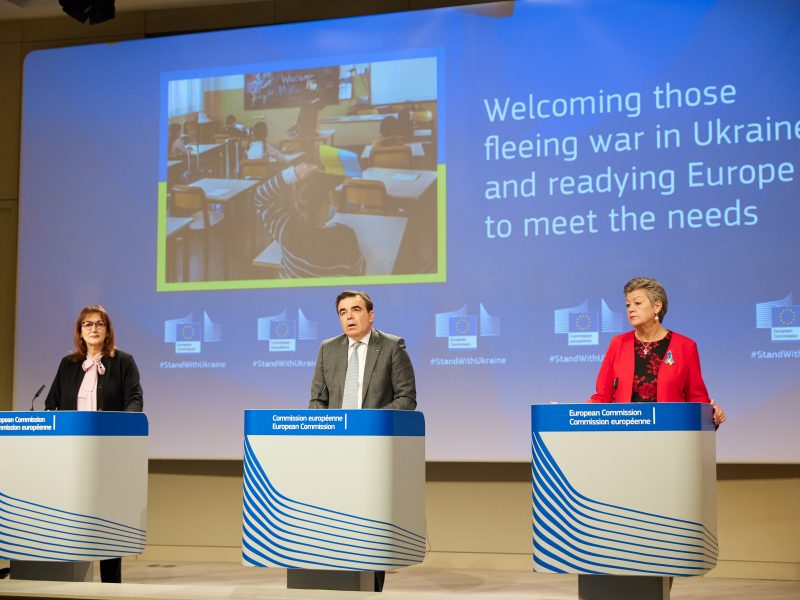 The European Commission presented on Wednesday (23 March) its actions to support member states in meeting the needs of those fleeing war in Ukraine.

Meanwhile, the United States has also announced it is ready to receive up to 100,000 refugees fleeing Ukraine and will donate $1 billion to help European countries face the humanitarian crisis.

“This is not something that Poland or Romania or Germany should carry on their own,” visiting US President Joe Biden told a press conference in Brussels on Thursday, adding that “this is an international responsibility.”

Today, I announced that the United States will welcome up to 100,000 Ukrainians and others fleeing Russia’s aggression.

We’re focused on reuniting families and providing refuge to those in harm’s way.

Meanwhile, the war has already claimed the lives of at least 1,081 civilians and injured 1,707 people, according to UN data. Among these, 78 children have been killed, and 105 have been injured in Ukraine since 24 February.

However, the UN warned that the death toll is likely to be higher as these figures represent only those that the organisation was able to confirm.