US and EU line up economic tools to punish Russia 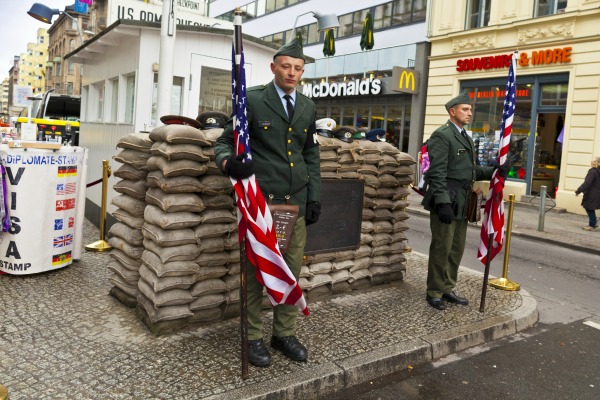 The United States has a number of economic weapons to punish Russia for its military intervention in Ukraine, ranging from asset freezes to kicking Moscow out of the exclusive G8 group of countries. In Europe, similar measures are being considered although some countries are reluctant to quick sanctions.

Obama is seriously considering an executive order imposing asset freezes and visa bans on Russian officials, a US official said on Monday.

Any moves to slow investment into Russia could also hurt. Russia's economy, which has softened significantly in recent months, is more vulnerable than it was during a previous 2008 crisis over Georgia.

"The Russian economy is extremely weak," said Anders Aslund, a senior fellow at the Peterson Institute for International Economics. The impact of Putin's move into Crimea "will be enormous," he said.

Steep drops on Monday in the value of the ruble and the Russian stock market, including natural gas monopoly Gazprom, would be particularly difficult for Russia's rich.

Here are details of some of the measures the United States and the European Union could take:

Russia could be cut out from the prestigious "club" that brings Russia together with the United States, the United Kingdom, Canada, France, Germany, Italy and Japan.

Leaders of the G-7, which does not include Russia, said on Sunday they were suspending participation in talks to prepare for a G-8 summit in Sochi, Russia, this summer.

Canadian Prime Minister Stephen Harper said Russia might be ejected from the group if Putin does not change course. "President Putin's actions have put his country on a course of diplomatic and economic isolation that could well see Russia exit the G8 entirely," he said.

The G-7 also could meet by itself, excluding Russia without formally ending the broader group.

Under broad new authorities gained since the Sept. 11, 2001 attacks, the US Treasury has employed financial warfare against banks worldwide, when it finds complicity in terrorist financing, money laundering or weapons proliferation.

Former senior Treasury official Juan Zarate said moves against Russian banks suspected of illicit financing would take time, but would eventually have an impact, and would have the added benefit of exposing Russia's financial backing for Syrian President Bashar al-Assad.

Cutting Russian banks off from the US financial system could hurt them significantly. But Zarate said Washington would need solid evidence of illicit financial conduct.

In a related move, the United States could hunt for assets controlled by Putin and his close allies, something it has never openly done, said Zarate, now at the Washington-based Center for Strategic and International Studies.

Such actions "are not going to change the course of events tomorrow. But it could demonstrate to Putin and those close to him that the West can bite back," he said.

Trade in goods between the two countries was worth $38.12 billion in 2013 and US firms have $14 billion in direct investment in Russia.

Russia and the United States had started talking about a bilateral investment treaty, but a planned visit by US trade officials to discuss that treaty has now been scrapped.

"We have suspended upcoming bilateral trade and investment engagement with the government of Russia that were part of a move toward deeper commercial and trade ties," a spokesman for the Office of the US Trade Representative said on Monday.

Russia needs investment to keep its economy humming – it has suffered from about $60 billion in net capital outflows annually in the last two years.

The Russian central bank already has raised interest rates to defend the ruble, threatening to push the economy into recession, by some economists' reckoning.

US oil major ExxonMobil and aircraft maker Boeing are two companies with strong links to Russia and involved in joint ventures with Russian partners.

Several EU member states, particularly in the Baltics, rely almost entirely on Russian oil and gas supplies, while even major countries such as Germany, France and Italy import 25 to 35% of their gas from Russia. Overall, around 35% of all the gas imported to the EU from Russia transits via Ukraine.

A European Commission spokeswoman said the EU, after a warm winter, had enough gas in storage to meet almost 10% of annual needs. Europe could increase storage capacity to buffer it further.

Longer term, there are also calls for Europe to diversify by developing capacity for liquefied natural gas, which can be shipped. Some US energy industry supporters are eager to help.

LNG supplies from the United States or the Middle East could help some Western European countries react to any Russian aggression in coming years, although added transportation costs could be too expensive for others in Central Europe who are likely to remain dependent on neighbours, energy experts said.

"The US energy transformation of recent years gives us options we didn't have several years ago. So we ought to explore using those options," said Richard Haass, the president of the Council on Foreign Relations think tank.

Under a 2012 US law named after Russian lawyer Sergei Magnitsky, who died in prison, the United States targeted Russian officials involved in human rights abuses with visa bans and asset freezes.

The State Department placed 18 Russian individuals on a public list of those affected, and a handful of other senior officials are on a list that was not made public. Moscow responded by banning some Americans from traveling to Russia and halting US adoptions of Russian children.

An executive order from Obama could create another, similar list, even though its effect might be limited.

"Political figures targeted by sanctions normally have few, if any, assets in US banks or under the control of US entities or persons," said Clifton Burns, who works on sanctions issues at the law firm Bryan Cave LLP.

European Union targeted sanctions have to be agreed unanimously among all 28 member states, however, and with several members, such as Cyprus and Italy, enjoying close business ties to Russia, securing that consensus is difficult.

Britain is seen as reluctant to support measures that might affect the vast number of wealthy Russians who have chosen London as their home and base for their business empires.

Ukraine mobilised for war on Sunday (2 March) after Russian forces bloodlessly seized Crimea, an isolated Black Sea peninsula where Moscow has a naval base.

As Western countries considered how to respond to the crisis, the United States said it was focused on economic, diplomatic and political measures, and made clear it was not seriously considering military action.

The Group of Seven major industrialised nations, condemning the

Russian intrusion into Ukraine, suspended preparations for the G8 summit that includes Russia and had been scheduled to take place in June in Sochi.

Meanwhile, Finance ministers from the G7 said they were ready to offer "strong financial backing" to Ukraine, provided the new government in Kiev agreed to pursue economic reforms sought by the International Monetary Fund.