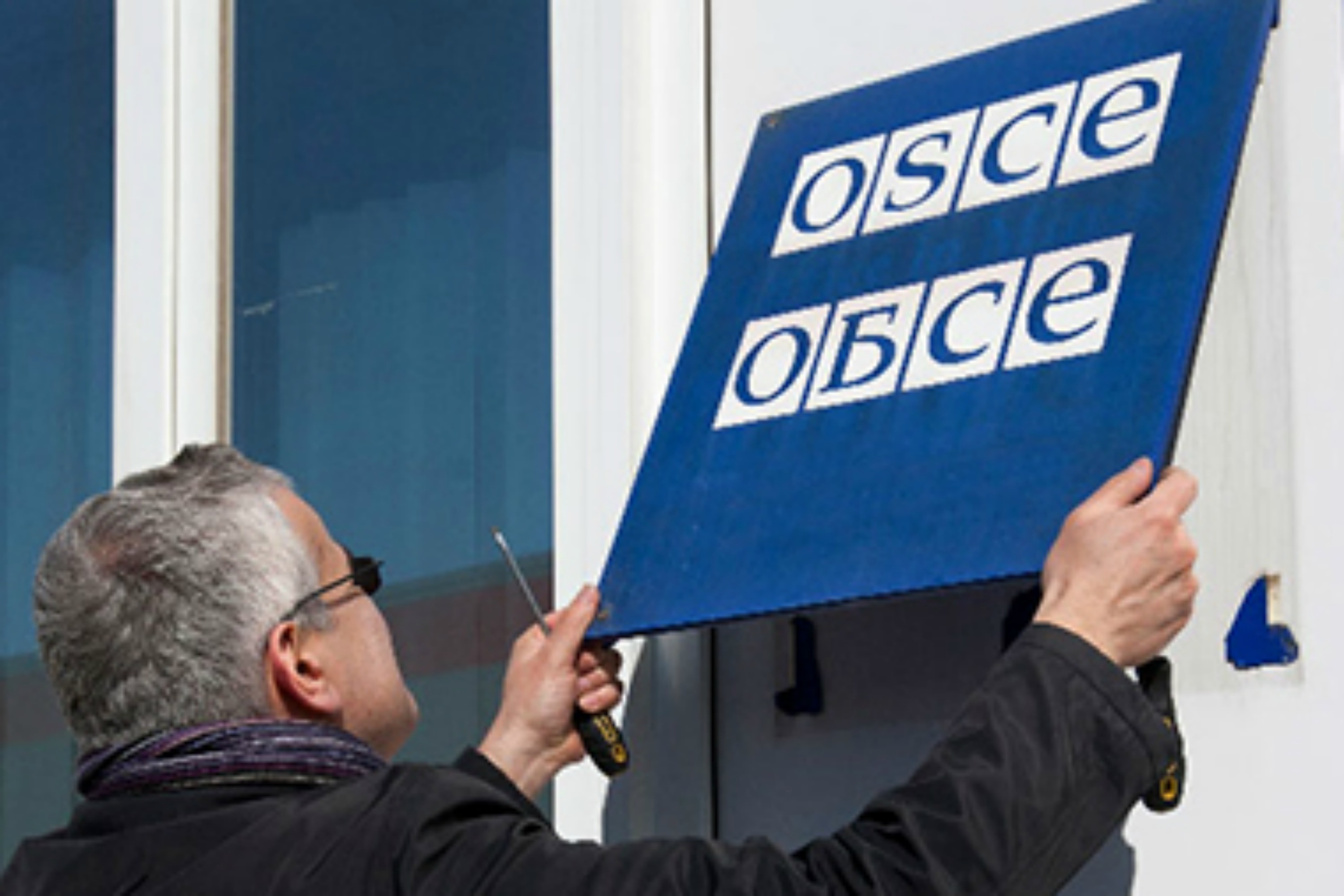 EXCLUSIVE: Azerbaijan gave one month to the office of the Organisation for Security and Cooperation in Europe (OSCE) in Baku to close down, which was interpreted by Western media as a response to criticisim of the country’s human rights and media freedom record. But Western diplomats told EURACTIV a completely different story.

“The Government of the Republic of Azerbaijan notifies the OSCE that it does not see any more need for the activity of the OSCE Project Coordinator in Baku,” says a diplomatic note presented officially to the organisation’s headquarters in Vienna. The office is given one month to close, the deadline coinciding with 4 July, the US’ Independence Day.

But diplomats in Baku and in the OSCE headquarters in Vienna told EURACTIV that if anyone was to blame for the closure of the organisation’s office in the capital of Azerbaijan, it was US diplomacy. The Amercians were basically pushing for regime change in this country, they claimed.

The various reports agree on several points. The OSCE mission in Baku, which was opened in 2000, had faced difficult times during the mandate of the previous OSCE ambassador, Koray Targay of Turkey. Reportedly, between July 2012 and July 2013, Targay made very critical remarks about the government, under US pressure, according to some accounts.

As the scandal unfolded, Azerbaijan authorities said they wanted to close the mission. OSCE missions are opened at the invitation of the host country.

Ukraine and Turkey intervened, lobbying to keep the mission afloat, but with a new mandate. The new mandate doesn’t allow it to make political declarations, and transforming the bureau into an “OSCE Project Coordinator” office.

A new mandate was adopted in July 2013 and a new ambassador, the Frenchman Alexis Chahtahtinsky arrived in March 2014. According to the OSCE Project Coordinator office website, which is still live, its priorities are “to assist Azerbaijan with the progressive implementation of its OSCE commitments; combating terrorism, promoting religious tolerance in Azerbaijan, improving co-operation between governmental institutions and civil society organisations in the fields of combating human trafficking and domestic violence, and supporting good governance projects”.

Reportedly, the new ambassador strictly respected the mandate and refrained from making political statements and criticising the authorities. But the US ambassador in Vienna Daniel B. Baer wanted him to play a much more political role and basically to follow up Washington’s alleged strategy of seeking a regime change in Azerbaijan of the type of Georgia’s or Ukraine’s.

According to diplomatic sources, US and UK pressures increased in Vienna on France, and on the OSCE Secretary General Lamberto Zannier of Italy. As a result the OSCE didn’t renew the ambassador’s contract, which expired on 31 May.

EURACTIV was told that the authorities of Azerbaijan interpreted this as a message; if Chahtahtinsky’s successor worked in the same way, he would be dismissed as well. This would incite him to work in violation of his mandate. This was inacceptable, so the decision of Baku was to close the mission.

Reportedly, Azerbaijan had officially informed the OSCE headquarters in Vienna prior to these developments that the US pressure on the mission was increasing.

“People with backgrounds in the special services use the OSCE for the instrumentalisation of foreign policy using the human rights as a pretext for regime change. But this doesn’t work in Azerbaijan, which is a country at war with one of its neighbours”, said a diplomat, with reference to Armenia, with which Azerbaijan is opposed in the Nagorno-Karabakh conflict.

The OSCE mission in Baku had no mandate to deal with the Nagorno-Karabakh conflict, of which the so-called “Minsk group” is in charge.

“The more the Americans criticise Azerbaijan, the more this country will get closer to Russia. Is this what the Americans want?”, a diplomat said. In his words, Azerbaijan was not a perfect country, but no country was perfect by definition. If the West wanted to improve the situation there, he said, this should happen via evolution, not revolution.

In fact, gas and oil-rich Azerbaijan doesn’t want to get too close to either superpower, or to seek association to the EU. It preferred to play the role of a bridge between Europe and Asia, as well as between the Christian and Islamic world.

EURACTIV has received a statement by US Ambassador to the OSCE Daniel B. Baer from 8 June, in which he calls the closure of the Baku office “deeply disappointing” and encourages the government of Azerbaijan to reconsider its decision.

“I’d like to point out that the early public reaction to the news that Azerbaijan wants to terminate the MoU [Memorandum of Understanding for setting up the office] because it would like to shut down the OSCE Project Coordinator’s Office, has been both predictable and regrettable. Observers see the Azerbaijan government’s move in the context of a broader crackdown and as part of Azerbaijan’s significant backsliding in meeting international commitments and obligations, including with respect to human rights and fundamental freedoms. This is not good for the OSCE; this is not good for comprehensive security in the region; this is not good for the people or the government of Azerbaijan.”