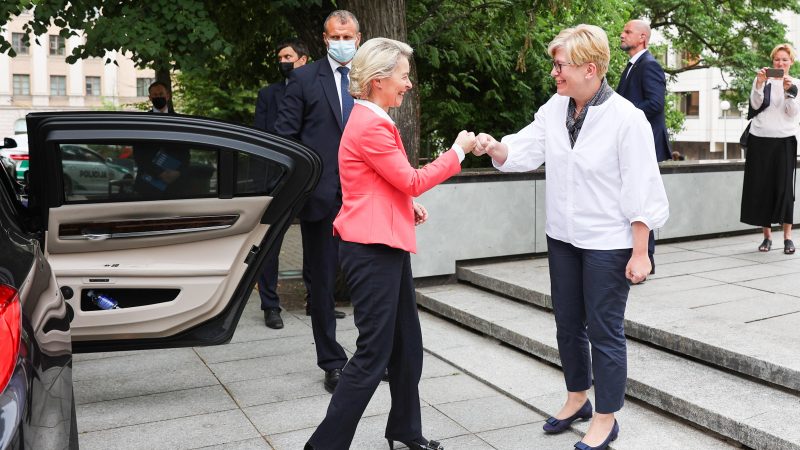 Ursula von der Leyen, on the left, is greeted by the Prime Minister Ingrida Simonyte in Vilnius. [Europe By Satellite]

The Lithuanian government declared a country-wide emergency on Friday as 150 migrants crossed the border illegally in the 24 hours ended Friday morning, more than had entered annually in any of the three preceding years.

“Here we see indeed a pattern, a politically motivated pattern. And European Commission and the European Union stand by your side in these difficult times”, said von der Leyen in Vilnius at a joint press conference with country’s president Gitanas Nauseda and the prime minister Ingrida Simonyte.

“One thing is for sure: your worries and your problems in Lithuania are European problems. I wanted to reinforce that, we really stand by your side in this difficult time”, she added.

The European Commission could give Lithuania access to emergency funds to control an “extraordinary situation” and would send EU border and coast guard agency Frontex officers to beef up patrols, said the head of the EU’s executive.

Lithuania’s prime minister said in mid-June she believes Belarus is behind the recent spike of illegal immigration into Lithuania, following a threat by its president that it will no longer prevent migrants from crossing its western border. 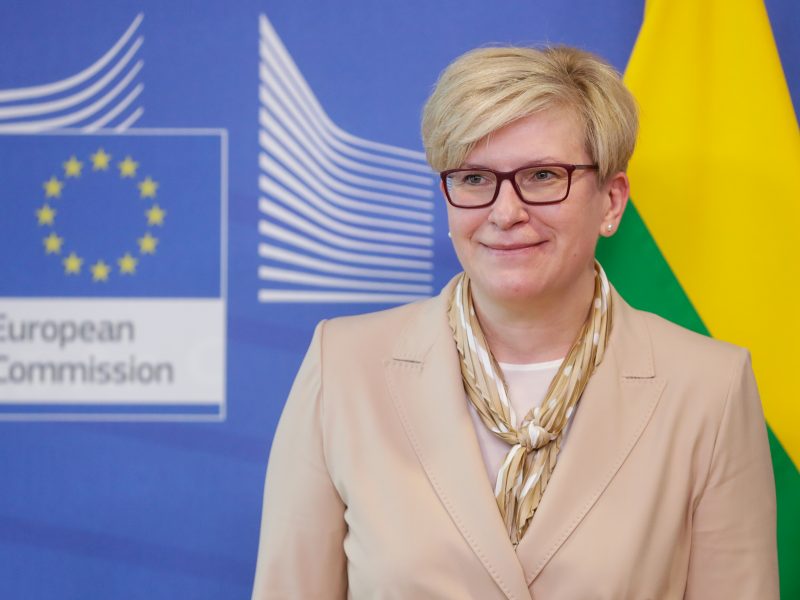 Belarus President Alexander Lukashenko said in a speech to the parliament on 26 May that the country would no longer prevent migrants from crossing its western border.

“We used to catch migrants in droves here – now, forget it, you will be catching them yourselves”, Lukashenko told EU states, in response to sanctions imposed after the country forced a Ryanair plane with a Belarusian dissident on board to land in Minsk, where he was arrested.

Lithuanian Foreign Affairs Minister Gabrielius Landsbergis said on Friday he was unable to reach Belarus authorities to discuss the migration.

The minister said he expects to travel to Iraq and Turkey to discuss curbing the migration, as he believes the migrants fly to Minsk via direct scheduled flights from Baghdad and Istanbul.

“Most of these people will need to leave Lithuania and go home because, unfortunately, they will not be able to get the status of political asylum”, he told a televised government meeting.

Just over half of the 822 migrants this year hail from Iraq, but also from Iran, Syria, Guinea, Turkey and Sri Lanka, according to the Lithuanian border guard.