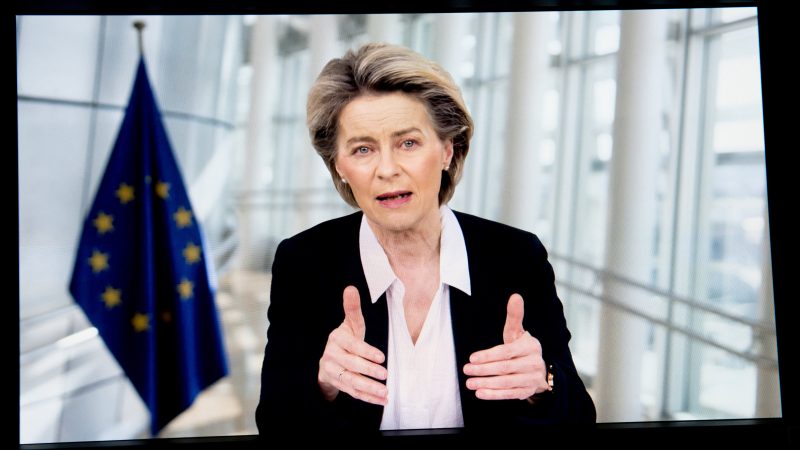 Ursula von der Leyen during a videoconference on 8 February 2021. [Europe by Satellite]

Ukrainian President Volodymyr Zelenskiy, criticised at home for failing to source Western-made jabs, has called on the EU to help Ukraine source vaccines. 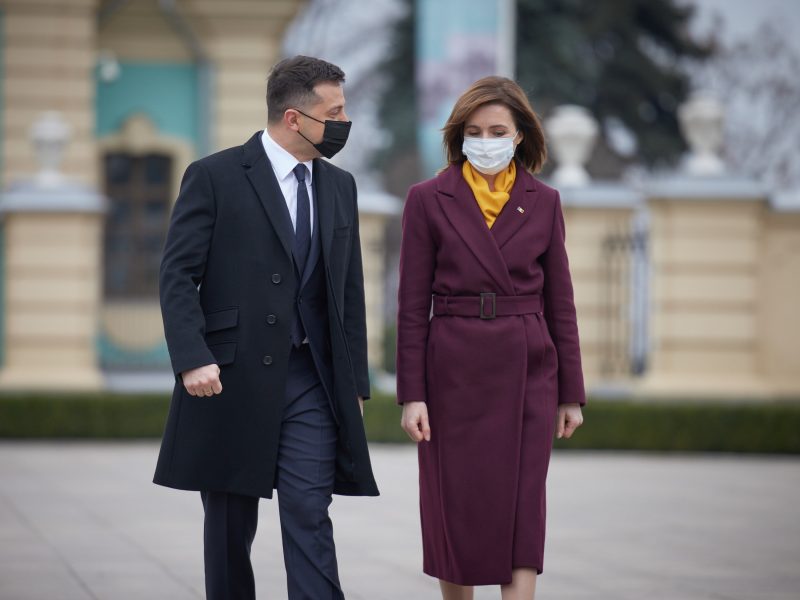 Zelenskiy said Monday that Ukraine, one of the poorest countries in Europe, would begin the first phase of the vaccination campaign later this month.

The country of some 40 million is awaiting delivery of eight million doses promised under the United Nations Covax programme and up to five million doses of the Chinese CoronaVac jab.

“On top of Covax, I have also asked our member states to donate part of their doses to Ukraine,” European Commission chief Ursula von der Leyen said in a video address to a Kyiv conference.

“Thanks to Covax, Ukraine’s doctors and nurses will receive the first vaccines already this month,” she said.

“Millions of other doses will reach Ukraine by the summer,” she added.

Ukraine has not registered any vaccine so far and Zelenskiy has rejected calls from pro-Moscow politicians to approve Russia’s Sputnik V jab.

Last week, it said it had also secured 12 million doses of vaccines developed by AstraZeneca and Novavax.

But that is still not enough to meet the country’s needs.

On Monday evening, Zelenskiy spoke by phone with Albert Bourla, chairman of US drugmaker Pfizer, said a statement from the presidency.

The Ukrainian president “hopes to finalise a contract for the supply of the Pfizer/BioNTech vaccine to Ukraine as soon as possible”, the statement added.

But at the Kyiv conference earlier Monday, Zelenskiy acknowledged Ukrainians’ “mistrust” of vaccines: a “large part of the population” did not want to get vaccinated, he said.

According to a recent poll of 1,600 respondents conducted by the non-government Rating Group, more than half of Ukrainians said they were not ready to get inoculated, even for free.

Ukraine’s 43-year-old leader, who himself experienced mild symptoms of the coronavirus last year, said he was ready to get inoculated to encourage others to do the same.

“I am ready to show people by personal example that vaccination is important, it is safe, it is needed,” said Zelenskiy.

Ukraine, struggling with a run-down health system, has recorded over 1.2 million cases and more than 23,000 deaths.