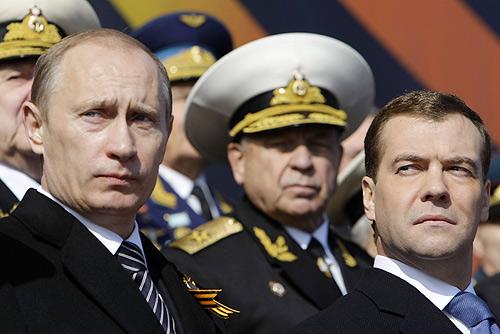 20 October, Liberation Day in Serbia, marks the anniversary of the retreat of the Nazi troops from Belgrade in 1944, leaving the capital to the Red Army and Yugoslav Partisan guerrillas. But the Liberation Day parade of 2014 will be of a different kind.

On 16 October, guns, tanks and planes will be back in the city, now the capital of Serbia, for a Liberation Day parade held four days early to accommodate the guest of honour – Russian President Vladimir Putin, en route to a summit in Milan.

It is a gesture with huge symbolism in a Cold War-style East-West split over Ukraine that has forced Serbia, politically indebted to Russia, but seeing its economic future with the European Union, to perform a delicate balancing act.

The United States is uncomfortable with the idea of Putin and his military chief being feted at a parade of 4,500 Serbian soldiers, while NATO says Russian soldiers are still waging war in eastern Ukraine.

“You can have good relations with Russia and China, and with the United States. But our view of visits by Chinese and Russian officials differs; the Chinese haven’t attacked anyone, but the Russians have,” Michael Kirby, the US ambassador to Serbia, was reported as telling the Serbian daily Vecernje Novosti, in an interview last month.

Kirby later said he was not trying to tell Serbia whom it could invite, but his remark exposed the tightrope the country is treading.

Since the ouster of strongman Slobodan Miloševi? in 2000 after a decade of war, Western sanctions and isolation over the breakup of Yugoslavia, Serbia, the most populous part of the socialist federation built by Josip Broz Tito after World War Two, has steadily turned towards the European mainstream.

The numbers speak for themselves: between 2007 and 2013, the country of 7.3 million people exported 32.6 billion euros worth of goods to the EU, compared to just €4.2 billion to Russia.

Over the same period, the EU was the source of 9.2 billion euros in foreign direct investment in Serbia, compared to €2.5 billion from Russia.

EU accession negotiations are set to begin in earnest, with full membership likely only after 2020, providing the 28-nation bloc can keep in check misgivings over the wisdom of expansion to the poorer countries of the western Balkans, having taken in ex-Yugoslav Croatia last year.

Majority Albanian Kosovo, which split from Serbia after a 1998-99 conflict stopped by NATO air strikes, remains an issue. Serbia has signed up to compromises, but the EU will press for more, and Serbia has refused to recognise Kosovo as independent.

It is Russia that stands between Kosovo and a seat at the United Nations, and Serbia, like much of eastern Europe, is also dependent on Russian gas.

That has left Belgrade trying to straddle both East and West, a ploy played brilliantly by Tito during the Cold War, but not so simple since the Berlin Wall came down.

Serbia has pledged its respect for the territorial integrity of Ukraine, whose own moves towards the EU prompted Moscow’s annexation of Crimea and a pro-Russian revolt in the east.

But Belgrade has refused to join the West’s sanctions on Russia, something the EU’s new commissioner tasked with accession negotiations, Johannes Hahn, said Belgrade would “have to address”.

And while negotiating an Individual Partnership Action Plan with NATO – the highest rung of cooperation between the military alliance and a country not aspiring to join – Serbia will host Russian soldiers for joint military exercises near the border with NATO member Croatia later this year.

“That’s not at all smart,” said Jelena Mili?, director of the Belgrade-based Centre for Euro-Atlantic Studies.

“What is Serbia supposed to do? To say that, because we want to join the EU, sorry Russia, we’re not friends with you anymore? Where’s our national interest in that?” he told state television last week. “Russia and China are our only defence against Kosovo joining the United Nations.”

The quid pro quo became clear in 2008, when Kosovo declared independence and Serbia sold a majority stake in its gas monopoly to Russia’s Gazprom, at what was seen at the time as a bargain price. Russia’s veto power kept Kosovo out of the realm of the United Nations, complicating the task of state-building in a victory of sorts for Serbia.

Also of value to Serbia is its free-trade arrangement with Russia, signed in 2000, and a lure for foreign manufacturers looking to set up in the Balkans. Serbia wants to expand it to include the cars that Italian automaker Fiat builds in the Balkan country, making them cheaper on the Russian market.

While Serbs have confirmed their EU ambitions through the ballot box, the economic crisis in the bloc has tested their enthusiasm, and many Serbs feel they share more values with fellow Orthodox Russians than the more liberal Europeans.

“We have joint roots, language, faith, customs and culture,” Serbian President Tomislav Nikoli? told Russian television. “In all wars we were always on the same side.”

However, Goran Svilanovi?, head of the Regional Cooperation Council promoting the region’s European integration and a former Yugoslav foreign minister, said Serbia would have little choice but to adapt.

“As Serbia advances towards EU membership, it will have to adjust gradually to bring its foreign policy into line with EU policy,” he told Reuters last week.

A sign that is already doing so sits in a field north of Belgrade, where in November last year a welder marked the ceremonial start on Serbia’s stretch of Russia’s South Stream gas pipeline, designed to further strengthen Russia’s hold on energy supplies to Europe.

Full construction was due to commence in July; the government promised as much when Russian Foreign Minister Sergei Lavrov visited Belgrade in June. But bowing to EU pressure pending a ruling in Brussels on whether the project complies with EU law, Serbia appears to have quietly postponed.

No official announcement was made, but Prime Minister Aleksandar Vu?i? told reporters last week: “There’s no sense in it [the pipeline] starting and ending in Serbia.”

Of Putin’s visit, he said:

One response to “West frowns at Belgrade’s planned Putin parade”