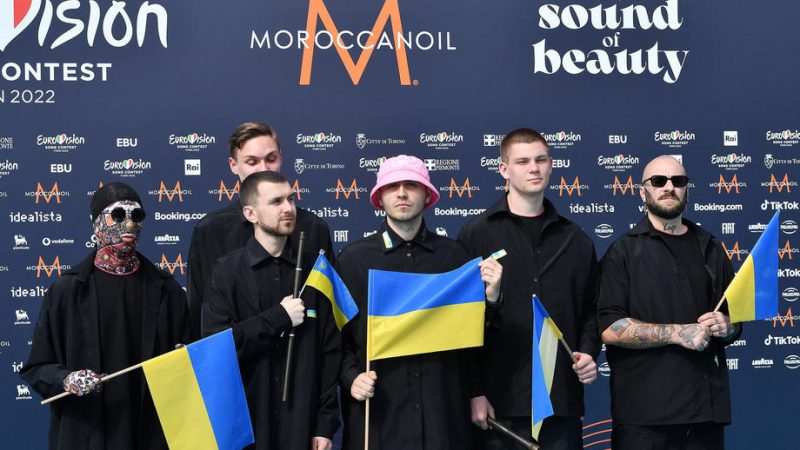 Members of Ukraine's band 'Kalush Orchestra' arrive for the opening ceremony of the Eurovision Song contest in Turin, Italy, 08 May 2022. [DI MARCO/EPA-EFE]

For Ukrainians, the Eurovision Song Contest (ESC) has always been deeply connected with political issues and claims. This year, the political contextualization became even sharper after the Russian invasion of the country.

“In Ukraine, everyone knows about it. Maybe, not everyone is following, but at least they know about it,” explains Leonid Polishchuk, Ukrainian journalist and blogger on Eurovision, adding that the meaning of the contest for Ukrainians is very different to that of other countries.

There is a sense of strong investment from the population in the chosen representative for Ukraine; the country’s delegation has always been committed to their selection, holding thorough national contests in the lead-up.

Ukraine first took part in the Eurovision in 2003, and it was immediately perceived as an event of high attention and, therefore, an opportunity to make a statement to the global community. The year after, Ukraine’s Ruslana won the competition with the song ‘Wild Dances’.

Despite being a formally apolitical TV show meant to connect people, according to Polishchuk, the Eurovision contest has become even more important for Ukrainians after the full-scale Russian invasion of Ukraine in February.

And this year’s entry – ‘Stefania’, performed by Kalush Orchestra – has turned into an anthem of war and redemption.

For Ukrainians, the song about the group frontman’s mother has become a song about the motherland. Eurovision has become more than just light relief from the grinding realities of the war – it is also an opportunity to call the world’s attention to what is happening in the country.

Over the past few months, ‘Stefania’ has already taken top places in music charts, including on Apple Music and Spotify, while Ukraine is predicted to win the contest with an extremely high 45% probability.

“After the Russians invaded, many people started to look for additional meaning in it. For example, those who are sad that they can’t see their mother right now. That’s why the song is now in the hearts and ears of Ukrainians,” explained Oleh Psiuk, the Kalush Orchestra’s frontman.

Many on social media have expressed hope that Kalush Orchestra’s global exposure will highlight the urgent situation on the ground in the country, such as the need to evacuate Ukrainians still at Azovstal in Mariupol. 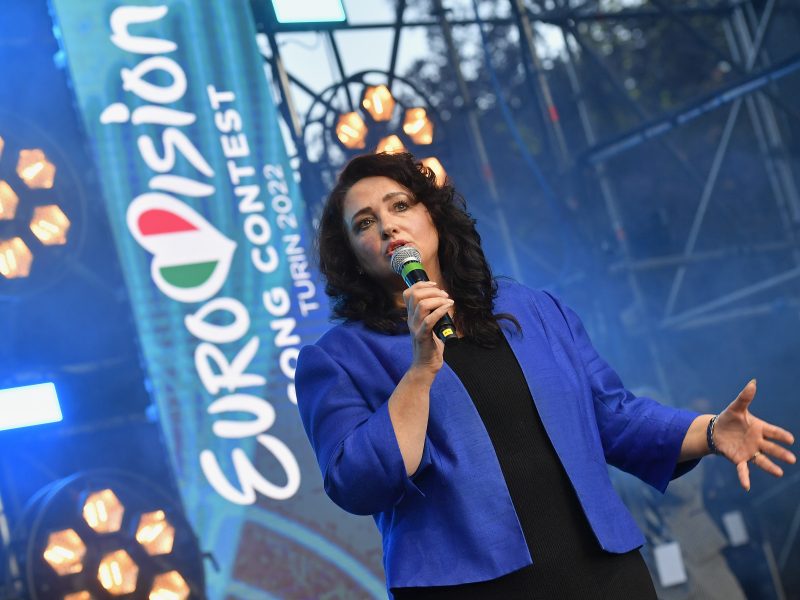 An ‘unusual’ way to get the tickets to Turin

How Kalush Orchestra got their chance to represent Ukraine in the contest underscores the political tone of the country’s engagement with the event.

It was another Ukrainian singer, Alina Pash, who won the national contest, therefore qualifying for the big event held in Turin this year.

However, photos of Pash in Moscow began circulating on social media, alluding to the fact she might have visited occupied Crimea in 2014 through Russia – which is illegal according to national law.

To clear the issue, the singer provided the national broadcaster with some documents. These were revealed to be counterfeit, leading to her disqualification, since candidates who have performed in Russia or illegally entered Crimea are not allowed to represent the country on the Eurovision.

These rules were introduced after an internal scandal with another performer, supposed to represent Ukraine at the Eurovision Song Contest in 2019. There was public outcry after it became known that singer, Maruv, had performed in Russia, leading to the performer not being sent to Tel Aviv, the host city of that year.

A look back at previous editions of the song contest reveals a series of political allusions in Ukraine’s entries.

For instance, the winning Ukraine entry ‘1944’, performed by the singer Jamala in 2016, referred to the deportation of the Crimean Tartars during World War II – which many saw as a thinly disguised condemnation of Russia’s 2014 annexation of Crimea.

In 2007, Ukrainian performer Verka Serduchka was also connected to a political scandal, as the lyrics of her song appeared to say “Russia, goodbye!”. Two years earlier, in 2005, Ukraine chose a key song from the Orange revolution, ‘Razom nas bahato’, as their entry. 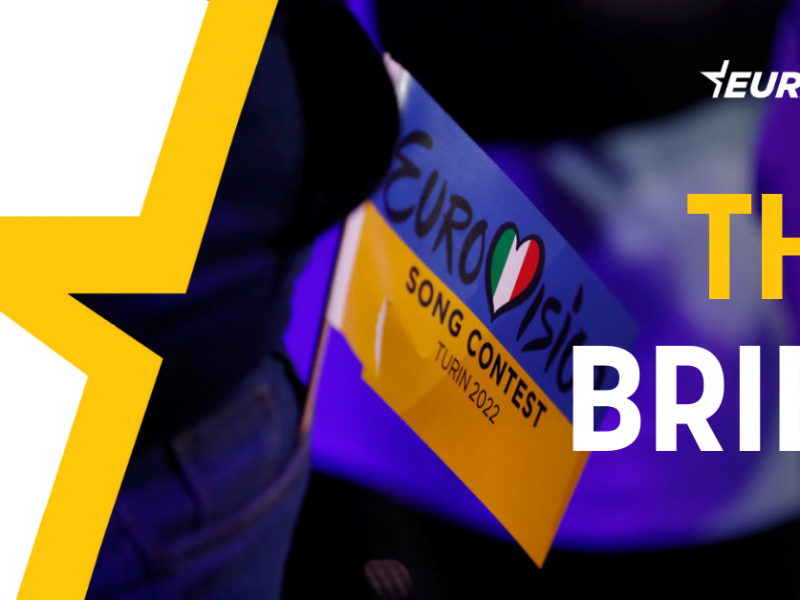