The so-called ‘Normandy format’, first tested in France under its former President Francois Hollande, gathers the heads of state of Russia, Ukraine, France, and the Chancellor of Germany. The last such summit took place in Berlin, in October 2016. This is the first such summit in which the new President of Ukraine will participate.

The summits are based on implementing the so-called Minsk agreements of 5 September 2014 and a more elaborate text of 12 February 2015. It has been obvious however that the leaders of Russia and Ukraine disagree on the interpretation of these agreements.

Speaking to journalists of media such as Der Spiegel, Le Monde and Gazeta Wyborcza, Zelenskiy insisted that local elections in the defined areas of Donetsk and Luhansk regions can be only held in accordance with the Ukrainian legislation after de-occupation takes place.

Control over the border with Russia

It looks like the sides would disagree about the sequence of events. Zelenskiy insists that first Ukraine will re-gain control of its state border with Russia, and elections will be held afterwards. He appeared to recognise however that this is not what the Minsk agreement says.

“It will be the most difficult issue of all, if we get to this discussion sometime. I am honestly telling them: I disagree with how this issue was resolved in the Minsk (agreements). According to the Minsk agreements, first elections will be held, then – control over the border (will be regained),” Zelenskiy said.

“Unfortunately we have a contradiction there. We surely need to resolve it”, he added.

Asked what he would do if the negotiations fail, Zelenskiy said:

“In any case I will not start a war in Donbas.” He said “there are many hot-blooded individuals” who are calling to “take back” Donbas not thinking about the price.

“I think that these individuals are managed by the previous authorities”, he said, obviously referring to former President Petro Poroshenko. He continued:

“Honestly saying it surprises me. It’s not just me who is surprised – ask the politicians abroad. Everyone is surprised that these people are supported and fuelled by saying: it is our country, tomorrow we will get it,” Zelenskyi said.

It is widely expected that gas will be an issue to be discussed bilaterally between Zelenskiy and Putin in Paris. The current deal regarding Russian gas supplies to Ukraine and transit to Europe expires after 31 December, and EU-mediated talks for a new deal held on 28 October ended in deadlock.

On 25 November, Putin and Zelenskiy discussed the issue by phone. 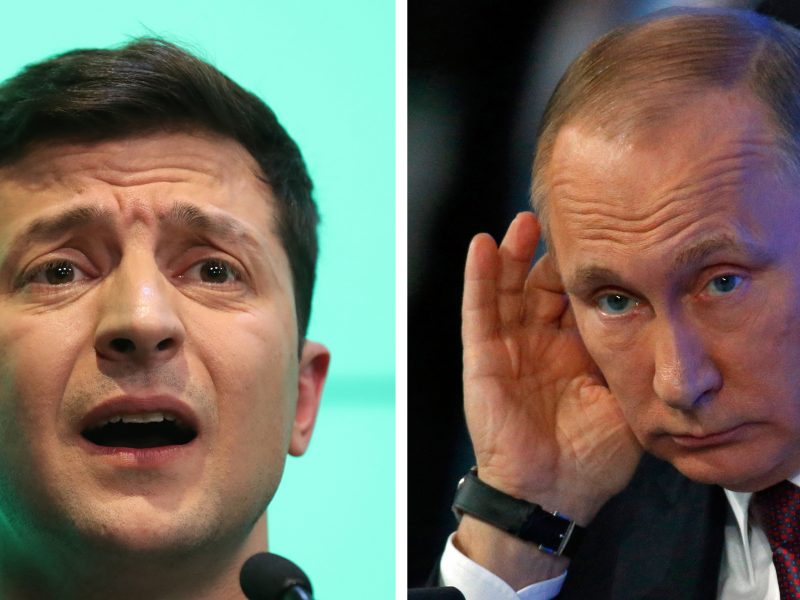 Asked about Nord Steam 2, the Gazprom-led project to double the volume of Russian gas to Germany under the Baltic Sea, Zelenskiy made it clear that this project had undermined the negotiation position of his country.

“Despite our European partners saying that it is not a political but an economic project, I will let myself disagree. If we succeed to agree on a new transit contract valid for up to 10 years, if Europeans help us and Russia does not oppose, we will be then able to say that Nord Stream-2 is not a political project. For now this statement is groundless,” Zelenskyi said.