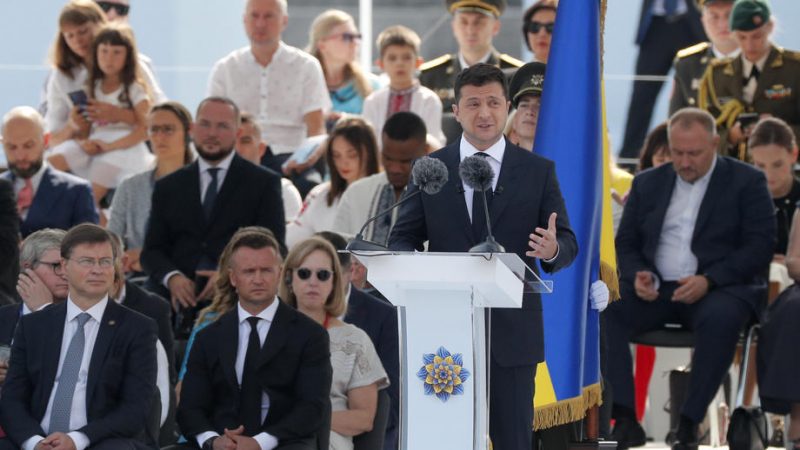 Ukraine celebrated 30 years of independence on Tuesday (24 August) with a military parade and massive festivities in its capital Kyiv, vowing to reclaim territories annexed by Russia, in order to join NATO and the EU and escape Moscow’s stranglehold.

Around 5,000 Ukrainian troops with tanks, armoured personnel carriers, missiles, and air defence system units marched along Central Street in Kyiv, and a parade of Ukrainian Navy units took place at the Black Sea Port in Odesa.

The anniversary came amid an ongoing confrontation with Moscow, which annexed Crimea, a strategic Black Sea peninsula, in 2014 and has since been backing a separatist insurgency in eastern Ukraine.

Opening the parade with an emotional speech in front of thousands gathered at Maidan Square, President Volodymyr Zelenskiy said a strong Ukraine is “a country that dreams ambitiously and acts decisively”.

“Such a country becomes a NATO partner with enhanced opportunities, such a country will be officially supported by others when it applies to join the EU,” Ukraine’s president said.

“But if it is such a country, it won’t need to ask for an invitation, others will invite it,” he added without elaborating.

Earlier this year, Ukraine, which applied to join NATO in 2008, had asked the alliance to accelerate the country’s membership, saying it was the only way to end fighting with pro-Russia separatists.

However, NATO members remain reluctant to embrace Ukraine as long as it has an unresolved conflict with Russia, for fear of ratcheting up tensions with Moscow.

At the same time, Ukraine and NATO member Hungary are also at loggerheads over the right of some 150,000 ethnic Hungarians living in Transcarpathia in western Ukraine to use their native tongue, especially in education. This has lead Budapest to block holding Ukraine-NATO Commission talks. 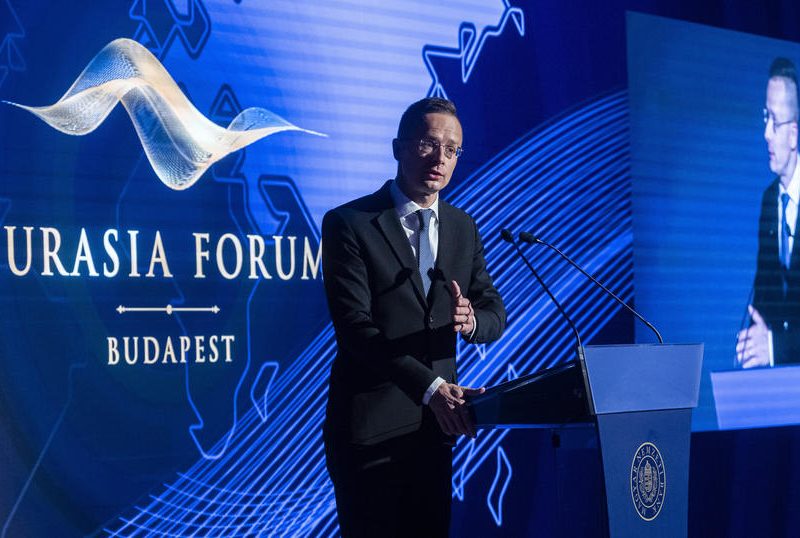 At the same time, three Eastern European countries, Ukraine, Georgia and Moldova, grouped in a new initiative called the ‘Associated Trio’, re-emphasised in May their aim to become EU members.

During Tuesday’s parade in Kyiv, a military orchestra intonated the ‘Ode to Joy’, the unofficial anthem of the European Union, in another subtle message to Brussels.

If anybody had doubts about the symbolism and 🇪🇺 link in #Ukraine’s Independence Day parade: pic.twitter.com/1W7PXxP006

However, Ukraine’s EU and NATO efforts remain hampered by the ongoing war in the country’s east, which Zelenskiy said would return to Ukraine.

“Territories may be occupied, but one can’t occupy the people’s love for Ukraine. One can create a desperate situation and make people get (Russian) passports, but one can’t issue passports for their Ukrainian hearts,” Zelenskiy said.

“If some people in Crimea and Donbas (a region in eastern Ukraine controlled by Russia-backed separatists) are afraid to talk about it, it doesn’t mean they are afraid to think about it. They will come back because we’re family.”

Delegations from 46 countries and blocs, including 14 presidents, attended the parade in Kyiv.

Most had also taken part in the Crimean Platform summit on Monday, initiated by Ukraine to mount pressure on Russia and attract international attention as well as commitments to de-occupy Crimea, seven and a half years after Russian troops seized the strategic Black Sea peninsula.

But German Chancellor Angela Merkel and French President Emmanuel Macron, whose countries are strongly involved in the Normandy format’s efforts to resolve the war situation in Eastern Ukraine, were absent in Kyiv, in what many observers rated was energy ties with Russia taking primacy over security. 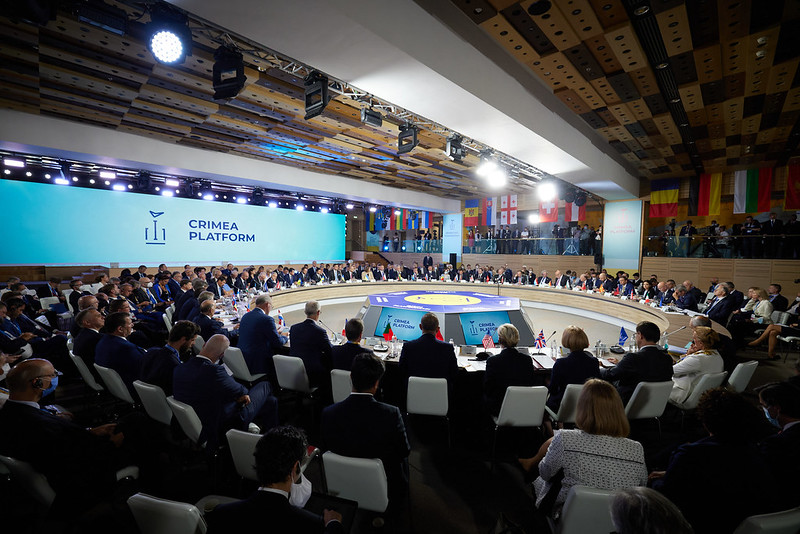