The recurring debate as to whether the EaP should be an accession process or a “joint initiative” is not effective in dealing with the matters at the core of the policy – to achieve a more effective transformative programme and bring about real reform. The “belt of prosperity” has been similarly infelicitous wording, as the six neighbours see themselves as a genuine part of Europe itself. 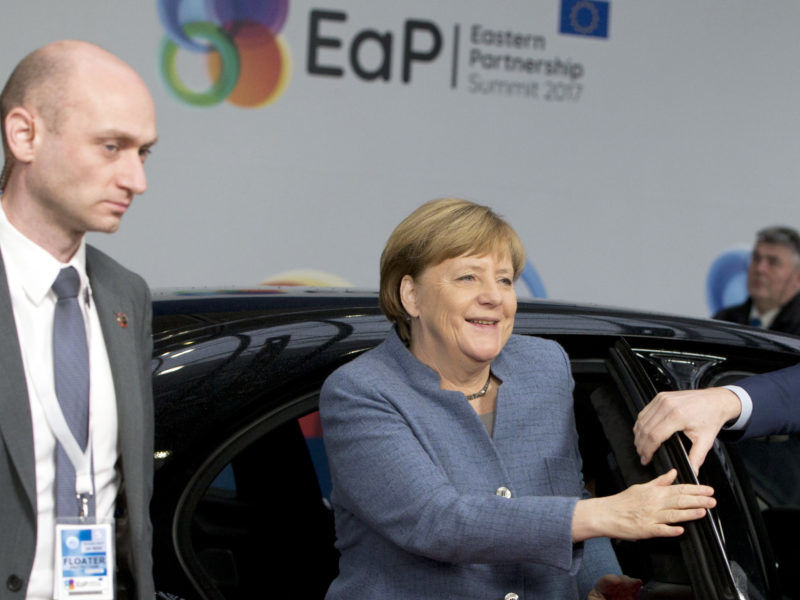 Ukraine’s president Poroshenko, looking for quick successes in light of the presidential and parliamentary elections in 2019, focused on scoring at home with the wording of the summit declaration. Obviously, he should have provided real reform successes instead and abstained from covertly undermining independent anti-corruption courts over the summer.

The EU is doing a great job monitoring reforms in the partner countries, intensively cooperating with civil societies. What still markedly lacks in most neighbour countries is political competition. Many decision-makers there are more apt at imitating reform than implementing.

The EU, in turn, should be more creative in its instruments pressuring for reform, incentivising but also reclaiming funds. It undermined its own positive efforts when the Commission President Juncker supported Poroshenko’s dodge of an independent judiciary at the EU-Ukraine summit in July.

If Brussels does not stay united and consistently pressures its counterparts for diligent implementation, the EU is implausible for potential new elites in the partner countries who are serious about reform and see the EU as their anchor.

Naturally, for transformation to be sustainable, it is indispensable that the EU takes more interest in the neighbours’ historical experience and concerns. Working on a White Paper on the Future of Europe without their input is the wrong signal – for the neighbours and for the EU’s own citizens.

After all, the challenges in Europe’s East are closely linked to stability and prosperity in the EU itself.

The Brief: The Eastern Partnership homecoming

Today’s Eastern Partnership (EaP) summit is the first to be held in Brussels.  EaP was born under the 2009 Czech Presidency, as a response to the Union of the Mediterranean launched moths before under the French Presidency of Nicolas Sarkozy. …