Deliver arms before the second wave comes down on Ukraine 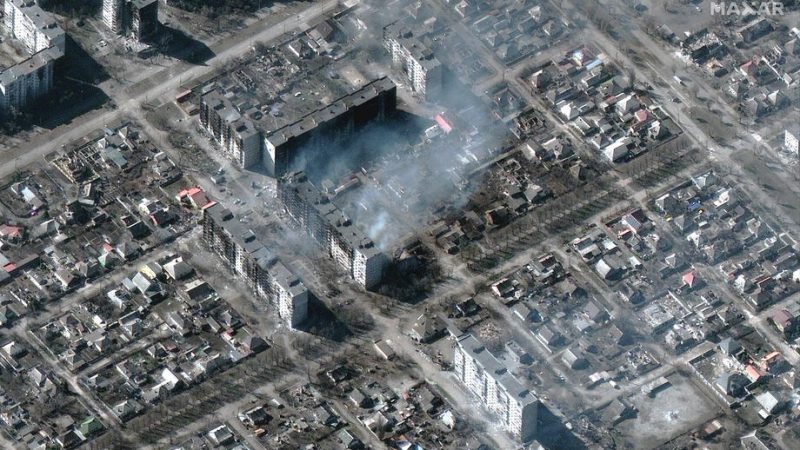 To stop Russian imperialism and expansionism in Ukraine (which is in our best self-interest), the West must continue to deliver arms to Ukraine before it is too late. Only if Ukraine can blunt the sword of Russia’s second strike may Vladimir Putin accept that he can’t achieve his aims in Ukraine militarily, writes Gustav Gressel.

Gustav Gressel is a senior policy fellow of the Wider Europe Programme at the European Council on Foreign Relations (ECFR).

Four weeks into Russia’s war of aggression against Ukraine, the fronts are stalled. Except for the besieged city of Mariupol, Russia’s forces have not made progress.

In the first days, Russian operative planning rested on wishful thinking, running into unexpectedly stiff resistance. Now, much of the confidence in their superiors is gone amongst Russian soldiers, and the organisational chaos that unfolded in the first phase of the war is hard to recover from.

This situation has convinced some that Ukrainian victory would be within reach; others believe Putin may soon seek a compromise in negotiations.

But it is too soon to celebrate. In fact, the Russian invasion forces are in an operational pause, but they have had their pauses in the war in Donbas and Syria, respectively. Pauses do not mean the war is over and 1 April is approaching.

The hysteric propaganda on Russian TV and Putin reassuring that the “heroic service” of Russian soldiers in a “special operation” which is “going according to plan” is nothing but an attempt to mobilise these young men to sign up – and an implicit order for their superiors to force them into volunteering.

So there will be a second wave of offensive once Moscow can throw new forces into the theatre.

Negotiations on the one hand and nuclear threats on the other are a diversion to keep Europeans hopeful and nervous at the same time. Moscow wants the West to de-prioritise arms deliveries, either for the hope of a negotiated settlement or the fear of nuclear war. Neither will happen.

In fact, the West needs to double down on arms deliveries: only if Ukraine can blunt the sword of Russia’s second strike, Putin may accept that he can’t gain his aims in Ukraine militarily. To do that, Ukraine needs to resupply and re-equip its armed forces. These three weeks have been exhaustive for both.

On discussing arms supplies, the discussion in the West is still dominated by the social media images we get from the battlefield: urban conflict, light Ukrainian infantry fighting Russian tanks and armoured vehicles.

And while the US-supplied Javelin and UK supplied NLAW missiles have been crucial to destroy a lot of Russian armour, the truth is that beyond the cities and beyond the camera range of journalists, the Ukrainian armed forces are skilfully fighting a mobile defence using their own armoured formations.

Counterattacks are essential to driving Russian forces off strong positions and stabilise the defending lines. Despite the skills and bravery Ukrainian forces show at this, it came at a cost. As of 21 March, the Oryx project counted 388 confirmed Ukrainian armoured fighting vehicles lost.

Air defence is another critical aspect. So far, Ukraine could preserve most of its heavy surface-to-air missiles (SAM) and aircraft, which still pose a threat to incoming Russian aeroplanes and cruise missiles. But ammunition is running low.

Last week, President Biden announced approaching allies to send their stocks of heavy SAMs to Ukraine. While the issue of delivering Polish MiG-29 was stalled, it may be revisited. But this is not enough, unfortunately.

We have a window of opportunity until early to mid-April to resupply and re-equip Ukraine’s mechanised reserves. The fastest and easiest way to do so is to provide various modernised variants of the T-72 tank and other armoured vehicles, artillery systems and corresponding ammunition present in NATO’s eastern members’ arsenals.

But if they have to empty their storage, other allied forces’ deployment into Eastern Europe needs to make up for the exodus in defence material.

Looking beyond April, other equipment should be considered too. The Ukrainian state and its armed forces have lasted much longer than most Western analysts predicted they would, and they will continue to stick around for longer.

While more sophisticated Western weapons systems – like main battle tanks or medium-range air defence systems – would need months to be effective on the ground given the necessary preparations in logistics and training, we will have these months to do so if we start to move things now.

Stopping Russian imperialism and expansionism in Ukraine is in our best self-interest. A Russia that emerges victoriously from this war would be a very unpleasant neighbour, hard to deter and keep in check.

On the other hand, as Putin has emphasised making military might and glory the centrepiece of Russia’s new identity, nothing would shatter the regime’s foundation more than defeat on the battlefield.

Ukrainians fight for their future and ours. They deserve every bit of support we can muster.